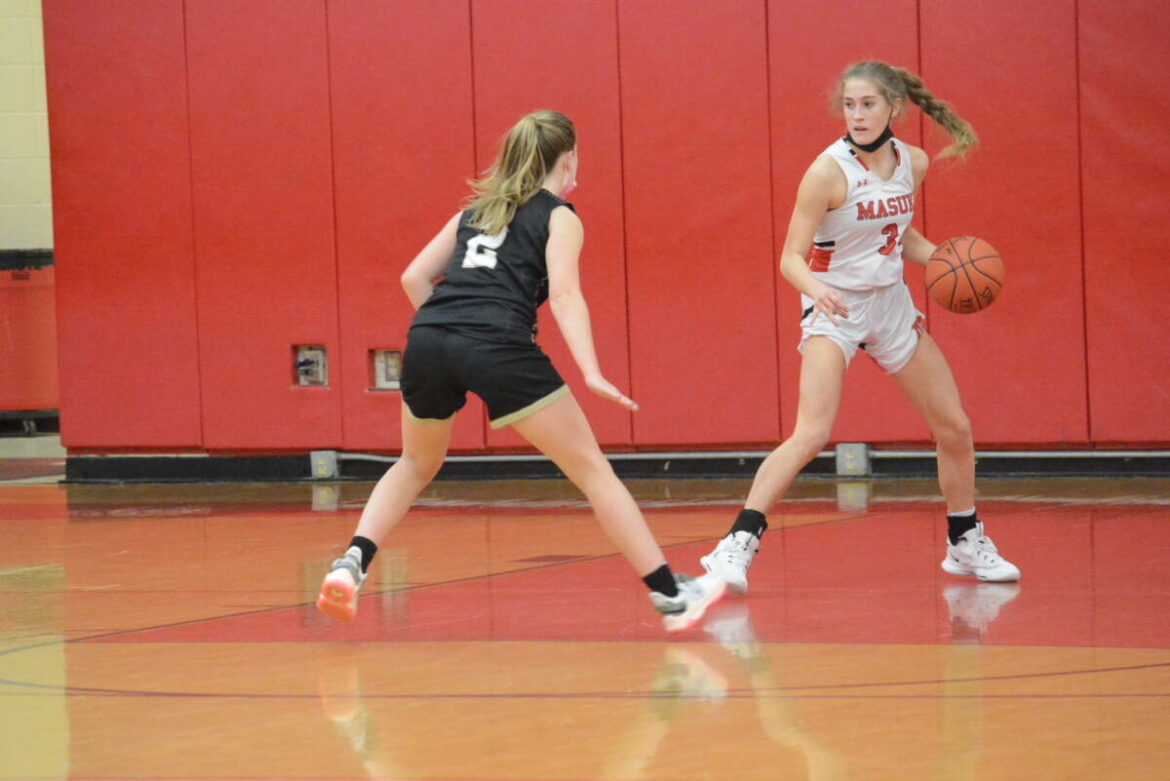 Masuk High’s girls basketball team, under the direction of first-year Head Coach Scott Corchard, posted an 8-12 overall record (5-8 in South-West Conference play) and qualified for the Class L State Tournament which begins the last week of February. This will be Masuk’s first state tourney appearance since 2019.

The Panthers rebounded from a 41-31 loss to visiting New Fairfield on Feb. 11 with a 48-43 victory at Kolbe Cathedral  on Feb. 15 to end the regular slate.

Natalie Lieto grabbed 12 rebounds and had three steals, and Claire Martinsky had 10 rebounds and three assists.

Bodden also compiled nine rebounds, Natalie Lieto had six rebounds and a trio of steals and Fagan had five rebounds.