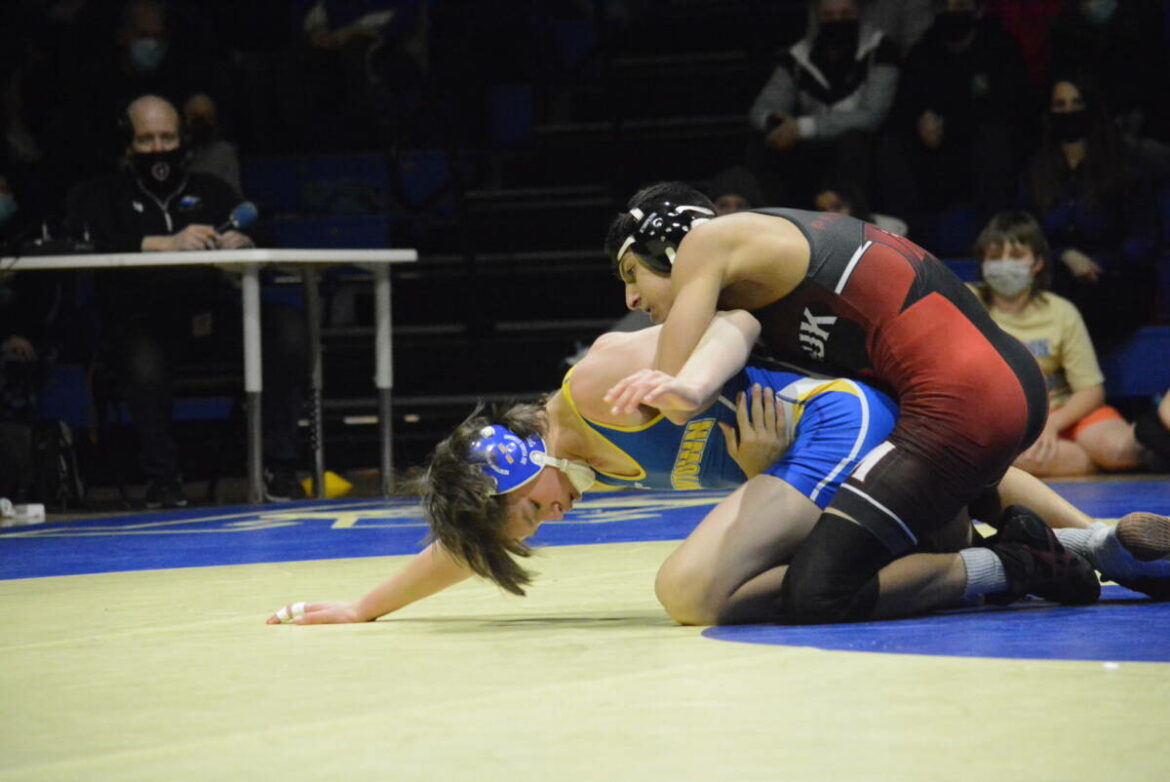 Luke Longo, one of Masuk's returning wrestlers, competes during a match last winter.

MONROE, CT — The future looks bright for Masuk High’s wrestling program. The roster nearly doubled from a year ago and with a deeper lineup teams face less weight division forfeits. Several newcomers should also result in plenty of experience gained on the mats.

Masuk opens the season when Bethel comes to town Wednesday at 6 p.m. After visiting Pomperaug of Southbury one week later, on Dec. 21, also at 6, the Panthers finish off the calendar year with tournaments at Jonathan Law in Milford on Dec. 27 and in Trumbull on Dec. 30.