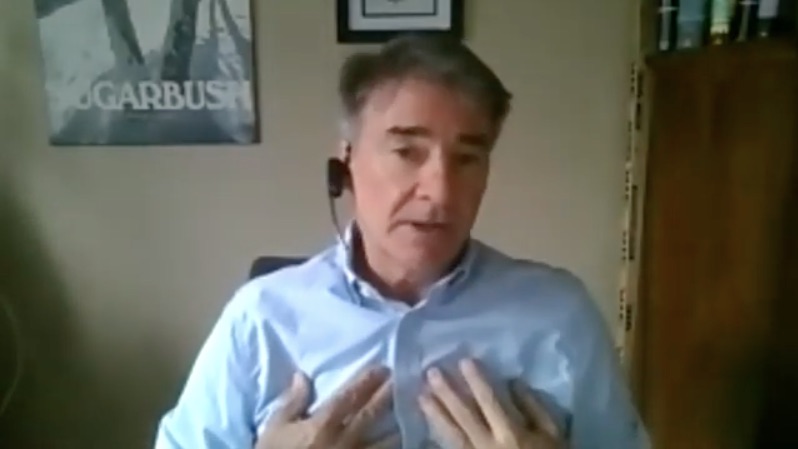 MONROE, CT — In a Monroe Parents Meet the Candidates interview featuring the three candidates running in the special election for the Connecticut General Assembly’s open 112th District seat, William “Bill” Furrier of Sandy Hook, a vocal critic of Connecticut’s partial shutdown amid the pandemic, revealed that he has COVID-19.

The two candidates from Monroe, Republican, Tony Scott, and Democrat, Nick Kapoor, also participated in the in-depth interview, conducted by Davinder Heslin and Michael Ganino. A link to the YouTube video, which is just over an hour long, was posted on the Monroe Parents, CT Facebook page Sunday night.

Furrier told the moderators he has COVID while answering Ganino’s question, “what do you see as the most pressing issues in the Monroe and Newtown community?”

“I think there’s a lot of small, local businesses that have really been hurt by this,” Furrier said. “We need to open the state and we need to open it immediately. It’s the most important thing that there is.”

Furrier noted how a lot of people who work for corporations, like he does, have been fortunate to be able to work from home during the pandemic, but said, “the economy is run by small businesses. The local economy thrives with local businesses. Right now, local businesses are being hurt by this.”

“What I find to be most ironic is, that everybody to the man, without exception, every single person has said to me, ‘feel better,'” Furrier said. “They haven’t said, ‘gee, I’m so sad that you just came down with the pandemic.’ People are like, ‘please, feel better.’ Everybody knows that this is not worthy of shutting down the state. Everybody knows it.”

“It’s time that we insist that Hatford opens the state and opens it now,” he continued. “Now that doesn’t mean people aren’t going to take common sense precautions, they just shouldn’t be state mandated. It should be up to the local individuals, businesses and churches, schools, to decide what precautions are right for them.”

However, Furrier said those who are particularly vulnerable should take precautions and the state should offer them assistance wherever it can. Regardless of that, he said there is no reason to lockdown society. 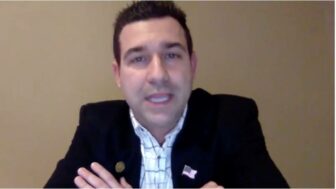 Tony Scott answers a question during the Monroe Parents Meet the Candidates interview.

While Furrier focused on the pandemic as the most pressing issue facing the district, Scott talked about making Connecticut an affordable place to live.

If elected, Scott said everything he does will be through the mindset and the lens of Connecticut being affordable for all ages.

He said officials must make sure property taxes are not too high, so senior citizens living on fixed incomes will not be forced to sell their homes and leave the state. Scott also said legislators must ensure high school and college graduates have jobs, and that Connecticut is affordable enough for them to stay here.

“And for families like myself, we have to make sure it’s safe and secure,” said Scott, a married father of two. 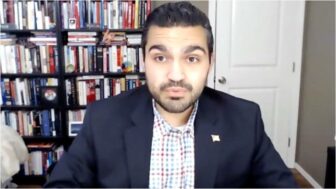 Nick Kapoor answers a question during the Monroe Parents Meet the Candidates interview.

Kapoor said unemployment is still high as Connecticut comes out of the pandemic, and spoke of the importance of the state budget and how people are taxed.

“I think taxes need to be as low and as fair as possible,” he said, adding it should be appropriate for all residents in Connecticut without sacrificing programs.

Kapoor, a Monroe Board of Education member, said he is in charge of putting together budgets for his family business and has been involved in the town budget process.

If elected, Kapoor also said he wants to seek a seat on the Appropriations Committee to make sure Monroe and Newtown are getting what they deserve from the state budget.

To watch the entire interview, which covers a wide range of topics, see the embedded video below or visit the Monroe Parents, CT Facebook page: