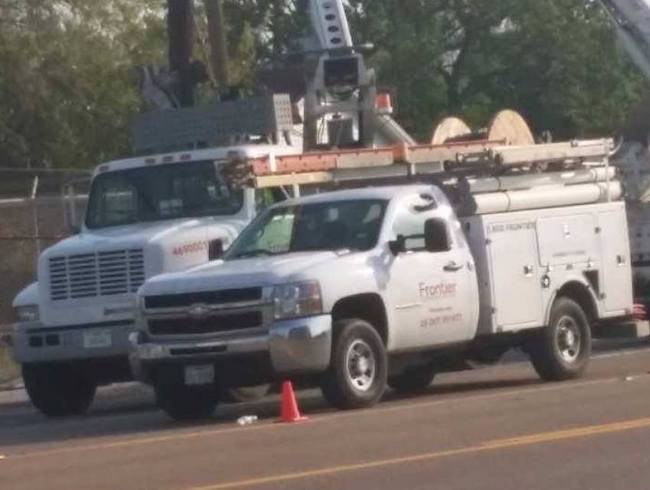 This photo of Frontier trucks was taken from the company's Facebook page.

MONROE, CT — Work crews from Frontier are installing fiber optic cable throughout town for its broadband internet service, and the work is expected to continue into this summer.

“Town officials and I recently met with Frontier representatives, who advised us that residents may see even more Frontier trucks in town, as about a half dozen crews may be in Monroe each day through July,” First Selectman Ken Kellogg said in his last update to the Town Council.

The installation of cable will be both overhead and underground, though Frontier says most of it will be overhead.

Residents in neighborhoods with underground utilities will receive a door hanger from Frontier explaining the process, including restoration of lawns, according to Kellogg. 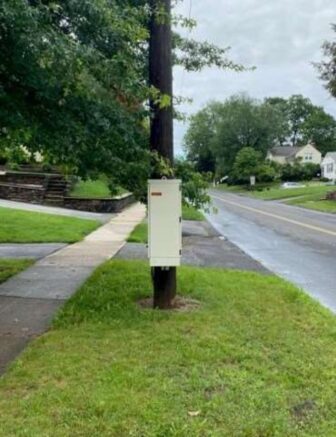 “Other residents may receive a letter from Frontier advising that an aerial fiber distribution hub is being installed near their property,” Kellogg said. “These distribution boxes are attached to a nearby utility pole. The letter will explain how to contact Frontier should you have any concerns.”

The 2022 build will serve approximately 7,400 single family and business units, with the capacity to provide unlimited additional future services, according to Frontier.

“We are defining single family units as anything up to 4 units,” said Michael J. Cicchetti, vice president of Government and External Affairs at Frontier Communications.

Frontier FiberOptic plans start at 500Mbps and can go as high as a 2.0 Gigabit service.

“Frontier now offers internet service as fast as 2 gigabit per second, allowing consumers to upload videos and files up to 50 times faster than the broadband service offered by cable companies in Connecticut,” according to a company press release.

“That means more people in the same household can enjoy great speeds at the same time, while working from home, home schooling, streaming, or just surfing the web,” the release continues.