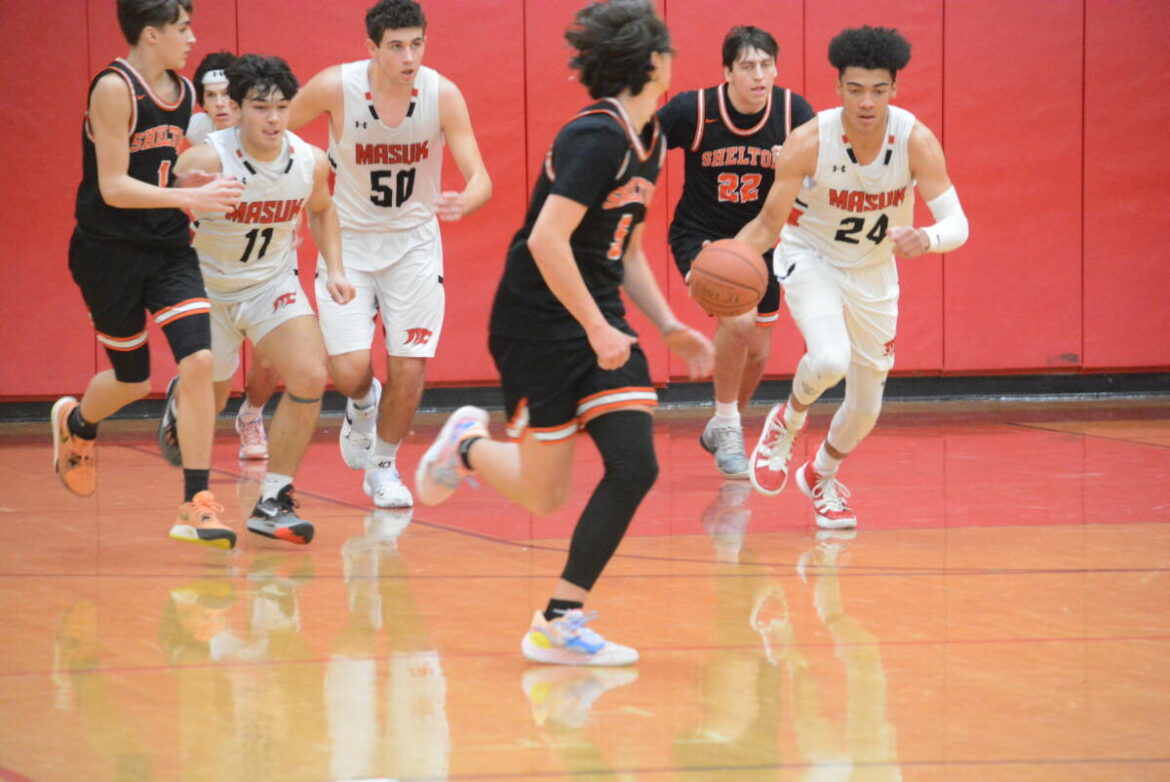 Tyler Newsom makes a move up the court as teammates Ethan Palma (No. 11) and Matt Domenichelli (No. 50) join the play.

MONROE, CT — It was a collective effort and show of resiliency by the Masuk High boys basketball team in its first two games, and freshman Tyler Newsom played a big role in the Panthers’ winning start — a 51-48 win over Trumbull on Thursday followed by a 52-37 victory over Shelton two days later, both at home.

Trailing Trumbull late, Masuk went up a point on a Newsom jumper in the paint. The Panthers got a stop, Newsom got the rebound, was fouled, and hit a pair of clutch free throws to help seal the win.

Masuk fell behind early but clawed back.

“We were down 20-7 after the first quarter and then started chipping away. Boys never gave up,” Masuk Coach Pete Szklarz said. 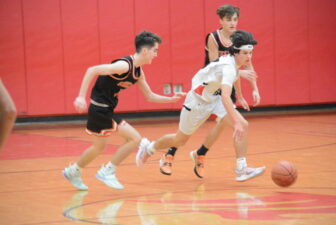 Newsom scored 21 to lead the Panthers. Matt Domenichelli scored nine and Dylan Jackson had eight for the Panthers, who scored 17 in the second quarter and 20 in the third. Masuk trailed 31-24 at halftime and led 44-41 heading to the fourth.

In game two, Shelton jumped out to a 6-0 lead. The Panthers fought back with seven straight points and things were tied 9-9 after one quarter of play. Masuk seized control in the second and built a 21-14 halftime lead.

Stephen Sentementes led the way with 16 points, Newsom had 15, and Greg Nivison and Alex Simouldis both added six.