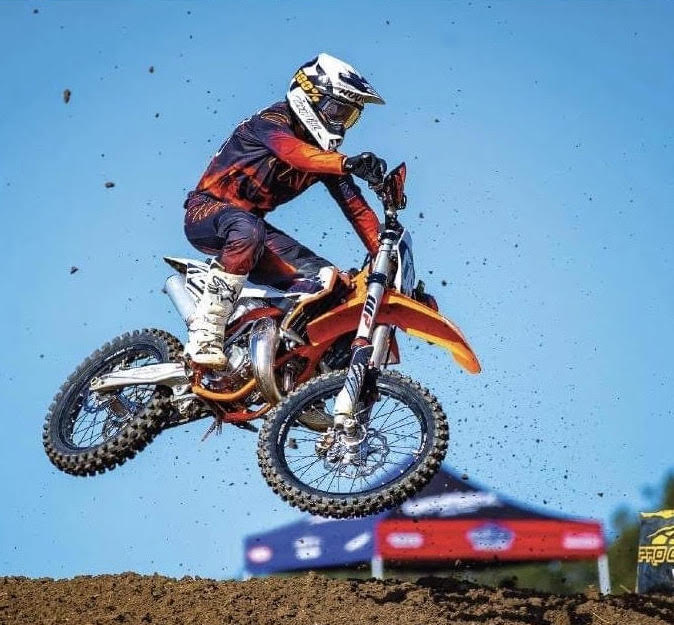 Michael Nussbaum is riding high, while competing against national competition in Tennessee this summer.

Ever since Michael Nussbaum hopped on his first dirt bike at age six, he knew it was something he would do forever. Now, 10 years later, the 16-year-old Monroe resident is competing in the 41st annual Monster Energy AMA Amateur National Motocross Championship at the famed Loretta Lynn Ranch in Hurricane Mills, Tenn.

“This has been my dream since I was a little kid,” Nussbaum said of qualifying for the competition.

The AMA Amateur National Motocross Championship is revolutionary in the world of motocross. To even be considered, riders must be ranked and have earned 60 or more advancement points in various races continuously.

With over 1,000 participants from various locations throughout the world, spanning 36 different classes of competition, those racing in the Amateur National Championship are competing with the best.

“Just being here makes you an elite racer and a top athlete,” said Tim Cotter, director of MX Sports. “A solid finish at Loretta’s would give you instant National recognition and a possible professional career.”

The AMA Amateur National Motocross Championship is being held from Aug. 1 through 6 and Nussbaum is competing in the 125C event, while riding his 125cc bike in the 250cc Jr. class.

Motocross has become a huge part of Nussbaum’s life and is something he dedicates his time to.“I travel all around the United States to race,” he said. “I have won a lot of races and state championships in many different states.” 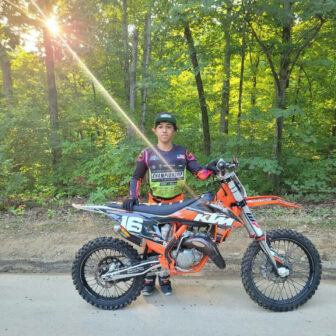 A fierce competitor, Nussbaum has also ranked and won overalls for D34mx races and has won races at his local track at the Milford Riders Club, making him a qualifier for the AMA Championship.

“Some sponsors see me at races or the track, and some I get from applying with my resume,” he said. “Others are because they love motocross and want to help out.”

Nussbaum’s family has been supportive of him throughout his racing experience. From going to practice together, watching races and traveling to various locations throughout the nation for competitions, they are there for it all. 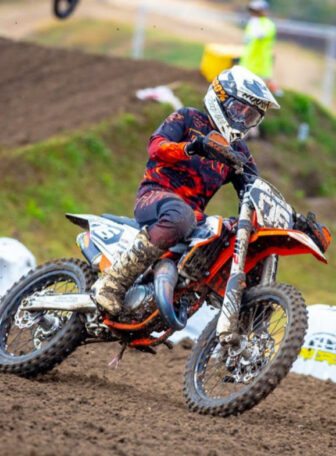 “My mom works around the clock and my dad does everything to make sure my bikes are perfect,” Nussbaum said. “We do everything as a family. We are always together.”

Despite his early success, Nussbaum acknowledges that not everything in motocross comes easy. “Like everything, there are challenges,” he said. “You just need to find balance.”

Nussbaum does not envision a future without motocross. “My dream is to become a pro racer,” he said, “to keep on riding.”