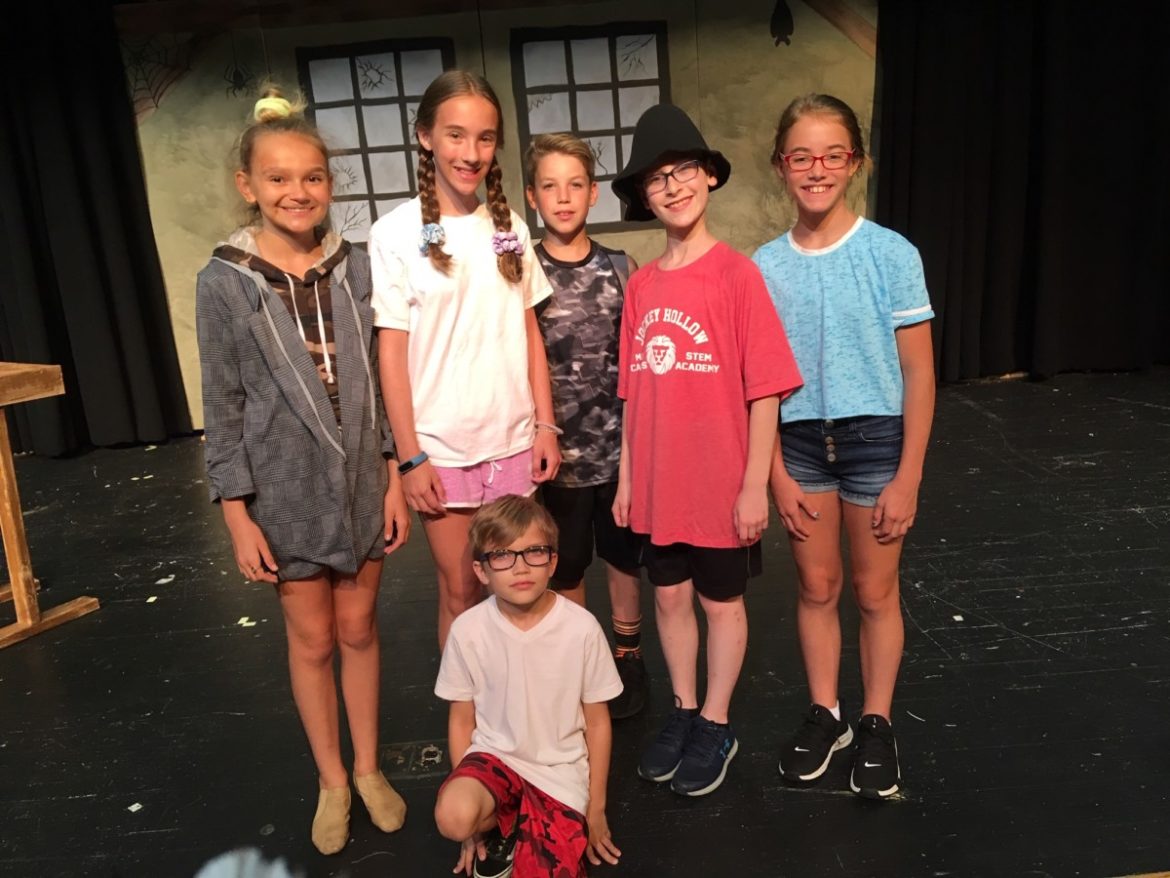 The Sun did not get parents' permission to use children's names, so the characters standing, from left, are the Cowardly Lion, Dorothy, the Tin Man, the Scarecrow and the Wicked Witch of the West. Kneeling is Toto.

As the threat of the Wicked Witch of the West looms, Dorothy will embark on her journey back home to Kansas with the Cowardly Lion, the Tin Man and the Scarecrow by her side. The classic story will play out in the Two Planks’ Junior Summer Theater Program production of “The Wizard of Oz” this Saturday.

Actors, whose ages range from seven to 12, will perform two shows at Jockey Hollow Middle School at 2 p.m. and 7:30 p.m.

“It’s Two Planks’ goal to train them to be a triple threat in acting, singing and dancing,” said Robert Halliwell, the director.

Tickets cost $15 each and can be bought in advance, online at twoplankstheater.org or at the door Saturday.

Tickets are also available for next weekend’s show, “The 25th Annual Putnam County Spelling Bee,” to be performed by the Summer Theater Workshop for actors ages 13 to 21. Tickets are $25 each for 8 p.m. shows on Thursday, Aug. 1; Friday, Aug. 2; and Saturday, Aug. 3.

“We didn’t have as many participants in our teen group as in previous years,” said Susan Halliwell, who is David’s wife and the executive and artistic director of the theater company, “but this group has more advanced students and they’re taking on a challenging musical. This show won numerous Tony Awards in 2005.”

She said the musical is about eight awkward adolescents competing in a spelling bee, each having spent hours and hours preparing for the numerous levels of competition before coming together at the county spelling bee.

Halliwell said each contestant has their own teenage quirks, shaped in part by pressure from their parents or no pressure at all in some cases.

“Throughout the evening, we find out who they are as they begin to learn about themselves and start to realize they can be more vulnerable, that winning isn’t everything and they concentrate more on the relationships with the other participants rather than the competition,” she said.

Halliwell said “The 25th Annual Putnam County Spelling Bee” will have audience participation. “Audience members can sign up to be guest spellers as part of the fun,” she said.

The 22 children in Two Planks’ Junior program took acting, vocal and dancing classes before rehearsals for five weeks leading up to “The Wizard of Oz” and the teen workshop is three days of master classes a week for six weeks.

Judy Abbatiello is the choreographer for both productions.

“We have a lot of talent in both shows,” she said. “They’ve worked hard in dance class. They have been a pleasure to work with.”