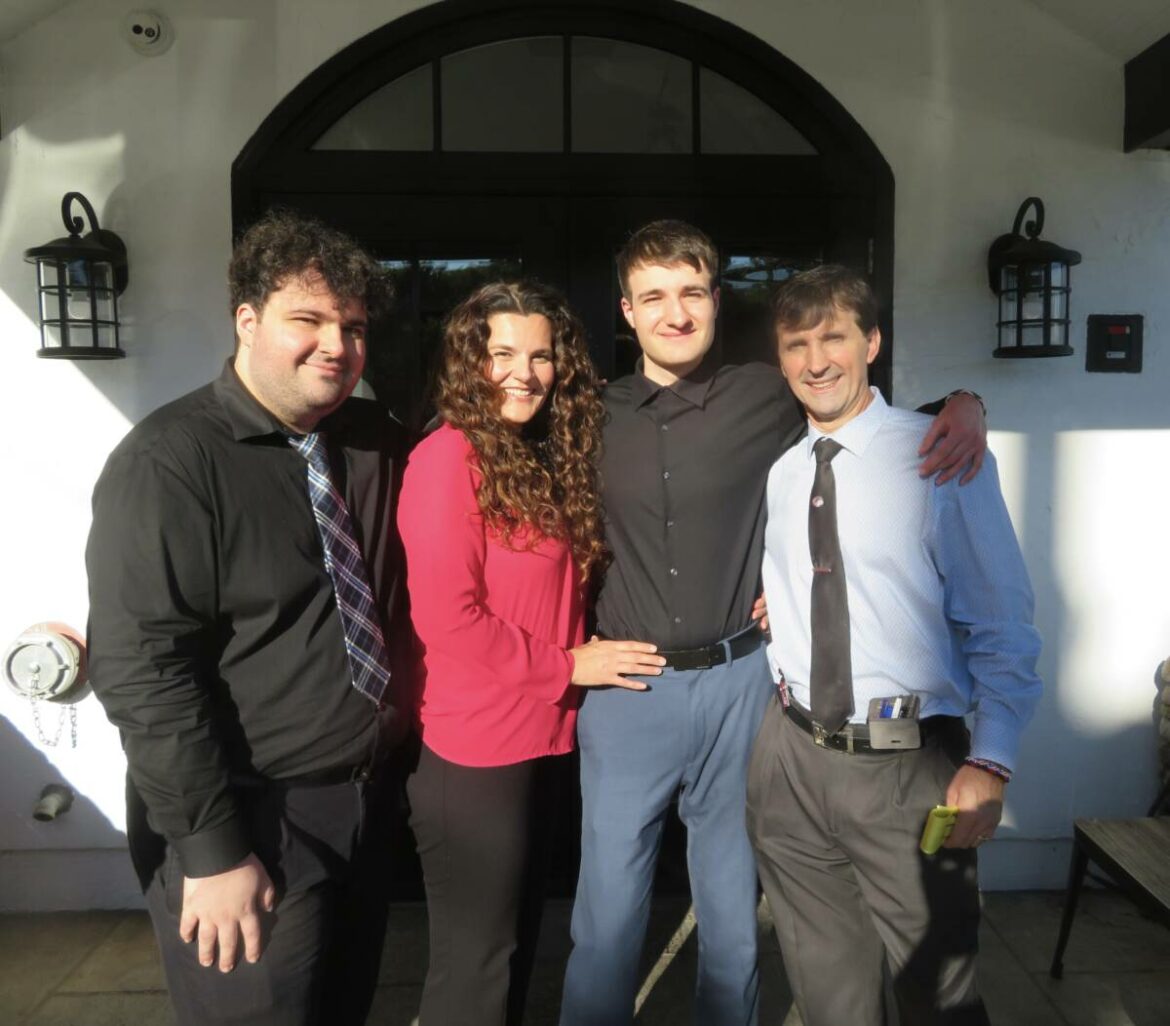 Meta “Michael” Rugova, right, celebrates the grand opening of Flames, his restaurant at 262 Main St., Thursday. Here he is with his family, from left, son Petrit, wife Susan, and son Jeton.

MONROE, CT — Flames, a new restaurant at 262 Main St., first opened its doors on July 16, but guests mingled over appetizers during a celebration of its official grand opening Thursday evening.

Meta “Michael” Rugova, who was previously part-owner of two restaurants, including Mulino’s of Connecticut in Fairfield, now owns Flames, marking the first time the restauranteur has a sole proprietorship.

“This is Northern Italian cuisine,” Rugova said. “I have a lot of Portuguese friends I played soccer with for years, so there is also some Portuguese flare. We have about four dishes.” 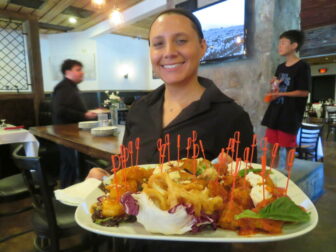 Since opening, Flames, which has a bar and lounge area, a dining room and a private party room, has had a steady stream of hungry patrons.

Flames’ chef is Pedro Lazaro, who used to be the chef at Mulino’s.

The building at 262 Main St. became available when Republic Kitchen closed. It was among a string of restaurants that came and went over the years, including Tavern, Rivalry Sports Grille and Señor Pancho’s. 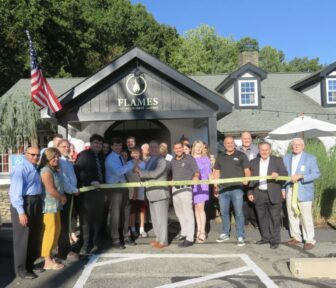 “We’re here to stay,” Rugova said. “I want Flames to be a place where people say, ‘oh, you must go there and try it.'”

Rugova was accompanied by his wife, Susan, and their sons, Petrit and Jeton. Rugova’s brother-in-law also attended the event with his 11-year-old twins — a son and daughter.

After Kellogg cut the ribbon with a giant pair of scissors and the crowd cheered, the first selectman turned to Rugova and said, “congratulations on behalf of the town of Monroe. We’re glad to have you here and wish you success for years to come.” 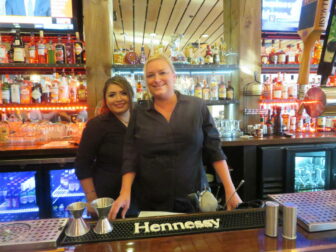 In addition to its dining room, Flames has a bar and lounge area.

“It’s a testimonial to this wonderful family,” Giovanni said. “I ate here with my wife and family and I can’t say enough about the food, the service and the wonderful hospitality. The kindness exudes everywhere.”

Rugova expressed his appreciation to the town officials who attended Thursday’s celebration. He said, “I thank them from the bottom of my heart.”