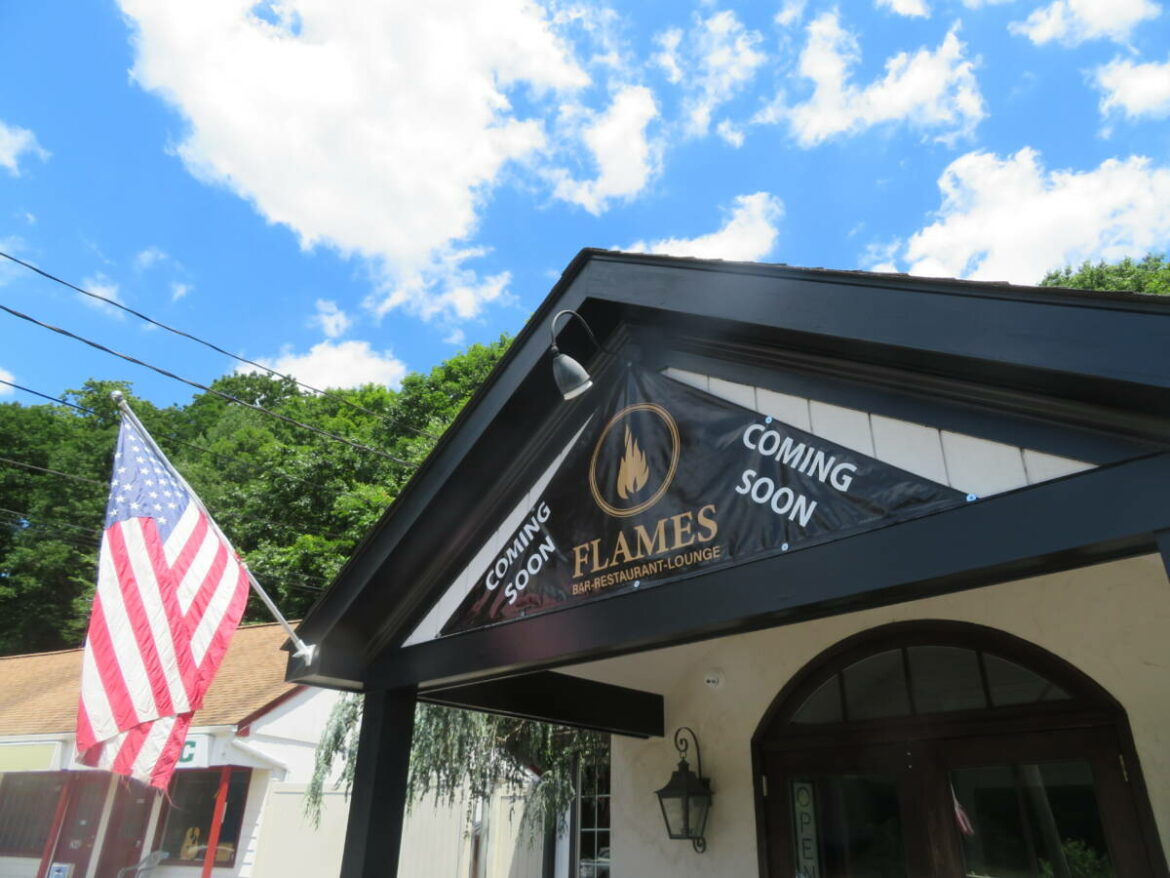 MONROE, CT — Meta “Michael” Rugova broke into the restaurant business as a 17-year-old busboy at The Dolphin in New York, but it only took him two weeks to earn a promotion to waiter, starting a long career as a server which led to partnerships at two restaurants, including Mulino’s of Connecticut in Fairfield. Now, he’s going it alone.

Next month he will open Flames bar, restaurant and lounge at 262 Main St. in Monroe, the same building last occupied by Republic Kitchen. 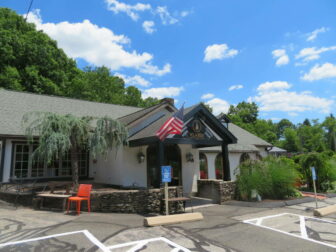 Flames restaurant will open at 262 Main St., where Republic Kitchen was since 2018. Prior to that it was Tavern and Rivalry Sports Grille. It was also a Señor Pancho’s which was damaged in a fire in 2003.

On Wednesday afternoon, a sandwich board sign advertised that Flames is now hiring staff and temporary signs on the building announced the restaurant is opening soon. White work vans were parked in front of the building and Rugova oversaw work inside.

Rugova said he scouted places in Bethel, Newtown, Brookfield and Westport before choosing to open in Monroe.

“I live in Trumbull, so I drive by here,” he said. “This place became available. I think the location has high visibility on a main road with a lot of traffic, parking and a desirable space.”

Rugova will run his new restaurant with his wife, Susan, and the help of their two sons, Petrit and Jeton, who are both in their early twenties.

“I’m looking forward to being part of this community,” he said, adding his hope that Flames’ patrons will become like a second family. “I know we’re going to have great food and provide great service.” 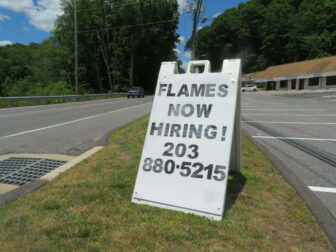 Jobs are available at Flames bar, restaurant and lounge.

Those with fond memories of the food at Mulino’s may be happy to hear about Flames’ chef.

“The chef from Mulino’s will be the chef here,” Rugova said of Pedro Lazaro.

Entrees will include lobster ravioli, a Kobe beef burger, filet mignon with a peppercorn cognac and a touch of cream sauce, chicken piccata, and seafood risotto among the many options.

Rugova plans to have sports on the three giant TV screens in the bar area — one screen is over a two-way fireplace.

Beyond the bar and lounge area is a dining room, which is two connected rooms. The restaurant also has a private party room that can seat up to 40 people.

Rugova said he hopes Flames will be ready for a soft opening in two weeks.

From Montenegro to Monroe

Rugova is Albanian, but he grew up in Montenegro, a small country in Southeastern Europe. His family moved to Westchester County in New York when he was 17.

While going to school, he bussed tables at The Dolphin, before being promoted to waiter in two weeks. Then he waited tables at DeGrezia, an Italian restaurant, for 10 years.

His first experience as an owner was as a partner and server at Mulino’s of Connecticut in Fairfield for another decade. “It was a family endeavor,” Rugova recalled.

While pursuing his next opportunity, Rugova worked as a server for four months at Homestead Inn in Greenwich, a restaurant featuring French and Mediterranean cuisine.

Then he opened a restaurant in Danbury with partners, helping to run if for many years before deciding to go completely on his own with Flames in Monroe.

“I like the name,” Rugova said. “In my opinion it’s a very catchy name, short and sweet.”