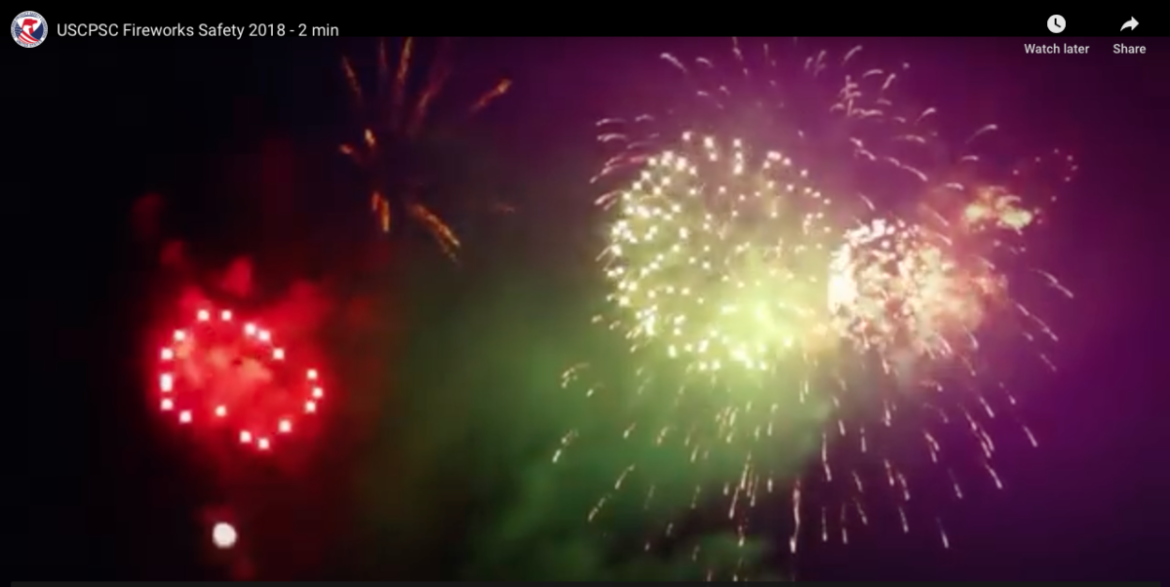 Illegal fireworks include any that are capable of producing “a visible or audible effect by combustion, explosion, deflagration or detonation, and includes blank cartridges, toy pistols, toy cannons, toy canes, in which explosives are used, the type of balloons which require fire underneath to propel them, firecrackers, torpedoes, skyrockets, Roman candles, and any fireworks containing any explosive substance.”

Kellogg shared statistics on injuries related to fireworks, as well as safety tips on Facebook.

In 2011, the U.S. Consumer Product Safety Commission performed a study of fireworks injuries from June 17 through July 17. It found:

Safety tips shared by Kellogg were also compiled by the CPSC. Among them: