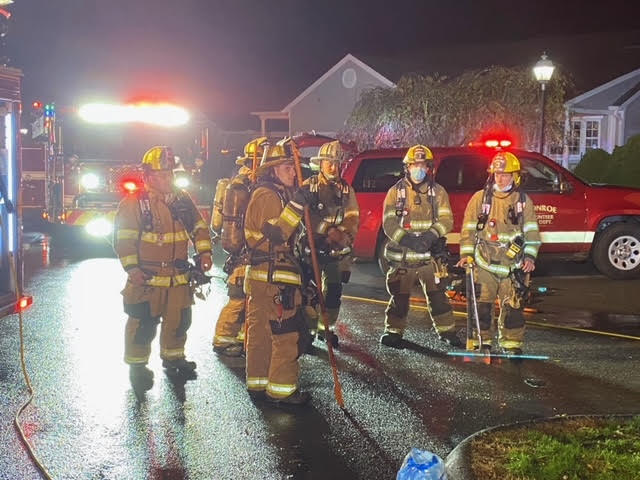 Firefighters work at the scene of a fire at High Meadows condos early Thursday morning.

“Firefighters were fortunate to narrowly escape injury when they detected a partial collapse of the main floor into the basement,” Catalano said. “Firefighters ultimately entered through a small basement window in zero visibility to contain the fire.” 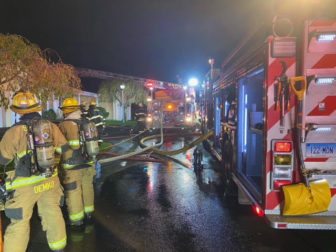 White Hills and Huntington firefighters, Monroe Volunteer Emergency Medical Service and the Red Cross were called in to assist at the scene.

The cause of the fire remains under investigation and no one was injured, according to Catalano. He said five engines, a ladder truck and rescue truck responded to the call.