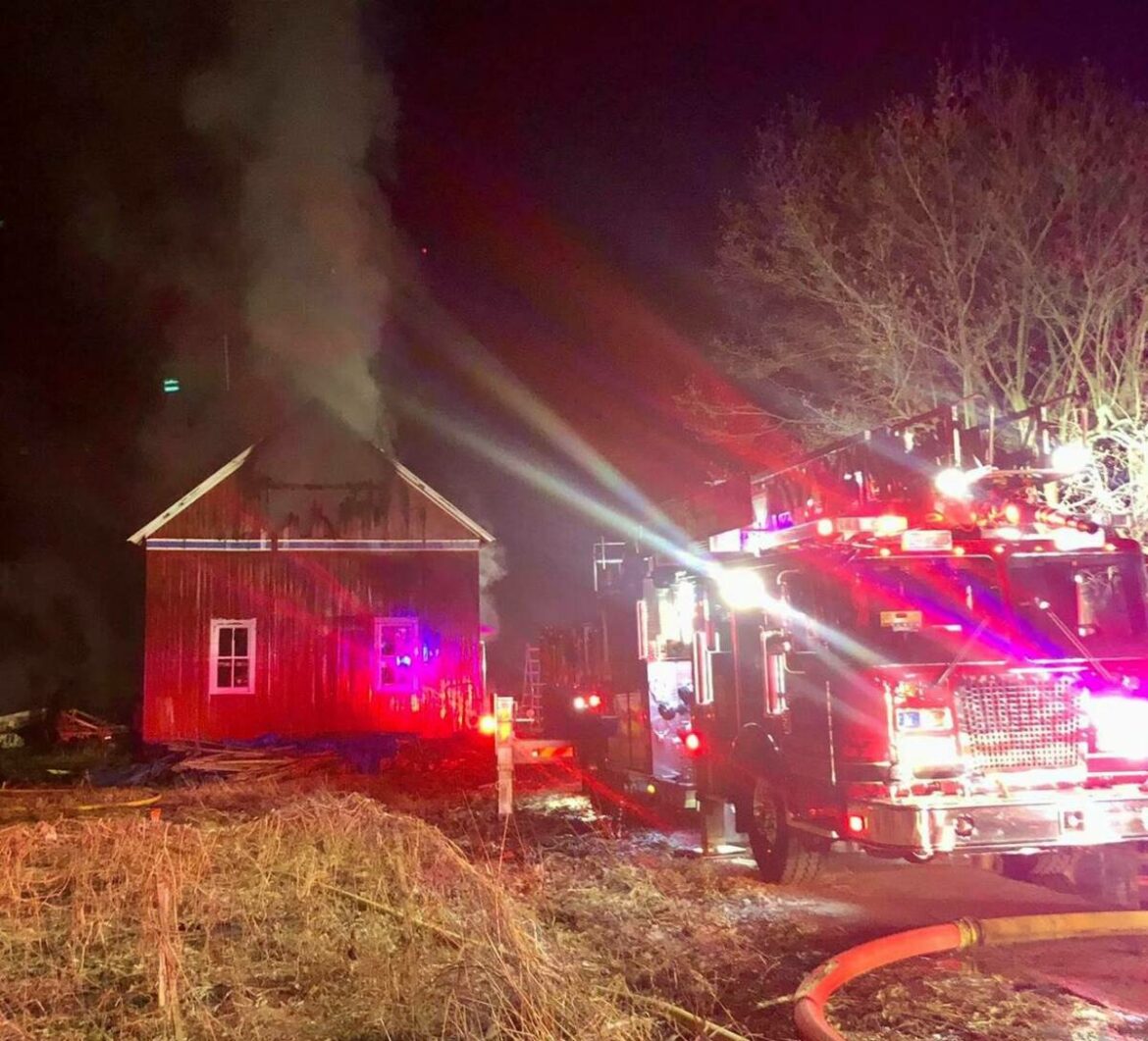 MONROE, CT — Firefighters in Monroe and neighboring Shelton received several calls from residents just after midnight, when a glowing orange sky from a barn fire on lower Barn Hill Road could be seen from Route 110.

“Monroe and Shelton crews deployed several hand lines and an aerial master stream to contain the fire, which took until approximately 3 a.m. to fully extinguish,” Monroe Deputy Fire Chief Kevin Catalano said Thursday. “No one was injured and no animals were involved.”

Catalano also said no vehicles were stored in the four-stall, two-story barn.

When firefighters arrived on the scene, Catalano said surrounding storage piles were engulfed in flames and the fire inside of the barn was fully involved. The sky above the scene was a glowing orange.

“It was well involved,” he said of the structure. “We were able to save part of it. There was pretty significant damage.”

Firefighters from Monroe, Stevenson and Stepney responded to the blaze at the property, which abuts Shelton Road (Route 110). They were assisted by Shelton firefighters.

Firefighters from the Long Hill Volunteer Fire Co. in Trumbull covered the town in case a call for another incident came in during the response on Barn Hill Road.

“The cause appears unintentional and is under investigation by the fire marshal,” Catalano said. “Crews worked until around 5 a.m. to place fire trucks and equipment that were used back into service.” 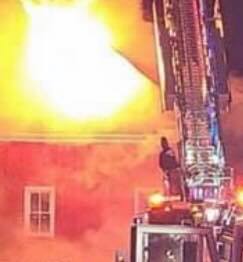 Among the storage inside the barn was old wood, according to Catalano. He said firefighting foam was used on the debris piles on the floor, because the substance absorbs heat well and can soak in deeper to avoid a rekindling of the flames.

Catalano said it was fortunate there were not high winds overnight.

“We’ve been on high alert the last week with a lot of brush fires in the area, because the wind was so bad,” he said. “Luckily, the weather was cooperative last night, so the fire was contained to the barn.”