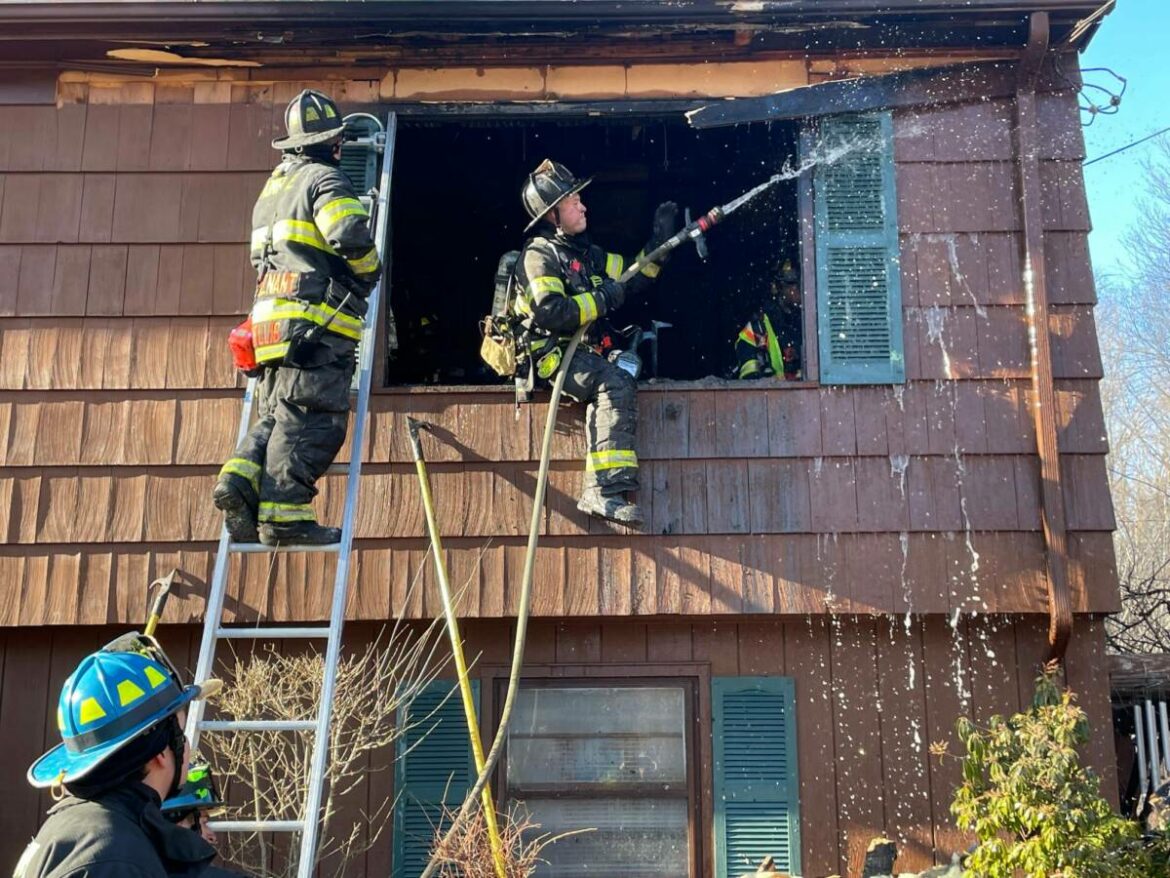 The residential fire was reported on Greenwood Drive just before 3 p.m. Friday afternoon.

MONROE, CT – Firefighters extinguished a residential blaze on Greenwood Drive, near the Trumbull border, Friday afternoon. All occupants got out of the house safely, but one man suffered extensive smoke inhalation, according to Monroe Deputy Fire Chief Kevin Catalano.

Monroe Volunteer Emergency Medical Service personnel and volunteers from the Easton EMS were on scene to provide medical treatment, but Catalano said the resident refused to be taken to a hospital. 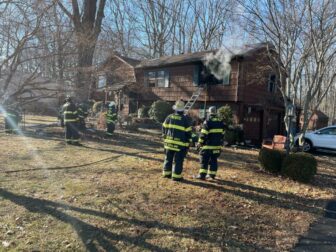 Firefighters extinguished most of the fire within 12 minutes. Monroe Volunteer Fire Co., No. 1, Inc. Facebook photo

“Firefighters did an outstanding job containing the fire, but there was heavy damage and the house is uninhabitable,” Catalano said.

Firefighters from Stepney, Monroe and Stevenson’s volunteer fire companies responded to the emergency call, which came in shortly before 3 p.m. Town police officers also responded to the call.

The first arriving units encountered heavy smoke and fire coming from the second floor and confirmed all occupants were out, with one resident suffering smoke inhalation, according to a post on the Monroe Volunteer Fire Department No. 1 Facebook page.

Firefighters had most of the fire extinguished within 12 minutes of arrival and remained on scene two more hours for an overhaul operation. The fire was contained to one room and was cut off just before extending into the attic, but the upper floor suffered extensive smoke damage, according to the Facebook post. 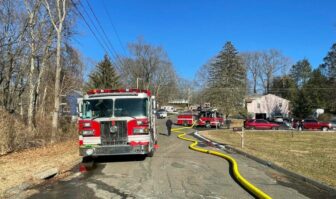 The residential fire on Greenwood Drive was near the Trumbull border. Monroe Volunteer Fire Co., No. 1, Inc. Facebook photo

The cause remains under investigation, but was accidental in nature, Catalano said.

Six engines and a ladder truck responded to the call, along with fire department support units. No firefighters were injured during the response.