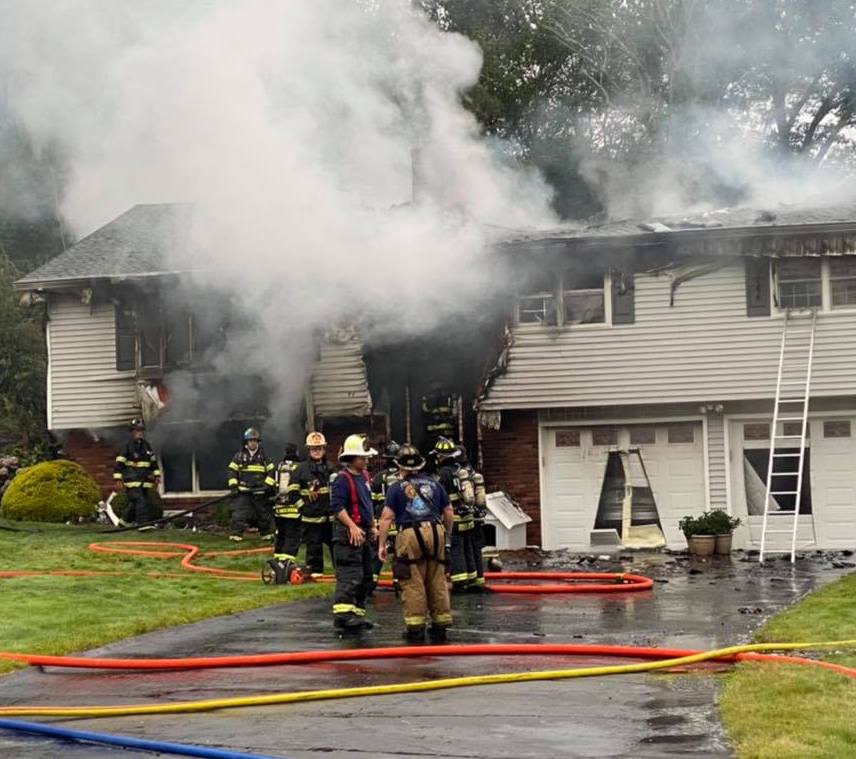 MONROE, CT — A fire caused extensive damage to a house on Captains Hill Road this morning, but Monroe Deputy Fire Chief Kevin Catalano says no residents or pets were home at the time of the blaze.

Firefighters from Monroe, Stevenson and Stepney responded to the emergency call shortly after 6 a.m. 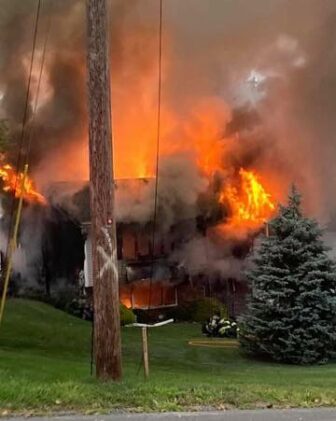 “The house was heavily involved in fire on both floors and the attic upon arrival, but it was determined that there were no occupants or pets in the home,” the Monroe Volunteer Fire Department reported on its Facebook page.

Catalano said the house is uninhabitable. Fire Marshal William Davin is investigating the cause of the fire.

Firefighters from the White Hills and Huntington fire companies assisted at the scene as crews deployed multiple attack lines and a ladder pipe briefly to extinguish most of the fire within approximately 40 minutes and remained on scene knocking down smaller pockets of fire throughout the morning.

A total of five engines and two trucks were on scene with Trumbull and Newtown covering the town’s fire stations. The Monroe Volunteer Emergency Medical Service, Monroe police officers and the Red Cross provided support.