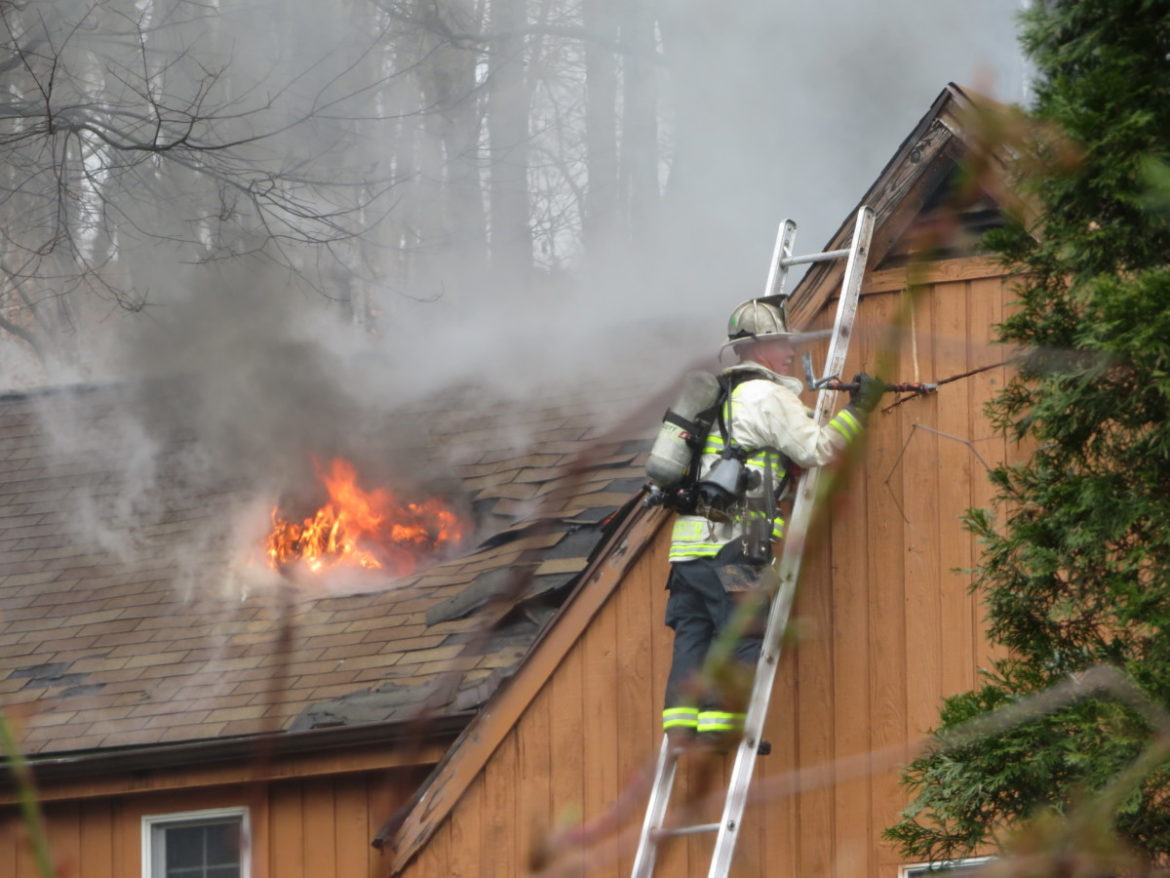 A firefighter vents the roof area, while responding to a house fire at 138 Hattertown Road Wednesday morning.

MONROE, CT — Firefighters responded to a fire at a Colonial style house at 138 Hattertown Road after a passerby and the homeowner, who was working in his yard, reported seeing smoke at 10:24 a.m. Wednesday morning.

Firefighters were venting the roof in a front portion of the house after 11 a.m., where Fire Marshall William Davin said the owner rents out an apartment with a vaulted ceiling to a married couple, who had left for work before the fire was reported.

“A fire was going in the fireplace on the main floor, but that has yet to be determined as the cause,” said Davin, who had not yet been able to go inside the structure to investigate.

On Wednesday evening, Davin said he determined the fire was accidental, though the investigation into the cause is still open.

Though no residents were hurt, Davin said a stairwell collapsed beneath a firefighter, who was rescued by his fellow crew members, before walking out of the house on his own power. 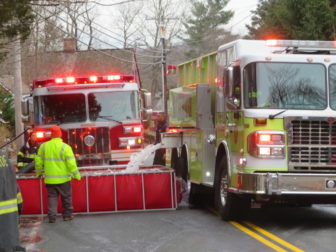 Water from a Botsford tanker is pumped into a portable tank during a response to a house fire at 138 Hattertown Road Wednesday.

Hydrants were not close enough to the scene to run a hose from, so tankers were called in. Botsford firefighters brought in two tankers and Stevenson and Oxford each brought a tanker, Davin said.

Water was pumped into a portable tank, which firefighters drew from to fight the fire.

Monroe and Stepney firefighters responded to the call with Stevenson. Shelton and Long Hill fire companies also assisted, with Long Hill serving as the rapid response team, which works to ensure the safety of firefighters.

“This is a people-intensive operation because of an addition and the age of the structure,” Davin said. “There are nooks and crannies the fire can go into.”

According to a field card on the property, the three-bedroom house was built in 1920. The owner is Darryl E. Taraian. 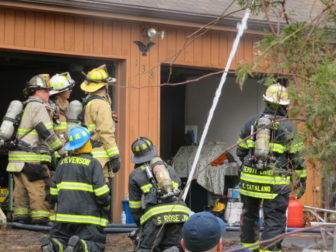 The fire marshal said the house cannot be inhabited right now. The Red Cross was contacted in the event the residents need assistance finding a place to stay tonight. Davin said the owner has another property in town and could stay there.

The Monroe Volunteer Emergency Medical Service was on standby and Huntington firefighters covered the Monroe center station firehouse, according to Davin.