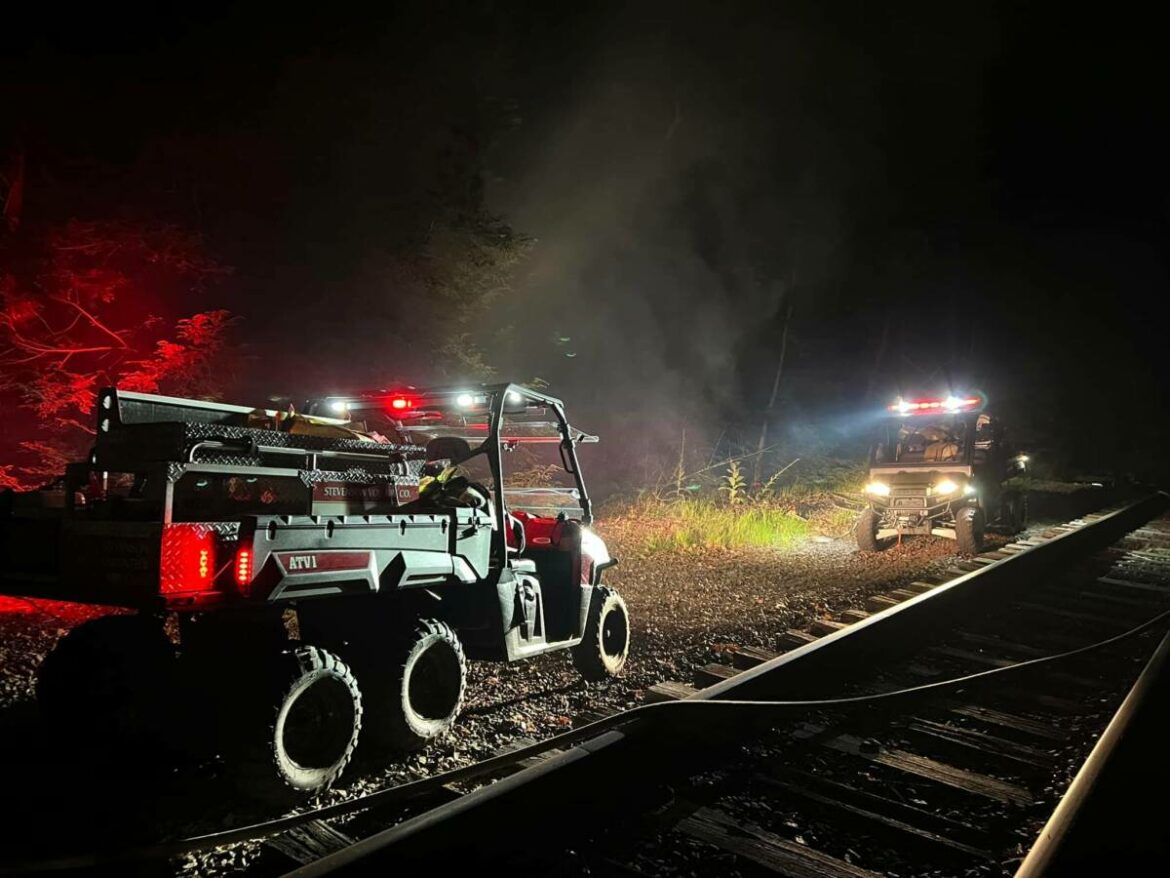 MONROE, CT — Firefighters responded to a brush fire in Webb Mountain Park late Saturday night after a caller reported seeing it from across the river in Oxford.

The Stevenson Volunteer Fire Department shared the story in a post on its Facebook page Sunday morning. The Stevenson and Monroe fire departments received the emergency call for the brush fire just after 9:30 p.m.

“It was a challenge to locate the fire, and required crews to hike in along with our ATV-1,” the post says.

Knowing the terrain and challenges, the White Hills Fire Company in Shelton assisted, bringing its ATV. 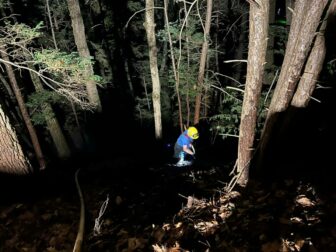 “We lucked out and were able to run a hose line down from the road in Webb Mountain from Brush 310 and we were able to use the water from both Tankers 315 and 316 to extinguish the fire and hot spots,” the Stevenson fire company said in its Facebook post.

“We had Engine-Tanker 75 from Monroe on scene as well with a crew assisting. Crews were able to safely extinguish the fire and were out of there around 2 a.m.,” the Facebook post continued. “Thanks for the help Monroe and White Hills, as well as Oxford Fire and Derby Fire who were toned to stand by in case we required more ATVs. Shelton Fire Department, Derby Fire Department, Derby, CT.”