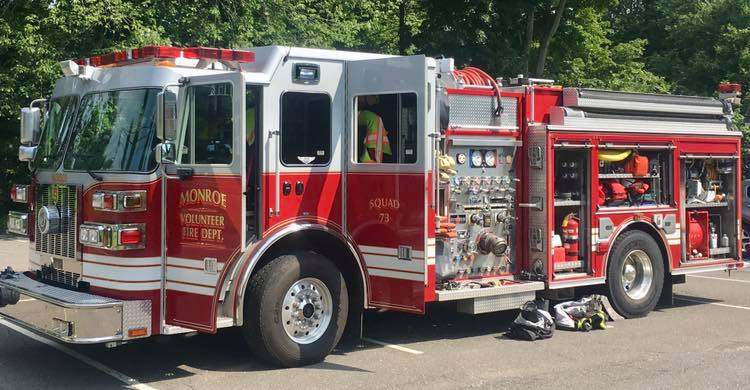 MONROE, CT — A fire in the welding area of Northeast Laser at 246 Main St. was already extinguished when firefighters arrived on the scene Monday afternoon, according to Fire Marshal William B. Davin.

Davin praised the quick actions of two employees, who put out the fire with extinguishers and safely evacuated the building.

Davin said the Stepney Fire Department was alerted to a commercial fire alarm at 12:05 p.m. when police reported seeing heavy smoke in the machine shop area of the building.

Before learning employees put out the fire, Stepney Deputy Fire Chief David Lewis Jr. requested fire dispatch to upgrade the assignment to a structure fire, according to Davin.

Stepney and Monroe firefighters responded to the scene with three engines, two ladder trucks and a utility operated under the command of Lewis. Using fans, Davin said it took them over an hour to remove the smoke.

Northeast Laser employees had removed the effected piece of machinery from the building when firefighters arrived.

Davin said his investigation focused on a commercial machine exhaust air filtration system being used in the welding area of the business. No injuries were reported and the Northeast Laser was allowed to remain open.