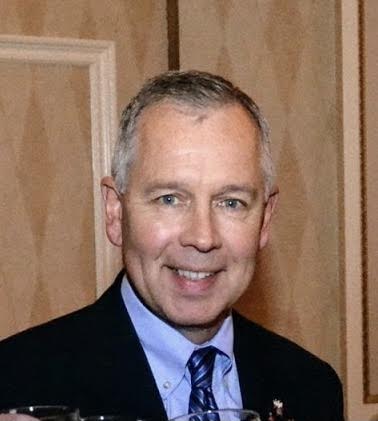 MONROE, CT — John Ostaszewski served on the Board of Finance for close to a decade, while earning the respect of fellow board members, who elected him vice chairman six years ago, despite his being a Democrat on a Republican controlled board. But his run will soon come to an end.

In July, Nick Kapoor, the Monroe Democratic Town Committee’s vacancy chairman, informed Ostaszewski via email that the party would not nominate him to run again in November’s municipal election.

After serving the town for 10 years, Ostaszewski said he thought he deserved a face-to-face discussion, rather than being notified by “an email that is disrespectful, demeaning and dismissive.”

“To call your decision to not nominate me for the upcoming election ‘unfortunate news’ with no explanation is a huge slap in the face,” Ostaszewski wrote to Kapoor in an Aug. 19 email. “And to end your note with the comment that you hope I’ll ‘stay engaged with the Party’ is nothing but naive and shortsighted.”

“I would never treat anyone so poorly, and sadly because of this, I am embarrassed to say that I am a registered Democrat,” Ostaszewski wrote.

Ostaszewski felt strongly enough that he switched parties, registering as a Republican this month. 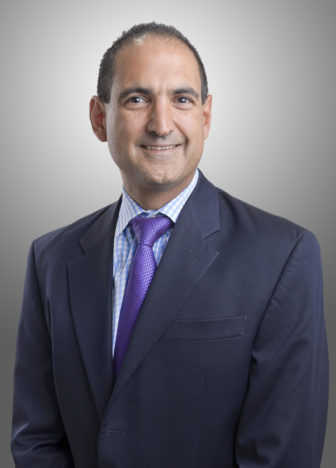 Board of Finance Chairman Michael Manjos, a Republican, said he had asked Ostaszewski to fill the vacant role of vice chairman years ago, because he was “far and away the best man for the job,” adding he has “served amazingly well” ever since.

“I understand the Democrats have the right to run anyone they please, but to dismiss a long-standing Elected Official without speaking to them face to face is unacceptable,” Manjos told The Sun. “Monroe needs to be better than that. Mr. Kapoor, you need to be better than that. People like John Ostaszewski deserve our respect, our gratitude and have earned the right to go out on their own terms.”

Patricia Paniccia, chairwoman of the Monroe DTC, and Kapoor both wondered about Manjos’s interest in their party’s nominating process.

“Mr. Manjos, thank you for your input,” Paniccia said.

Kapoor shared the email string between Ostaszewski and himself, pointing out that he offered him a phone call.

“I asked John if he would like a phone call and he didn’t answer,” Kapoor said, adding, “I would hope Mr. Manjos would have more important things to do than pick the Democratic candidates. If he was seriously interested in our nominations where was he when the Democrats chose their candidates months ago?” 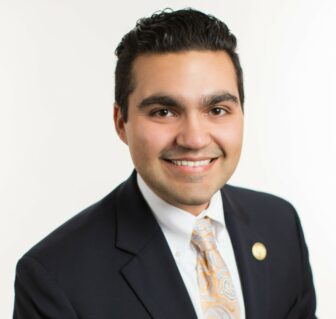 “To suddenly project outrage is a bit late unless the motivation is to play politics in a local election year,” Kapoor continued. “As I’ve done for a decade, I will continue to work in the best interest of all Monroe residents regardless of personal attacks and political rhetoric.”

Kapoor took the opportunity to promote the Board of Finance candidates the Democratic Party is running this November.

“The Democrats have offered two phenomenal candidates to the voters,” he said. “Mary Hall had a 45-year-career as a financial executive at GE, and Samantha Spino is a CPA who works for a national accounting firm. Both will be invaluable assets to the Board of Finance and the town of Monroe.”

On July 19, Kapoor sent the following email to Ostaszewski:

I hope you’re doing well. I write with some unfortunate news that the Democratic Town Committee will not be nominating you to run in the upcoming municipal election. We’d like to thank you so much for your ten years of service to the Town of Monroe and the late nights spent in the Board of Finance. Your term expires on November 22, 2021.

Thank you again for all of the time you’ve given to the town. We certainly wish you well in the future and hope you’ll stay engaged with the Party.

On Aug. 19, Ostaszewski wrote to Kapoor:

When I received your email, I immediately called you to discuss it as you failed to provide any rationale for your decision. But after waiting a month and still receiving no response, I feel compelled to provide my thoughts in writing.

When you first joined the DTC and ran for Town Council, I was very supportive of your ambitions and treated you with nothing but respect. Over the years, I was happy to work with you on various initiatives, the most recent being the superintendent search by the Board of Education. And in return, all I get as a thank you for almost ten years of service to the Town of Monroe is an email that is disrespectful, demeaning and dismissive.

To call your decision to not nominate me for the upcoming election “unfortunate news” with no explanation is a huge slap in the face. And to end your note with the comment that you hope I’ll “stay engaged with the Party” is nothing but naive and shortsighted.

I would never treat anyone so poorly, and sadly because of this, I am embarrassed to say that I am a registered Democrat.

“The Party decided to go in a different direction with regard to BOF candidates for this election. I am not sure what more there is to say. I’m on vacation until Sunday. When I’m back I can call you if you’d like.”

John Ostaszewski grew up in Norwalk. He and his wife, Renee, moved to Monroe nearly 30 years ago, where they raised their two children. The couple currently has one grandchild.

Ostaszewski is retired. The last position he held in the private sector was vice president and treasurer of Applera Corp.

“I think Monroe is a great town to raise a family and we’ve stayed long after our kids have grown and moved away,” he said. “I wanted to spend any free time I have to help and serve.”

Ostaszewski said someone had suggested he attend Board of Finance meetings. “I found it very interesting and thought I could help out by participating,” he recalled.

He went on to finish Daniel Hunsberger’s two-year-term on the board. Ostaszewski, who was a registered Independent, became a Democrat, so he could run for the seat in the next election. He won and was elected to three more two-year-terms after that.

“He and I, at a lot of the meetings, basically thought along similar lines in what we thought was best for the town,” Ostaszewski said, adding Manjos took some heat from his party for having a Democrat serve as vice chairman. “I have a lot of respect for Mike and I’ve enjoyed working side-by-side with him.”

“I believe his crime was working together with a Republican, specifically me,” Manjos said of Ostaszewski not receiving his party’s nomination this time around.

“Anything you asked of John was done,” Manjos said. “I do not know who the Democrats are running, but I can promise you they will have no where near the experience of John O.”

Ostaszewski expressed a willingness to serve the town in the future, should another opportunity arise, and he would not rule out running for a board again — the next time as a Republican.

He said he has worked well with Manjos and fellow Republican, Terry Rooney, who serves as chairman of the EMS Building Committee.

“These guys crossed the line and worked with me, even though I had a D with my name,” Ostaszewski said, “and they were kind and never treated me as anything but a member of the team.”