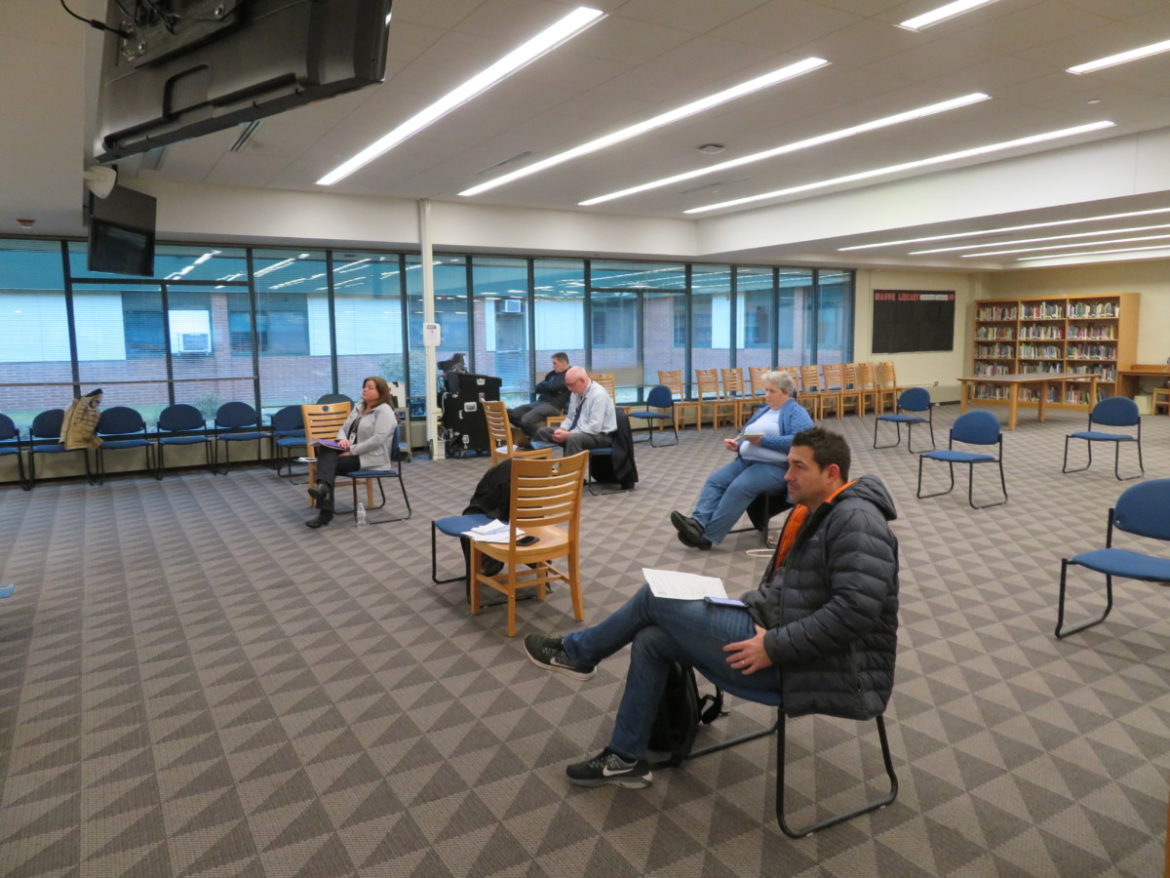 Chairs inside the Masuk High School media center were spaced several feet apart for social distancing amid the COVID-19 pandemic.

MONROE, Conn. — Chairs facing tables in front of the room inside the Masuk High School media center were spaced several feet apart and the audience was limited as a protective measure against the coronavirus, when the Board of Finance reviewed the $59.5 million budget proposal for Monroe’s public schools Thursday night.

The budget represents a 4.01 percent spending increase over the current $57.2 million budget, which still has a deficit that must be closed.

Monroe’s schools are closed, because of the COVID-19 pandemic, just as other schools in Connecticut are, and Acting Superintendent of Schools Joseph Kobza is leading the district’s planning of distance learning to teach students at home.

“We knew this would be a tough year,” said Michael Majos, chairman of the Board of Finance. “I don’t think anyone expected this. I appreciate everyone for coming here.”

The total $91.5 million town budget proposal for fiscal year 2020-21 carries a projected 2.6 percent tax increase. With a $31.9 million municipal budget with a spending increase below one percent, Manjos said his board will focus more on education.

Manjos said town and education leaders are doing an amazing job adjusting to rapid changes dictated by the global pandemic.

“Everybody seems to be remaining calm and handling things the best we can to make a budget we will be comfortable with,” he said. “There will be some unknowns. We’ll have to be conservative in some areas.”

First Selectman Ken Kellogg said an executive order issued by Gov. Ned Lamont gives municipalities an extra month to adopt their town budgets. While they have more time, Manjos said he doesn’t want to drag out the process for too long.

Next week, the Board of Finance will decide whether to push the capital budget meeting out further from the April date that was scheduled due to uncertainty with the bonding market.

Before deliberating on the Board of Education budget, Manjos wanted to make it clear that the Board of Finance has no authority over individual line items. It can only approve a final number. Then it is up to the school board to decide how to spend it. 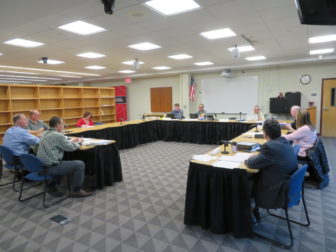 Acting Superintendent of Schools Joseph Kobza and Finance Director Ronald Bunovsky answered questions about the Board of Education budget during a Board of Finance workshop at Masuk High School Thursday.

Manjos said the Board of Finance will focus on things like medical, transportation and salaries in the Board of Education’s budget.

Superintendent of Schools Jack Zamary originally requested a budget with a 5.7 percent spending increase, before a $500,000 Board of Education cut trimmed it to 4.88 percent. Then Kellogg cut it another $500,000, reducing the spending increase to 4.01 percent.

Kobza passed out a list of potential cuts totaling $1,003,556 to bring the budget proposal in line with the number the finance board is deliberating on.

He said the Board of Education had spent 15 to 19 hours in workshops before making its own cut of the superintendent’s budget.

The Board of Education’s budget proposal would have been significantly lower, if not for deficits in the current budget of around $600,000 in special education and $685,000 in health insurance, according to Kobza.

Officials at the meeting expressed hope that distance learning will lead to savings on bus transportation, enabling the school board to close the deficit. Though, Finance Director Ronald Bunovsky noted there will also be some new costs associated with distance learning.

Kobza said they will have a better idea of what the district could save on busses over the next two weeks. 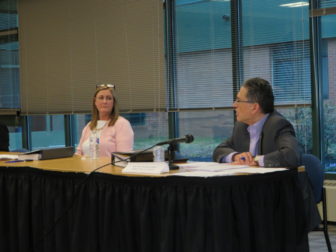 Manjos said his board talked about having a $400,000 contingency, so money is available for any unanticipated special education costs, though that number appears to be too low. He also acknowledged that cost overruns for special education is also a common problem for other towns.

“I spoke with another superintendent who had a new special education student during the year with an out-of-state placement to the tune of $425,000,” Kobza said of how easily costs can rise.

As of October of 2019, Kobza said Monroe had 441 special education students and now it is up to 464, though not many of them are high cost students.

Darleen Fensore, interim director of Student Support Services, said about 14 percent of the student population receives special education with students moving in and out of the program throughout the year. Over the past three years, she said the district has gotten about three high cost special education students per year after the budget is set.

Steve Kirsch, a finance board member, said he wanted to see the data showing the trend in extra special education students and increase the Board of Education budget by that amount.

“I disagree,” Manjos said. “I would put it in a contingency fund, so we’re not increasing their budget with money they might not need. I would agree to having a contingency, because it’s out of their control, but I don’t want it in their budget, so it’s in our control to be honest with you.”

Kobza said there are other districts, who budget the full amount for their anticipated special education costs without factoring in state reimbursement. Then they put the difference in contingency.

“There is no perfect system,” Manjos said. “To me, I want transparency. I don’t want money in the budget that doesn’t need to be there, but I want the money available so we don’t hurt other students.”

Manjos asked Kobza if he was comfortable with the list of over $1 million in cuts for the 2020-21 budget proposal and Kobza said yes, though further cuts would be “draconian.”

For instance, after putting together the cut list Kobza said the next thing that was considered was cutting a library media specialist. The New England Association of Schools and Colleges, which accredits high schools recommends having two and the cut would bring Masuk down to zero.

Kirsch expressed concerns over some of the cuts on the list, such as reducing money for maintenance by $150,000. Other cuts were $24,000 to eliminate the elementary summer reading program and $31,360 to eliminate the program for interns.

Kobza said the district has saved money on substitute teachers through the internship program, which had the effect of being a one year job interview for new teachers.

Kirsch said he was concerned that making the reductions carries the risk of never getting positions and programs back. He asked Kobza to come up with a list prioritizing what he would restore in the following school year.

One thing Kobza was most concerned about is the erosion of professional development for staff.

After the meeting, Nick Kapoor, a Board of Education member, said of Kirsch, a fellow Democrat, “board member Kirsch’s questions are great ones. If we don’t budget for maintenance on our buildings and elementary reading programs and other items on the cut list, how does it affect our education system?”

“We might not feel it in year one or two, but what about after that?” Kapoor added. “Let’s put out an honest and fair budget to the people and let them vote. If the people vote it down, then let’s have the discussion on these draconian cuts.”

Manjos said some things will change and there may be more firm numbers to go on in the next month and encouraged educators not to be afraid to say, “hey, we missed this,” before the finance board takes action on their budget.