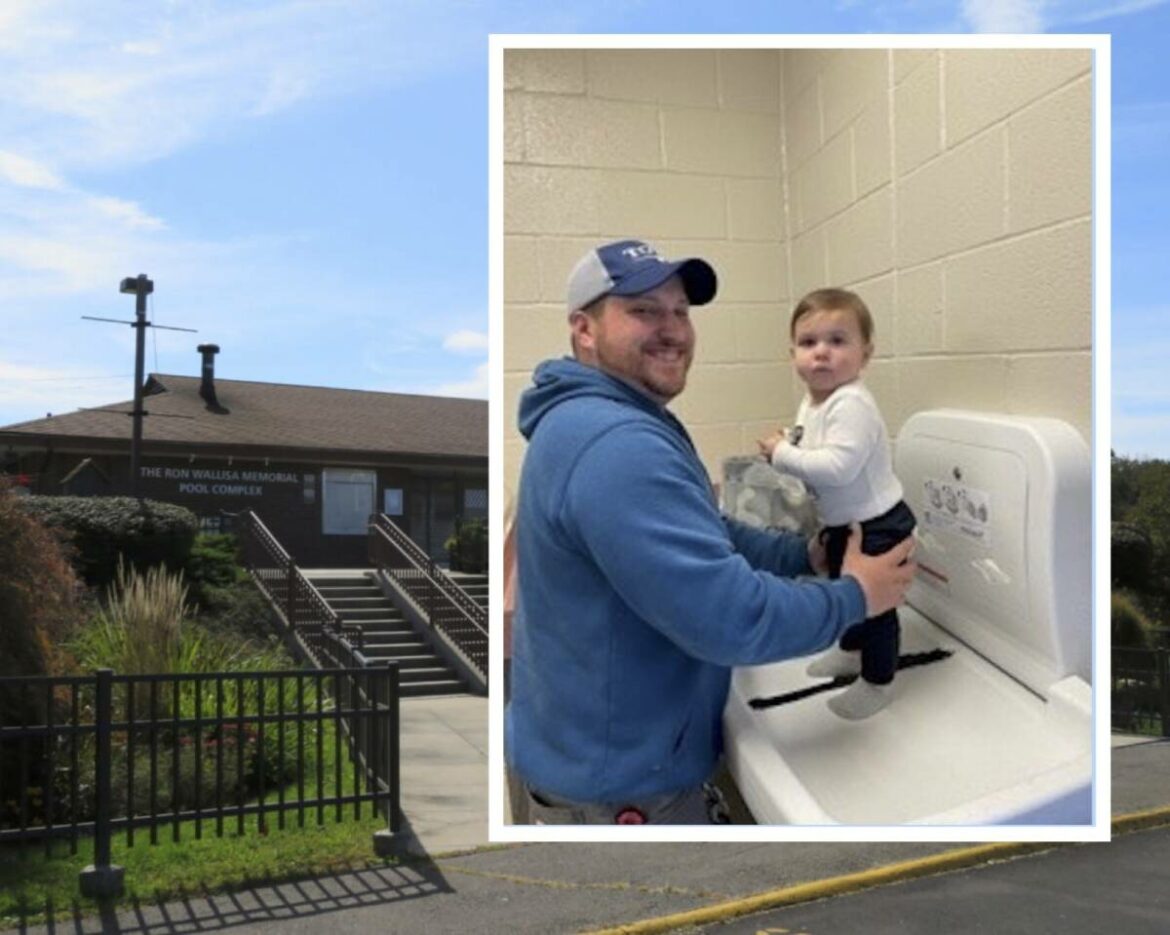 Eric Caterson, a park maintainer, gets ready to use the new Koala Kare diaper changing station at Wolfe Park for his son, Chase.

MONROE, CT — Men’s rooms at Wolfe Park and Great Hollow Lake had no diaper changing stations, so it was left to mothers to do the dirty work in the women’s bathrooms and pool locker room. But now fathers have an opportunity for equal work.

Parks and Recreation Director Missy Orosz acquired six Koala Kare baby changing stations for all of the restrooms and locker rooms at the park.

“I’m excited,” Orosz said. “This is at no cost to the town. Dads might not have wanted to bring their diapered kids to the park before and now moms can say, ‘oh, you can take ’em in and do it.'” 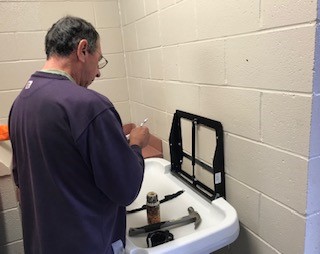 Each Koala Kare baby changing station is valued at $432, according to Orosz. However, as the town’s parks and recreation director, she is on many lists for different offers and was able to get it all for free.

Jenna Messner, a promotions coordinator for Pampers, sent out emails about an initiative to ensure fathers have a clean, safe area to change their children’s diapers, Orosz said.

“Nine of 10 dads have gone into a restroom and there was no changing station for their kids,” Orosz said of one statistic.

Monroe was eligible for three changing stations, one each in the men’s rooms at Wolfe Park and Great Hollow Lake and one in the men’s locker room at the pool.

But Orosz said the changing stations in the women’s bathrooms and locker room needed an upgrade, so she asked for three more. “She said, ‘yeah, absolutely,'” Orosz said of Messner. 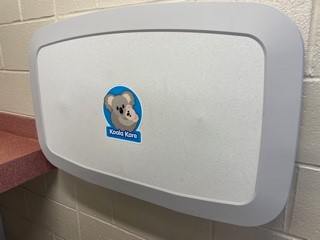 Koala Kare baby changing stations were installed for all of the restrooms and locker rooms at Wolfe Park and Great Hollow Lake.

Before that, Orosz said the women’s rooms had an area with a kitchen counter to change diapers. Now, she said women have the fold down diaper station and can put their diaper bag on the counter.

The new changing stations are in the bathrooms on the patio area by the pool and at Great Hollow Lake and Orosz said parents will be able to use them in the locker rooms during pool season.

Of the new diaper changing stations, Orosz said, “it’s free. It enhances our bathrooms. This was an unexpected positive to our park. When we reopen the pool everything will be in place.”