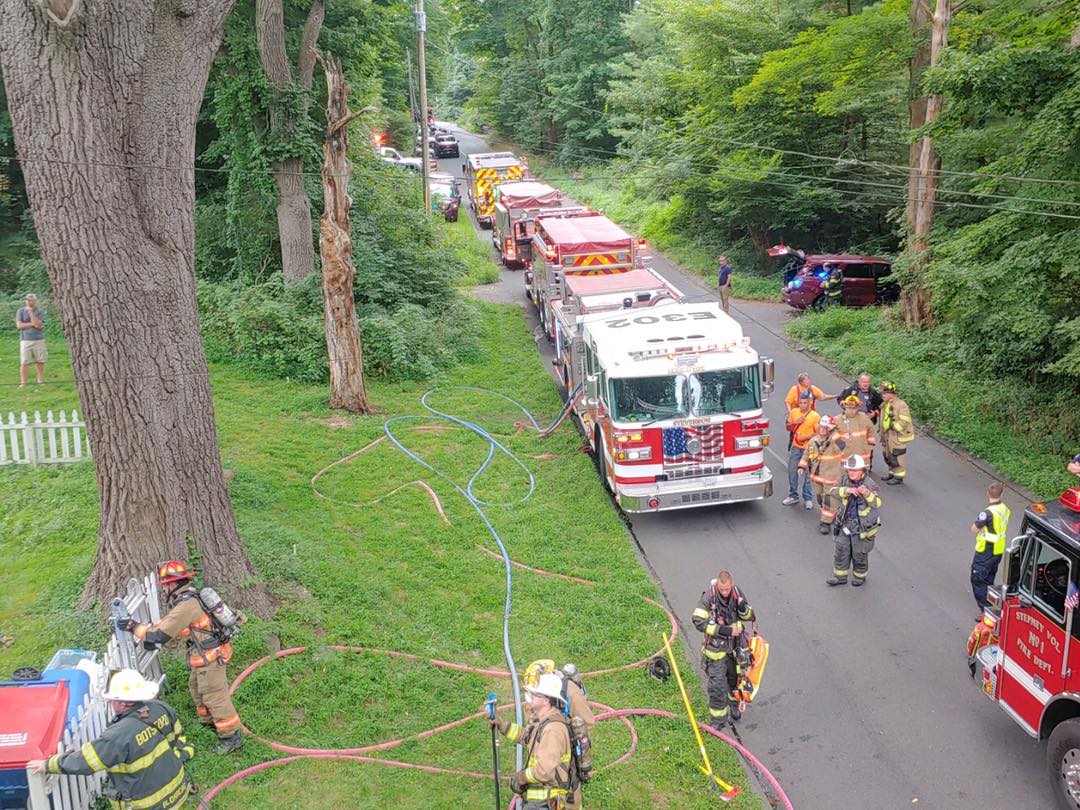 MONROE, CT — Fire Marshal William Davin is continuing to investigate the cause of Friday morning’s fatal residential fire on Bagburn Hill Road, but it has been deemed accidental in nature, according to a statement issued by Monroe Deputy Fire Chief Kevin Catalano Saturday.

The victim who lost her life in the fire was identified as Sarah Cotter, 69, the owner and sole occupant of the two-story colonial, built circa 1770, according to the field card for the property.

“The area of origin was a one story addition that served as a family room,” Catalano said, while sharing details the fire marshal has allowed to be released.

On Friday morning, the fire was reported by a passerby who saw smoke coming from the house shortly after 9 a.m.

The Stevenson, Stepney and Monroe volunteer fire companies responded to the call and crews encountered heavy fire on the first floor, which they quickly contained, according to Catalano.

The Monroe and State Police Fire Marshals are investigating the cause. The Monroe Volunteer Emergency Medical Service, town police officers and the Monroe Fire Department’s Ladies Auxiliary all provided support at the scene.