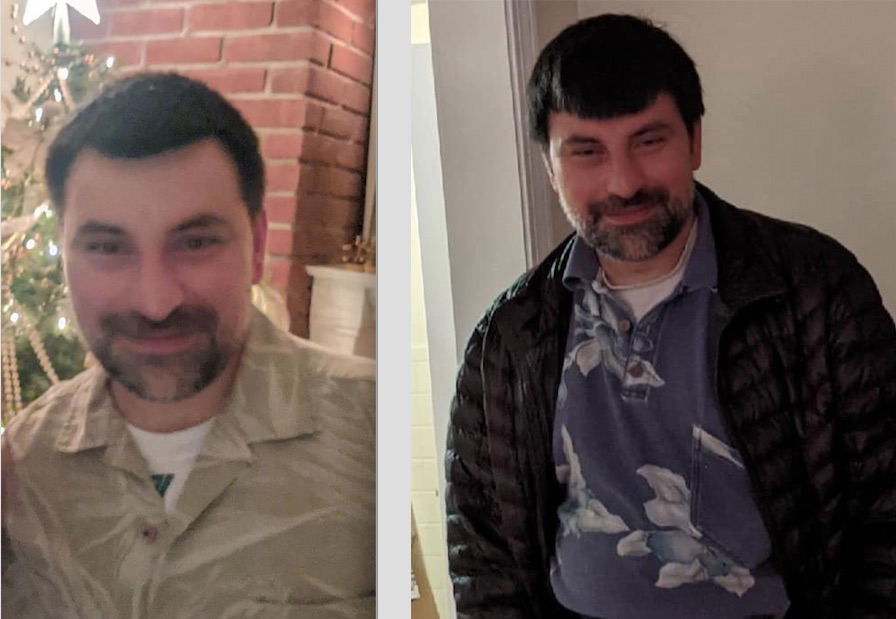 Jason Mastroianni, a relative of one of the Monroe Volunteer Fire Department’s dispatchers, has been missing since Monday, Jan. 17. His last known whereabouts was at his home on Thompson Street in Shelton.

At some point during the day, he left the house, leaving behind his wallet, identification, keys and car and he has not been seen or heard from since, according to his cousin, Stephen Mastroianni, who says this is not normal for Jason and “extremely concerning.”

Jason requires a cane and a back brace to simply ambulate, so if he left on foot he couldn’t have gone far but if he got into a car, then it’s possible for him to be anywhere.

He suffered a debilitating back and neck injury several years ago, which caused nerve damage, and he sees specialists who treat him for these issues. Jason always shows up for his appointments, but this past Friday, January 28, 2022, he did not show up for one of the most important ones he has.

Due to his medical condition, it’s likely that he may seek medical attention if able to do so. So, in addition to the general public, I am asking for help from all the EMS, FD, PD, nurses, and doctors in the area and beyond.

It’s possible that Jason might show up at an ER, an EMS Station, a Fire House, or a Police Station seeking help. It’s also possible that someone else may call 911 for him. For those EMS services who post in different parts of a city or town, you see hundreds of people walking or driving by your ambulance daily and it’s possible that you may come across Jason simply by being at a post. So please, take a moment, look at his picture, and if you see him, please call the Shelton Police Department at 203-924-1544.

On behalf of myself and my family, thank you all for your efforts to help us bring Jason home.