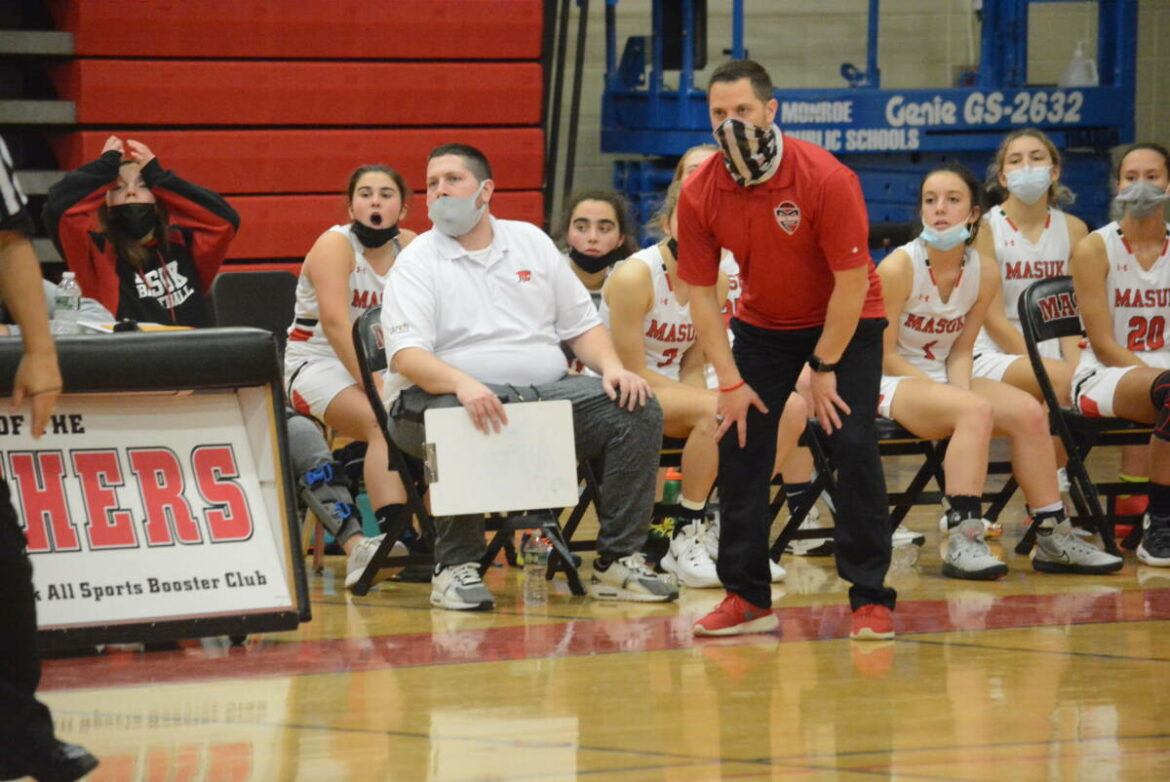 Scott Corchard, the new head coach of the Masuk girls basketball team, wearing a red shirt, leads the Panthers in a scrimmage.

Corchard has plenty of familiarity with Masuk sports, including the girls’ team, having worked at the school as an assistant coach with both basketball programs, volleyball, girls’ soccer and softball. 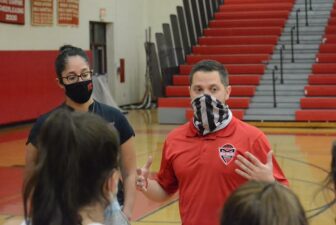 Scott Corchard talks to his team in a huddle. To his left is assistant coach, Carol Ortiz.

“Extremely excited. I grew up at this school. It’s my alma mater,” said Corchard, a 2010 graduate who played varsity basketball all four years. “I’m just looking to continue the success from previous coaches we’ve had here.”

The Masuk head coach is joined by assistants Connor Sharnick and Carol Ortiz.

Corchard said the goal for the season is that the work put into practice translates into game action and leads to success.

“We want it to be known we’re going to compete,” Corchard said. “Obviously we want to win every game just like everybody does.” 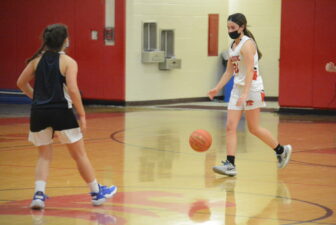 Masuk girls basketball player Sophia Lieto dribbles the ball down the court during a scrimmage.

The Panthers, led by captains Alannah Tremalio and Claire Martinsky, will have their hands full in a competitive South-West Conference.

“The competition is great all the way around,” Corchard said.