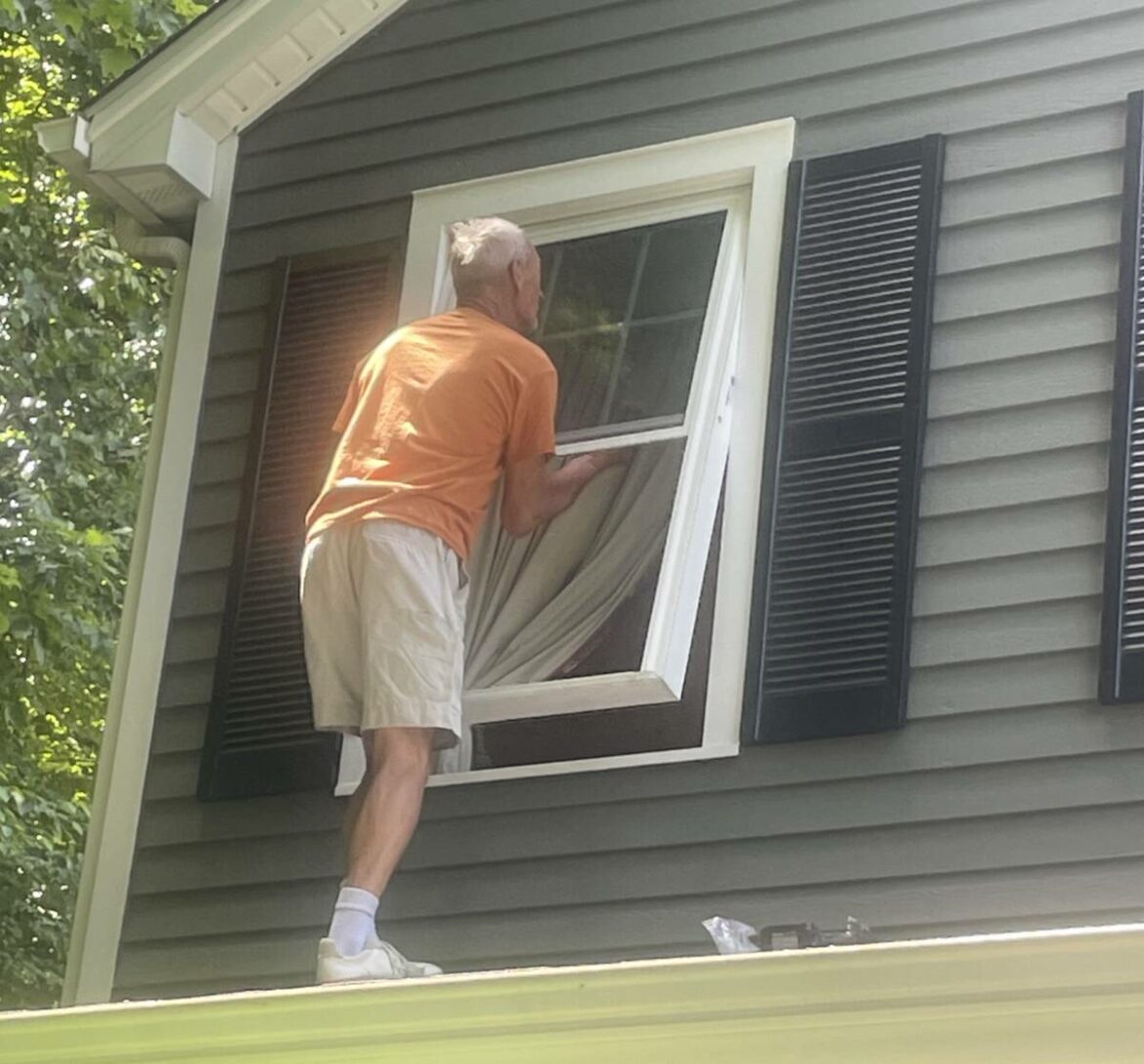 A contractor for L.A. Barnaby & Sons installs a new window.

When you can feel air coming into your home, while more money goes out to cover rising heating costs, it may be time to replace your old windows, according to Leon Barnaby, owner of L.A. Barnaby & Sons, an industry leader in siding, windows, doors and decks.

New windows are a significant investment for any homeowner and there are some important things to consider. For instance, how much light do you want to let into a room? Barnaby, whose family business has operated for over 75 years, recently shared his professional insights with The Sun.

“The first thing is: light is life,” Barnaby said during an interview in his office. “People want to have more light in their homes.” 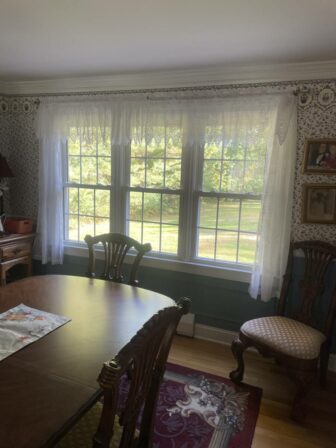 He recalled one client, who had a dining room with two windows on each side wall.

“They wanted more light, so we put in a triple and they loved it,” Barnaby said, while holding up a photo showing a row of three double hung windows, each illuminated by brilliant rays of sunshine.

“It brightened the whole room,” he said. “It made it more airy. That’s what people want.”

Barnaby himself added several windows to his headquarters, located at 425 Benton Road in Stratford, in two offices that had no sources of natural light.

He said many colonial and split level homes built in the 1950s have wooden double-hung windows that are single glazed — meaning a lone pane of glass — and are divided into a grid. There is also a storm window attached.

Barnaby said these old windows are inefficient and difficult to clean.

“A lot of jobs we do, we take out the storm window, remove the sashes from the prime window and put in a replacement window, fully insulate the opening, and trim the interior and exterior as needed,” Barnaby said.

Barnaby said new windows sold in Connecticut are typically Energy Star, which a high efficiency rating. New windows are double, rather than single, glazed with argon gas and Low E in the middle to prevent air from seeping through.

Brian Barnaby, who runs L.A. Barnaby & Sons with his father Leon, said a homeowner must consider the types of windows and the layout they want to bring in the desired amount of light.

Among the varieties of windows are a horizontal slider, casements, crank out casement windows typically found over a kitchen sink, large picture windows, bay, bow and the conventional double hung to name a few.

“Bay and bow windows are very popular and add depth to a room, because of the projection,” Leon Barnaby said. “There are seat boards at the bottom of a bay window.”

He said the dominant types of windows are often dictated by the region people live in. “Double hung colonial style windows are the most popular in New England,” Barnaby said.

A typical window has a six-by-six grid with the interior framing. There are also eight-over-eight and 12-over-12, among the different options. Some people want no grids at all to maximize the natural light.

“Windows have come a long way, but what’s in demand is glass and light,” Brian said. “Everything is serviceable from inside the house — you can clean the inside and outside of the window.”

Placement of windows is another consideration.

“Do you want the same layout of the windows that you have?” Leon asked. “Do we want to change any of the window locations, types or sizes?”

The interiors of windows are often white vinyl, as well as a variety of other colors.  coming in white and other colors. “Black is becoming a big option color-wise,” Leon said.

There are also some requirements beyond a homeowner or builder’s control. For example, when building an addition or a new home, he said you must put in at least one egress window in each bedroom.

“It equates to 5.7 square feet of clear opening, the minimum size for an egress window,” he said.

Proper installation a must 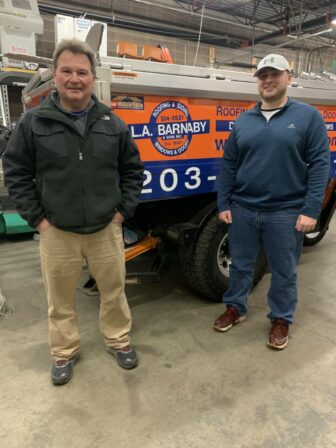 Leon Barnaby and his son, Brian, own and operate their family business, L.A. Barnaby & Sons Inc.

In most cases, Leon said a replacement window is installed into the original frame.

“Our company has an Installation Masters certification,” he said. “Regardless of the quality, any window or door has to be installed plumb and square.”

If not, he said it will never shut properly and will leak air.

“When we install a replacement window, the first thing we do is make sure the existing frame is in good condition, which includes the exterior trim,” Leon said. “We replace rotting sills.”

Leon said composite trim is being used now, so it doesn’t rot.

He said old stone houses with masonry brick have steel-framed windows that are more difficult to replace due to the additional amount of labor.

When shopping for a company to install your windows, Leon recommends checking its Better Business Bureau rating and reviews.

Leon said buying all new windows for a standard colonial can range anywhere from $13,000 to $20,000, depending on the style, size and manufacturer. He said the investment typically lasts from 20 to 30 years, depending on usage, care and maintenance.

This can depend on where you live. For example, Leon said people who live in Florida may have central air in the warmer climate and seldom open their windows.

By contrast, due to sometimes frigid temperatures here in the Northeast, the most efficient windows are desired.

When shopping for new windows, Leon said you should consider the quality of the material, the energy efficiency and working characteristics, such as the balance system to lower and raise the window.

A cheaper window will wear out more quickly, according to Leon.

“On a replacement, we prefer Harvey windows,” he said, adding it is a family owned business that manufactures windows in New Hampshire.

“We use Anderson for new construction application and Harvey and Wincore for replacements,” he said. “Harvey and Wincore typically fit our customers’ budgets. Feel free to call our office for a free estimate.”