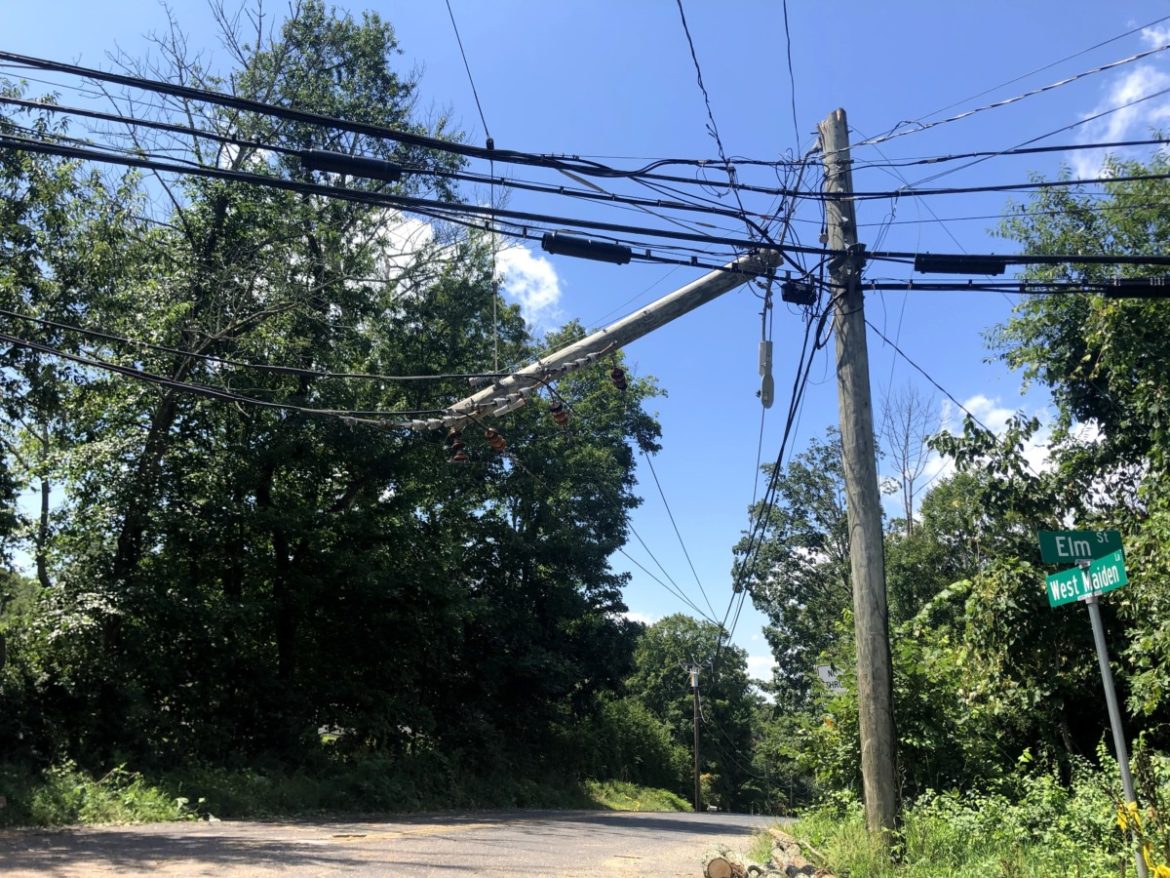 Strong winds from Tropical Storm Isaias caused damage to power lines throughout the state. Here is damage to a line on Elm Street in Monroe. Contributed

MONROE, CT — Eversource will release an estimated time frame for power to be restored to most of its Connecticut customers later tonight, according to company officials who spoke with First Selectman Ken Kellogg and State Rep. J.P. Sredzinski earlier Thursday.

In an update also sent out as a Code Red alert Thursday evening, Kellogg said, while on the call with Eversource, he and Sredzinski emphasized the importance of maintaining power company resources in Monroe to clear town roads for emergency vehicles and safe travel, and asked for improved coordination and communication regarding the restoration process.

“There are Eversource crews in town,” Kellogg said. “Eversource has stated that they are bringing in significant out of state resources, and will be accelerating their efforts statewide. We have been told to expect that a global estimated restoration timeframe for Connecticut will be provided later this evening.”

He reminds homeowners to always operate generators outdoors and as far from the house as possible, keeping it away from doors, windows and air vents to avoid carbon monoxide poisoning.

Town Hall phone lines have been restored. Kellogg asks residents to use the dispatch center’s non-emergency number, 203-261-3622, to report storm related concerns, and only use 911 in an emergency.

Among other information included in the update: