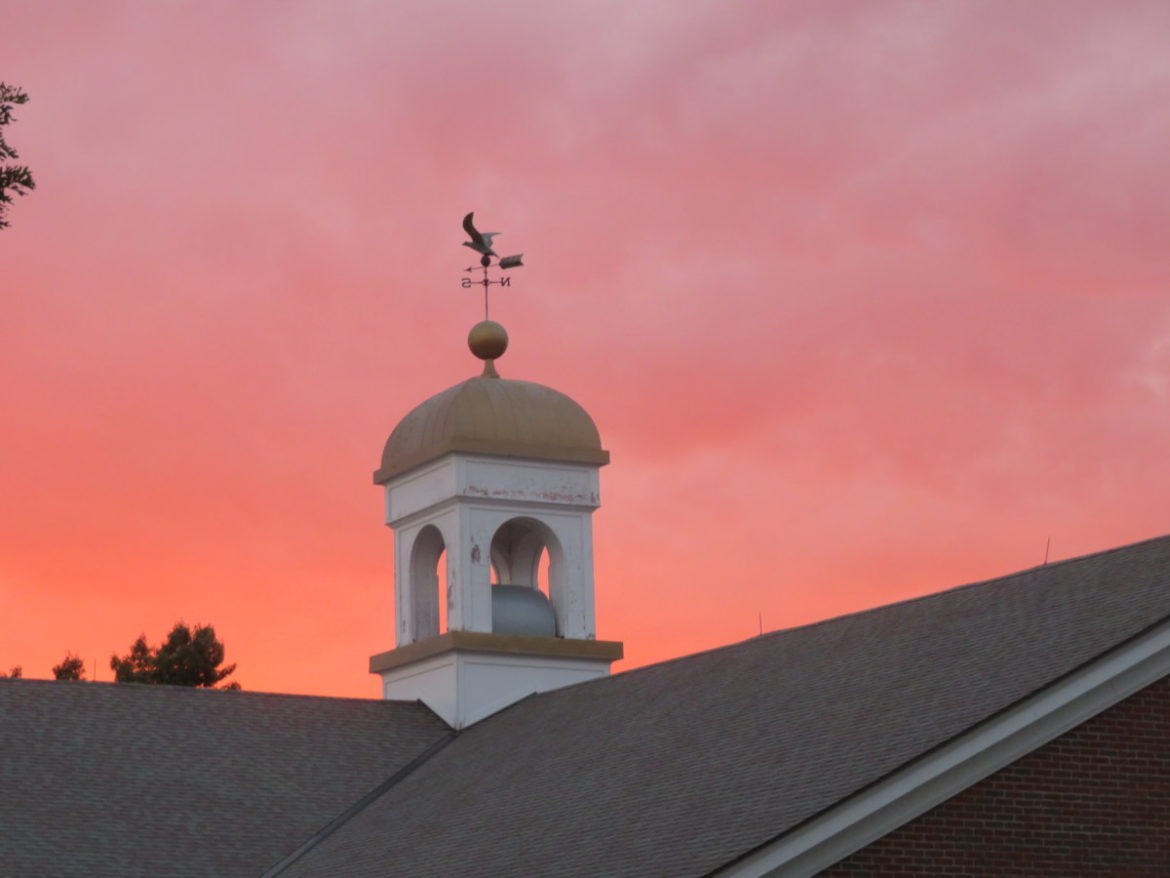 The sky was pink as the sun set after the Think Pink Palooza ended Thursday evening.

It was quite a contrast from last year’s event, which featured dancers, bands and a choir.

“Certainly, just due to the situation, we couldn’t have the same big crowd as we had here last year,” Matt Hirsch, a Think Pink Monroe Committee member, said of precautions due to the COVID-19 pandemic. “But that doesn’t make it any less important.”

In fact, Hirsch said this year is even more important, because of a 25 percent decline in women having mammograms.

“Early detection equals an early cure. Everybody knows that,” said Hirsch, who lost his mother to breast cancer when he was 16.

According to the FDA, approximately 40 million mammograms are done in a typical year. If the 25 percent drop holds for a year, Hirsch said that equates to 10 million less mammograms of which 30,000 to 60,000 people would end of having a late diagnosis or no diagnosis at all.

“Don’t be one of those people. That’s why it’s so important,” Hirsch said. 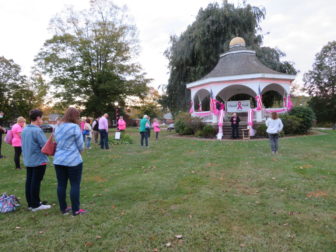 This year’s Think Pink Palooza was a smaller gathering because of the COVID-19 pandemic.

David York, the chaplain for the Monroe Volunteer Fire Department, gave a blessing before the lineup of speakers took turns at the microphone in front of the gazebo, which was decked out in pink.

Though breast cancer is not as prevalent for men, to illustrate how men can still get it, Hirsch pointed out his friend, Robert Primorac, who was at the gathering. Primorac, a breast cancer survivor, had shared his personal story at the Think Pink Palooza last year.

“The number is lower, but the adage is the same: Early detection equals an early cure,” Hirsch said.

“We are living in unusual times, a pandemic of a magnitude we haven’t seen in generations,” Kellogg said. “We’ve become accustomed to hearing a lot of numbers, a lot of statistics. How many are infected with COVID? How many are hospitalized with COVID? Tragically, how many lost their lives to COVID?”

The first selectman noted how a pandemic is defined by a disease that is infectious, so cancer is not often referred to in the same light as a pandemic.

“But the numbers speak a different story,” Kellogg said. “This year an estimated 1.8 million cases of cancer will be diagnosed in the United States alone, about 300,000 of those involving breast cancer. Sadly, there are over 600,000 deaths overall in the U.S., and 40,000 of those from breast cancer.”

He said the good news is that survivor rates continue to improve, but that requires action. 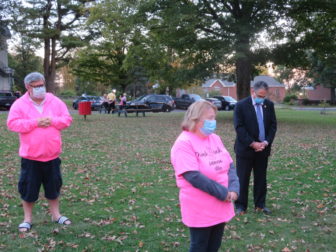 “If you have one of those family members, who would just rather ignore it or maybe they’re just going to skip that mammography, give them a gentle push,” Kellogg said, “because you just might be saving a life.”

Kobza said his life was touched by cancer, just as the lives of everyone at Thursday’s gathering has been. He shared the personal story of how his brother was diagnosed with a malignant tumor on his forehead at age 14, and how he and his wife both lost their fathers to cancer.

Professionally, Kobza said, “I am incredibly proud to be part of Monroe public schools. This community means the absolute world to me.”

Every October, especially when he was principal of Masuk High School, Kobza said he has seen just about every student club and sports team lead a campaign to raise awareness of breast cancer and to raise funds for the fight, as well as events at Jockey Hollow Middle School. 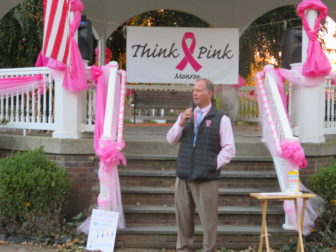 “This community comes together for a number of different causes and I’m proud that Monroe’s public schools come together every October for breast cancer awareness — and I know that will be the case this year,” Kobza said. “On a professional level, I’m here to pledge our support, from the Monroe public schools, to support this great campaign.”

Bonnie Maur, a longtime educator in town, overcame breast cancer, then had to have open heart surgery, because of scar tissue around her heart from the radiation treatments.

She marveled at how the people in the Monroe community come together in times of crisis, and thanked family and friends who rallied by her side after her diagnosis and during her recovery, including those who left meals at her door when she was too sick to cook for herself.

Maur shared her dream of a world that is cancer free. “This is my dream,” she said. “This can happen in our lifetime.”

Jason Maur led everyone in a moment of silence for those battling cancer and those we have lost to the disease.