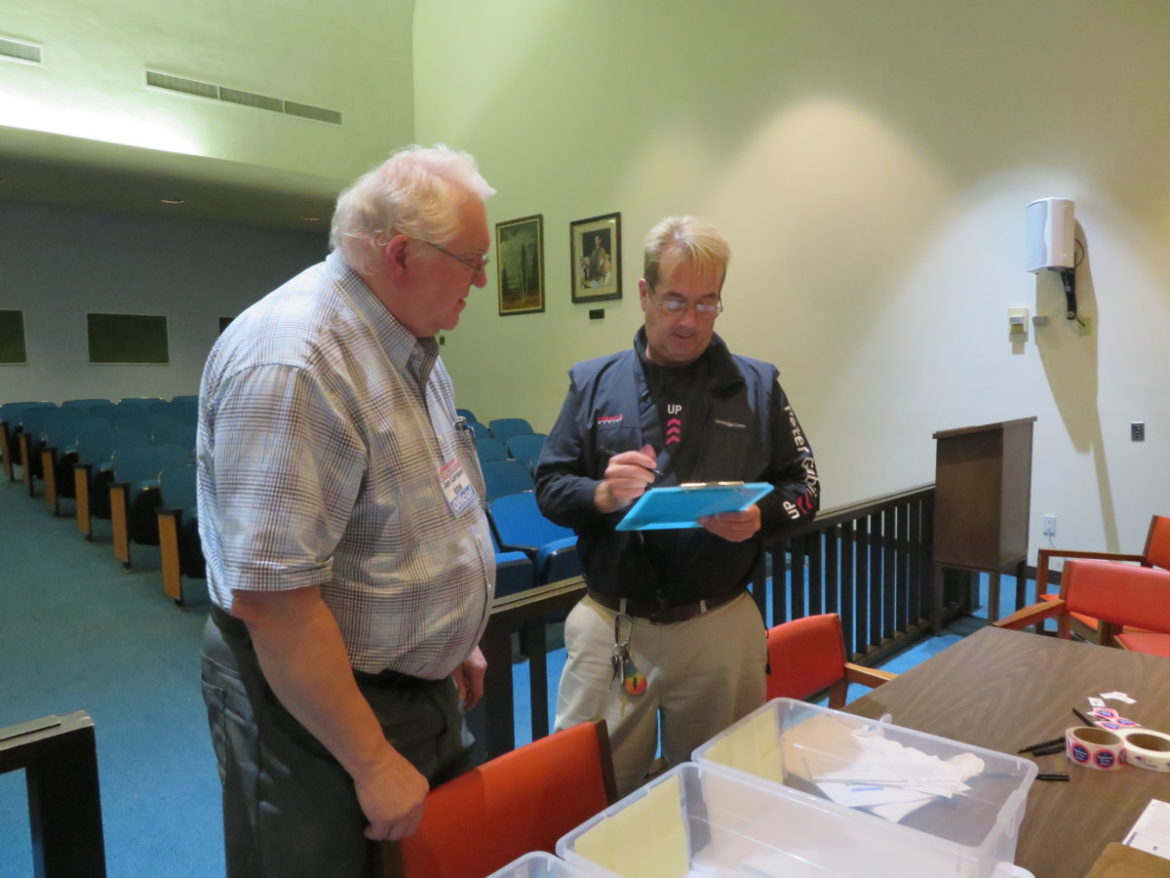 Secretary of the State Denise W. Merrill set an Oct. 29 deadline for voter registration, but those who missed that window had one last option. Same day registration allowed at least nine Monroe residents to cast ballots in Tuesday’s municipal election.

Jan Larsen, a former deputy registrar of voters, led the volunteer effort to register people to vote in the Council Chambers of Town Hall during all voting hours, 6 a.m. to 8 p.m. While some residents simply missed the deadline, Larsen said others had to choose Election Day Registration for a variety of reasons.

Larsen said a woman from Syria registered to vote with her sister, who only recently attained U.S. citizenship.

“It was really nice to help them,” Larsen said with a smile. “I gave them American flag pens.”

“I’m a voter advocate,” said Gilgan, adding he has served as an assistant registrar and a ballot clerk before. “I registered as one of the parties, so I can vote in a primary election. I’m always an Independent, but I am forced by the duopoly to choose one party.”

Gilgan filled out his information and Philip Hayes, 17, a Masuk High School senior, entered it into the Connecticut Voter Registration System to register him.

“We ought to be doing all we can to encourage people to vote,” Gilgan said, adding of same day voter registration, “the Monroe Registrar of Voters is showing this really works. This is Connecticut democracy in action. This is good stuff.”

Larsen handed Gilgan a ballot and he filled it out right there. “It’s a one stop shop,” Larsen said.

Throughout the day, Larsen was assisted by fellow volunteers, including his wife Barbara, Hayes and Connor Rownin, 17, of Masuk. The two high school students worked different shifts. 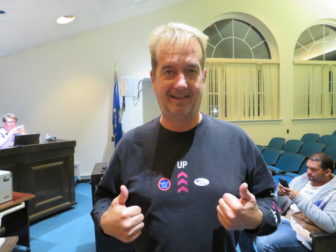 Tuesday was Hayes’ first time volunteering for an election.

“It’s cool,” he said. “It’s kind of like an introduction to the world of politics. When I get older and move away I want to do something in government.”

Hayes is hoping to be accepted by Roger Williams University or Fairfield University, where he will study to be a history teacher. “I like world history, especially Mediterranean: Europe, the Middle East and North Africa.”