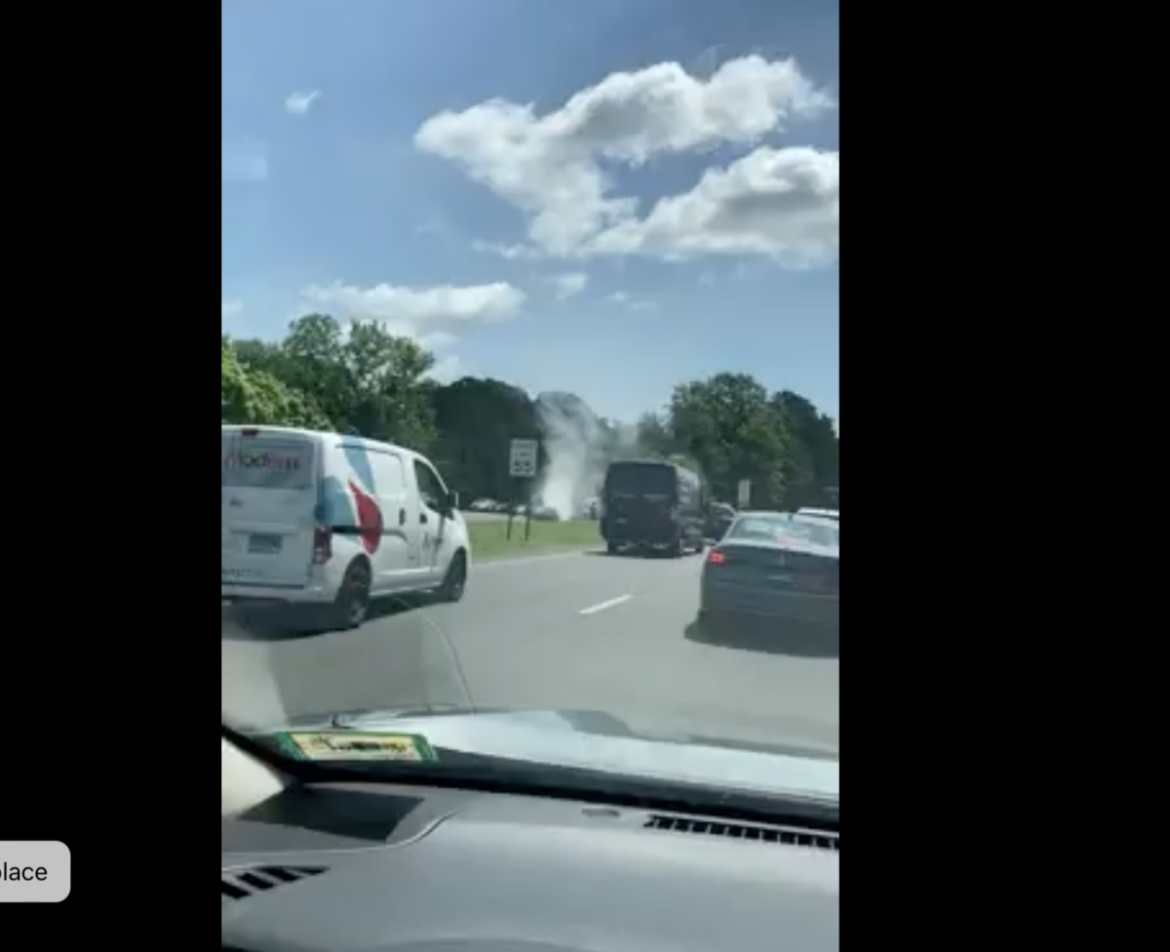 Kelvin Valenzuela of Monroe took video as he drove by the crash on Route 25 Wednesday. In this screenshot smoke billows from the collision.

TRUMBULL, CT — A 61-year-old Easton man died from injuries sustained in a fatal crash with a FedEx delivery truck on the Route 25 Connector, near the intersection with Route 111, late Wednesday morning.

The FedEx driver was taken to St. Vincent’s Medical Center for treatment of minor injuries, according to State Police.

At around 11:35 a.m., police said Shahid Malik was driving his Honda Accord SE south, in the wrong direction on Route 25 North, where he collided head-on with the delivery truck in the left lane.

Malik, of 119 Judd Road in Easton, was pronounced dead at the scene and his next of kin was notified.

The delivery truck driver was identified as Texroy Mcdain Scott, 35, of 65 Elm St. in Ansonia.

Police said both vehicles sustained heavy disabling damage. The State Police Collision Analysis Reconstruction Squad was called to the scene to assist with the investigation. The accident is still under investigation, according to police.