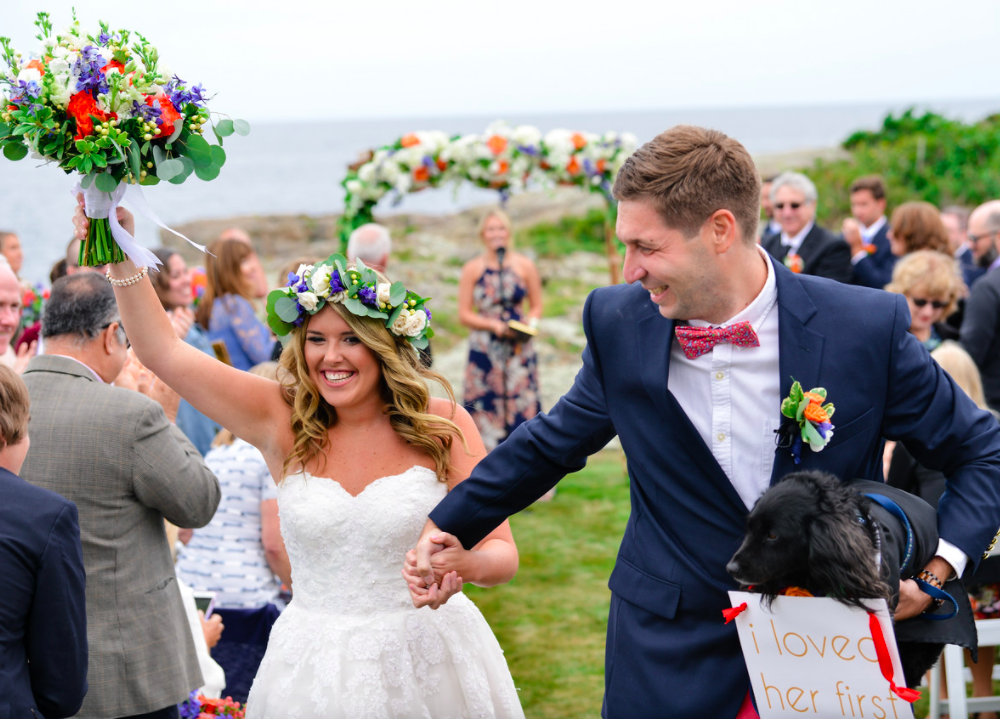 After their wedding three years ago, Shea and Jeff Cohen, of Monroe, decided to create an online platform to make planning for major life events easier.

MONROE, CT — Shea and Jeff Cohen remember going through a box full of wedding cards and gifts over a couple Italian subs following their big day in 2018. Jeff entered check amounts into an Excel spreadsheet corresponding with each guest’s name.

It occurred to Jeff how much easier it would be if everything were done online, without worry about an envelope being forgotten or lost — or having to bring such a large sum of money to the bank.

The Monroe couple’s experience inspired the idea for E-Bration, a business that makes it easy to send online invitations, reminders, cards, monetary gifts and thank you notes for all of life’s major events, from birthdays and graduations to weddings and baby showers.

“People should be able to digitally preserve all of their memories forever, keeping families connected,” Jeff said.

“And we want an eco-friendly alternative to cards,” Shea added. “Why are we cutting trees down for cards that are just thrown away?”

Rather than buying cards at a store, Shea said she would rather spend money on a gift certificate for coffee at Starbucks. 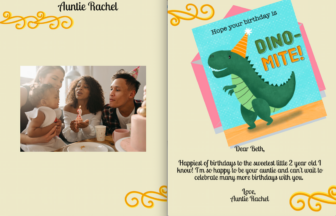 These pages of a Memoir-E-Book highlight “Auntie Rachel” and the birthday card she sent. E-Bration users can create these books to preserve memories for any occasion.

Of course, people already can send digital cards via email, but the Cohens point out how it can get buried under new emails and the link can become inactive.

E-Bration’s users have a lifetime dashboard, so they can see their cards whenever they want. They can also take the digital cards and scan cards sent by mail to make a Memor-E-Book, featuring photos of guests at the event on pages with copies of the cards they sent on the page next to each photo. 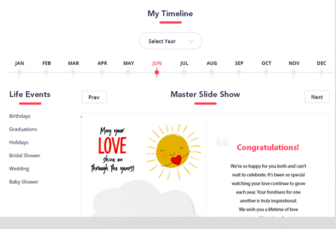 This is a card dashboard on the E-Bration website.

Writing and sending thank you cards on E-Bration’s platform is faster and more efficient than manually filling out cards, putting the cards in envelopes and mailing it out.

“Storing all of the cards and messages from an event is free and with the forever dashboard users can go back to see it whenever they want,” Jeff said.

Jeff and Shea Cohen have two children, Phinn, 2, and Lucy, who is six-months-old. Their family also has a puppy named Shaq. The couple moved to Monroe from Stamford last year.

“It’s just a beautiful town and everybody is warm and friendly,” Shea said. “I joined the Monroe Moms Facebook group.”

When the Cohens were looking at houses, Shea asked people questions about different neighborhoods. “People were so kind,” she said. “I just felt so welcomed.”

“We joined the Monroe Chamber of Commerce a few weeks ago,” Jeff said. “We’re going to have a virtual ribbon cutting for E-Bration, which should happen soon.”

Jeff said the Chamber is a great network to be a part of, adding he and his wife met a wedding planner among the members, who may become a partner.

Jeff Cohen grew up on Long Island, before eventually moving to Stamford, while Shea, whose maiden name is Phinney, grew up in Wilton.

Shea was a fundraiser for the Children’s Cancer & Blood Foundation and was in client services for a financial advisor.

Jeff started his first business in 2010, an automotive daily deal website where people could find discounts for oil changes, car washes and other automotive services.

He said this got him into sales, and he has been selling for technology and software companies for the past eight years.

However, Jeff still longed to start his own business. The Cohens have been working on E-Bration for the last three years and got the site up and running about two months ago.

“That entrepreneurial spirit stayed with me,” Jeff said. “I always thought another idea would come to me, but never thought in a million years it would come on my wedding night.”