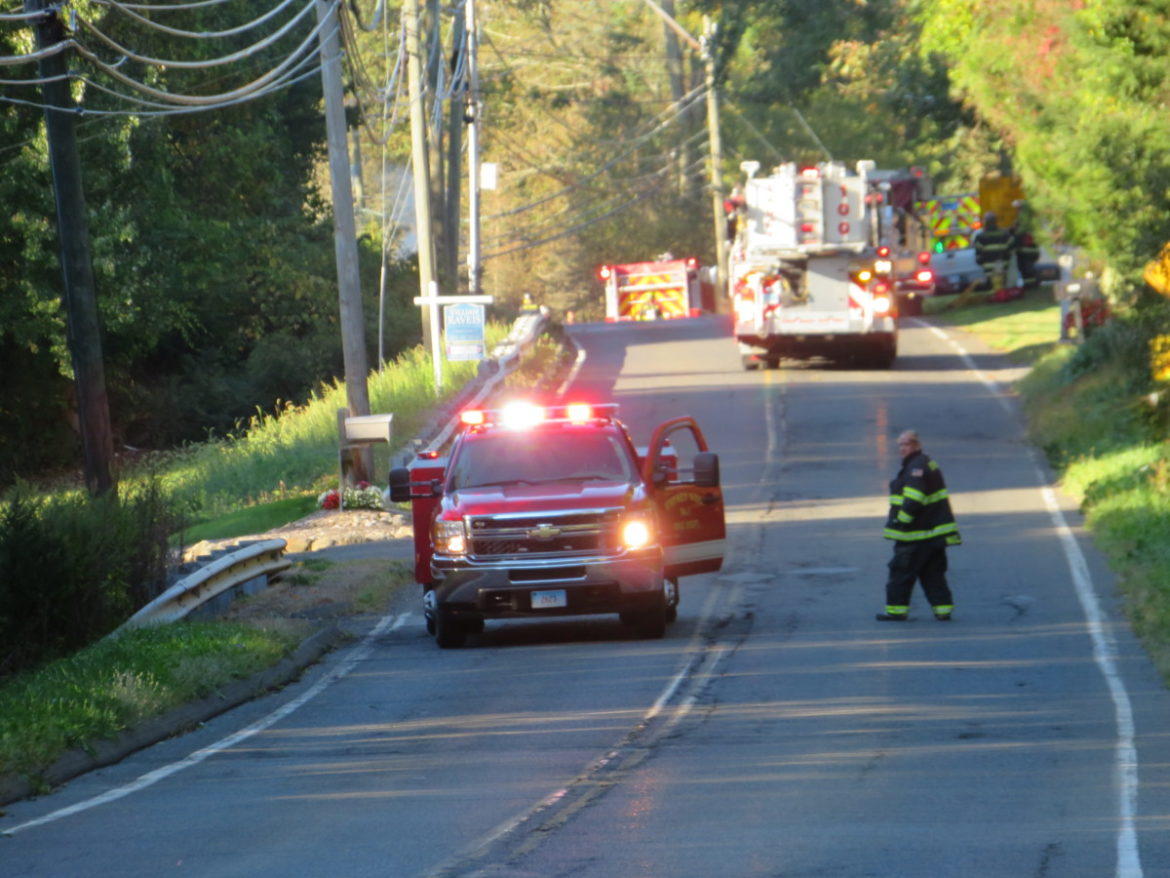 A triaxle dump truck was cresting the top of the hill in the 1400 block of Monroe Turnpike late Friday afternoon, when a fire that started in the engine compartment quickly spread to the cab.

The driver thought quickly on his feet, managing to apply the emergency brake, gather his personal belongings and get out of the truck safely, according to Fire Marshal Bill Davin.

Police officers responding to the 4:23 p.m. call blocked off Route 111 at Bagburn and Old Zoar roads, detouring traffic away from the scene as firefighters from the Stevenson, Stepney and Monroe companies extinguished the fire under the direction of Stevenson Fire Capt. Jeff Giordano.

Davin said it only took 10 to 12 minutes to put out the fire, which was contained to the engine compartment and cab of the truck.

The bed was loaded with asphalt, so Davin said a heavy wrecker from Hilario’s Service Center in Newtown was called in to tow the truck away.

Heat from the fire melted an overhead power line, cutting off electrical service to one nearby house, according to Davin. Eversource Energy was called in to repair it. 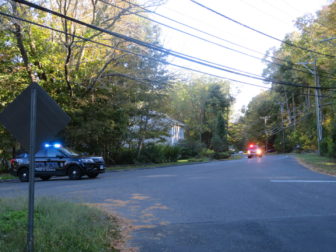 Police detoured traffic on Monroe Turnpike, directing drivers to Bagburn Road on one end and Old Zoar Road at the other.

Once the main flames were extinguished, Davin said firefighters had to overhaul the truck, removing its fiberglass engine compartment to make sure the fire was completely out.

Firefighters had to wait for the wrecker to arrive from Newtown amid rush hour traffic, so Davin said police did not reopen the road until 7:10 p.m.