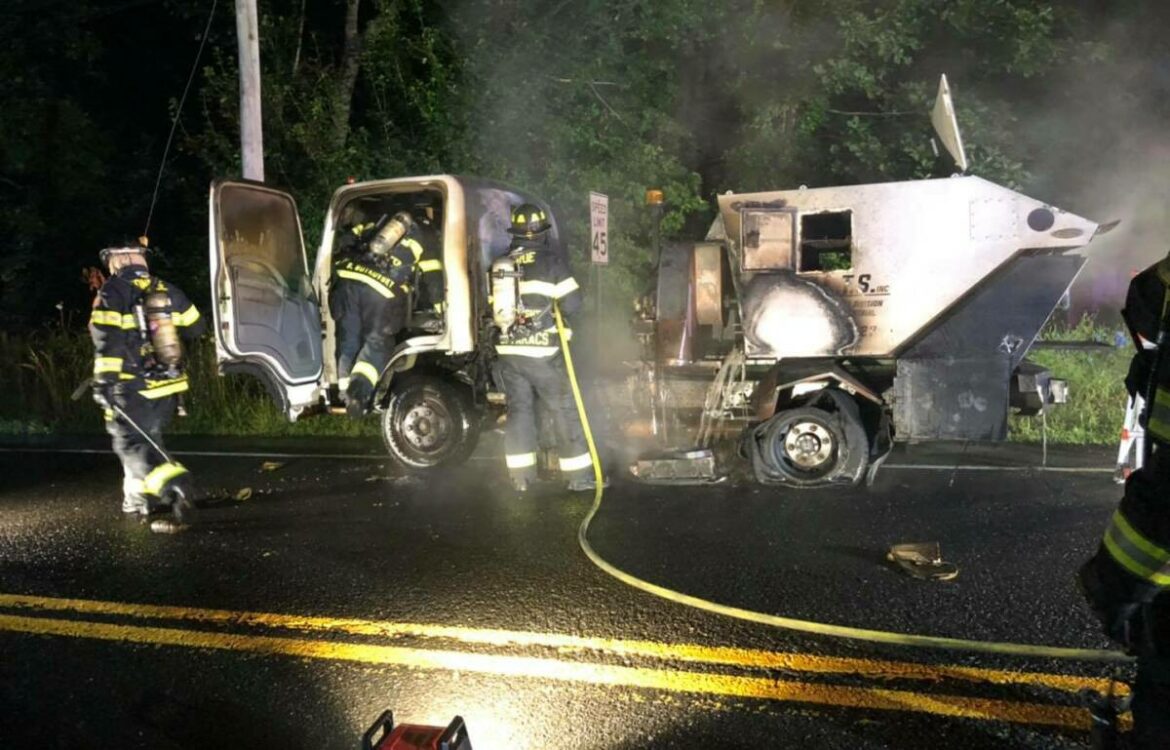 Monroe Deputy Fire Chief Kevin Catalano said the truck was “heavily involved in fire” when town firefighters and police officers responded, but no injuries were reported. 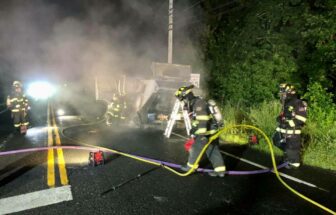 “The driver had recently swept a commercial parking lot in Trumbull before the Monroe Police Department came across the fire,” Catalano said. “Route 110 was closed in both directions for about an hour, between Wheeler and Moose Hill roads. The driver evacuated and was not injured. Fire crews were on scene until about 1:30 a.m.”