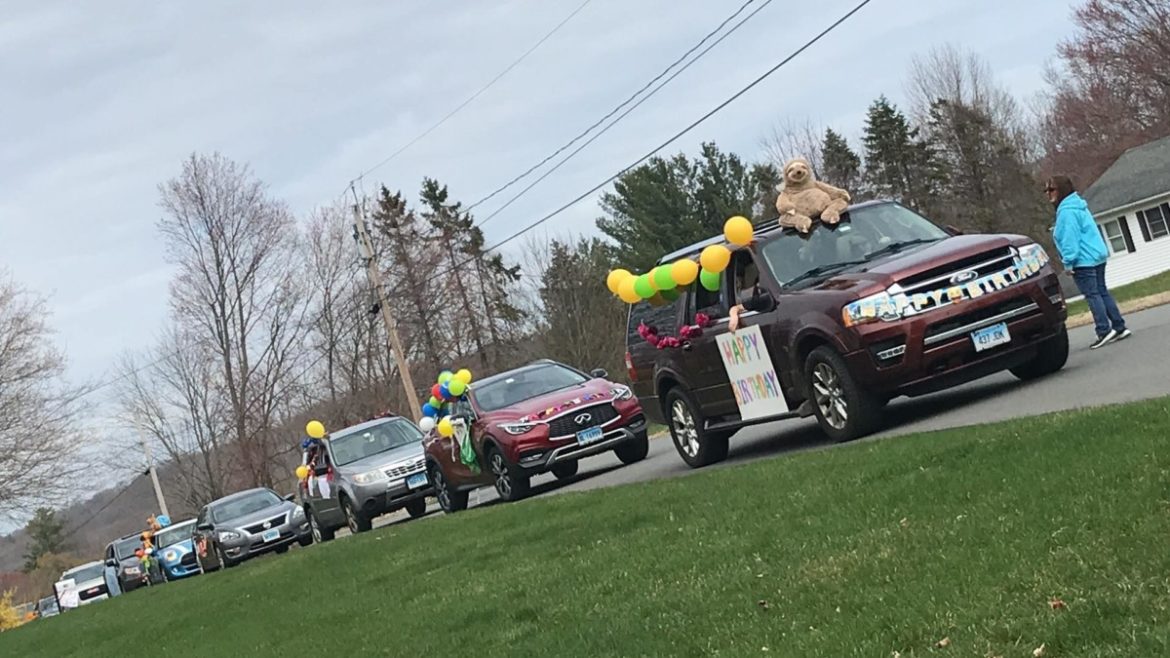 Parades of vehicles decked out in birthday decorations are bringing smiles to children's faces. Contributed

MONROE, CT — Alexa Krieg’s ninth birthday party was canceled because of the coronavirus pandemic, and the little girl was heartbroken over missing out on celebrating the special day with her friends.

Alexa’s mother, Evona Krieg, was determined to cheer her up, so she joined a new Facebook group called Monroe Locals Supporting Drive By Birthday Parades and setup an event to celebrate her daughter’s birthday last Sunday.

“I told her, ‘there’s a surprise for you today,'” she said, before she led Alexa outside. 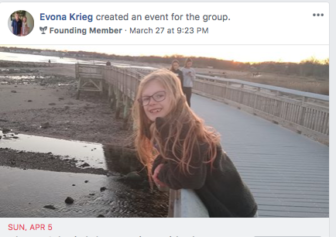 But it was a little too soon. “We saw people driving by the opposite way,” Krieg recalled. “Some had decorations, so we gave her her pogo stick to distract her, so she wouldn’t see it.”

When the time was right, Alexa’s parents said, “lets go to the end of the driveway.”

“That’s when everybody started driving up and beeping and some cars played music,” Krieg said. “She was beaming. She was so excited and happy. She felt really special.”

Adrienne Stepkoski, who founded Monroe Locals Supporting Drive By Birthday Parades at the end of March, said, as of Thursday, at least 30 parades were held with 33 more coming up.

This weekend, there were four parades on Saturday with seven more scheduled for Easter Sunday. 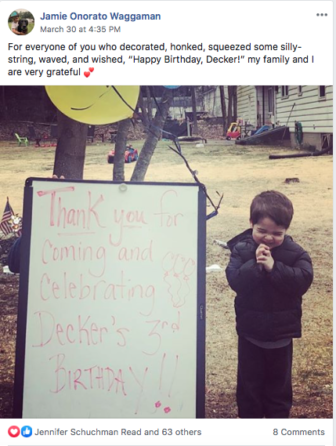 Stepkoski said the goal is to have five to 10 cars for a parade. Alexa Krieg’s birthday parade, which was covered by News 12, had the biggest turnout with 25 vehicles.

“It’s been fun,” Stepkoski said. “It kind of makes you feel like a kid again. I play ‘Happy Birthday’ when I drive by. I have a bubble gun.”

Rather than an expensive party, Stepkoski said parents are able to book free birthday parades for their children, which are typically five minutes long.

“Sometimes the most simple things can bring you so much joy,” she said.

A birthday idea is born 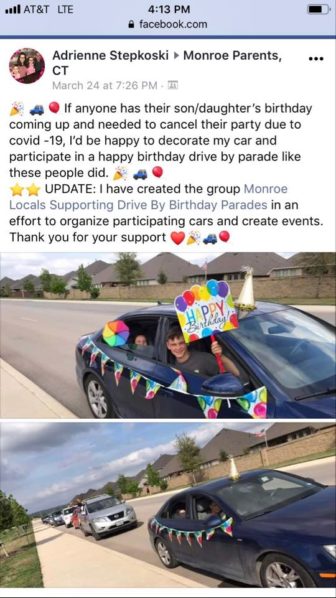 Stepkoski, a married mother of two, is a nurse at Stamford Hospital. She is a Girl Scout leader, who is active in the community, participating in groups like Monroe CT Rocks.

If anyone has their son/daughter’s birthday coming up and needed to cancel their party due to covid-19, I’d be happy to decorate my car and participate in a happy birthday drive by parade like these people did. UPDATE: I created the group Monroe Locals Supporting Drive By Birthday Parades in an effort to organize participating cars and create events. Thank you for your support.

What started out as a page with family and friends, quickly grew to over 100 members, before exploding to 427 members after Alexa Krieg’s parade aired on News 12.

Stepkoski said the large membership allows for flexibility in planning parades when work schedules and distance learning make it hard for some to participate. 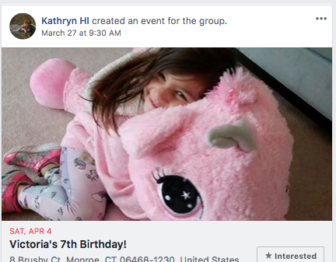 To schedule a birthday parade or to participate in the events, visit the Monroe Locals Supporting Drive By Birthday Parades Facebook page and send a request to join.

Once membership status is approved, post an event or click on other events to participate. Stepkoski said an effort is made to schedule events at least 30 minutes apart.

While most parades are for children, some have been for adults, including one on Sunday for a man who was turning 94.

Sharing milestones at a distance 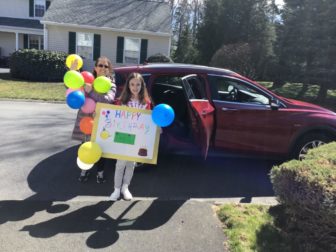 Stepkoski said parade participants show up around 10 minutes before each event and decorate their cars using materials like streamers and construction paper.

“If they don’t have decorations, they shake stuffed animals out of their car windows and play music when they drive by, while waving and honking their horns,” she said.

Among some of the most elaborate decorations, Stepkoski said Lynn Souza has a Star Wars themed car and plays music from the movie series when she drives by. Souza affixes Star Wars stuffed animals to the top of her car and her daughter displays her lightsaber. 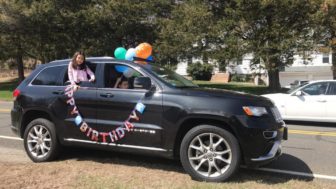 Nina Gagnon bought inflatable pool floats and usually swaps out the unicorn for girls’ parties and the dragon for boys parties.

“It’s a change of a scenery,” Stepkoski said of participating in the parades. “There’s fresh air with the windows down and you see familiar faces. It’s been tremendously successful and it’s heartwarming seeing the community come together at this time of social isolation — and everybody is enthusiastic and kind.” 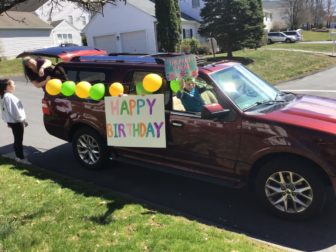 Families have posted photos and videos on the Monroe Locals Supporting Drive By Birthday Parades Facebook page to express their gratitude for their child’s special day.

In one post, Liz Fontana shared an entry from her son Alex’s journal. He wrote:

During my weekend my mom said there was a surprise. So we went in the driveway and waited. I was wondering what the surprise was. Then I saw cars along the road, some threw candy, some said happy birthday, some played music, one even had an inflatable unicorn on the top. And in the end I had a bag of candy that weighed 4 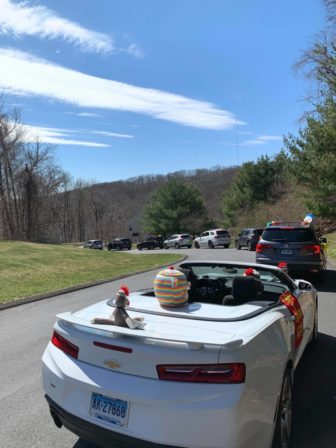 pounds. I used to think this was the worst birthday ever, now I think it is the best. I can’t believe I got a personal parade with my friends in it.

“Parents said they were moved to tears with happiness, because they couldn’t believe strangers would do this for their children,” Stepkoski said of the parades. “It brings me happiness that such a simple activity can bring so much joy.”

Once social distancing is relaxed and people go back to their busy lives, Stepkoski said she hopes birthday parades can still be held on weekends.

“I’d love for it to continue,” she said. “I think it would be amazing.”