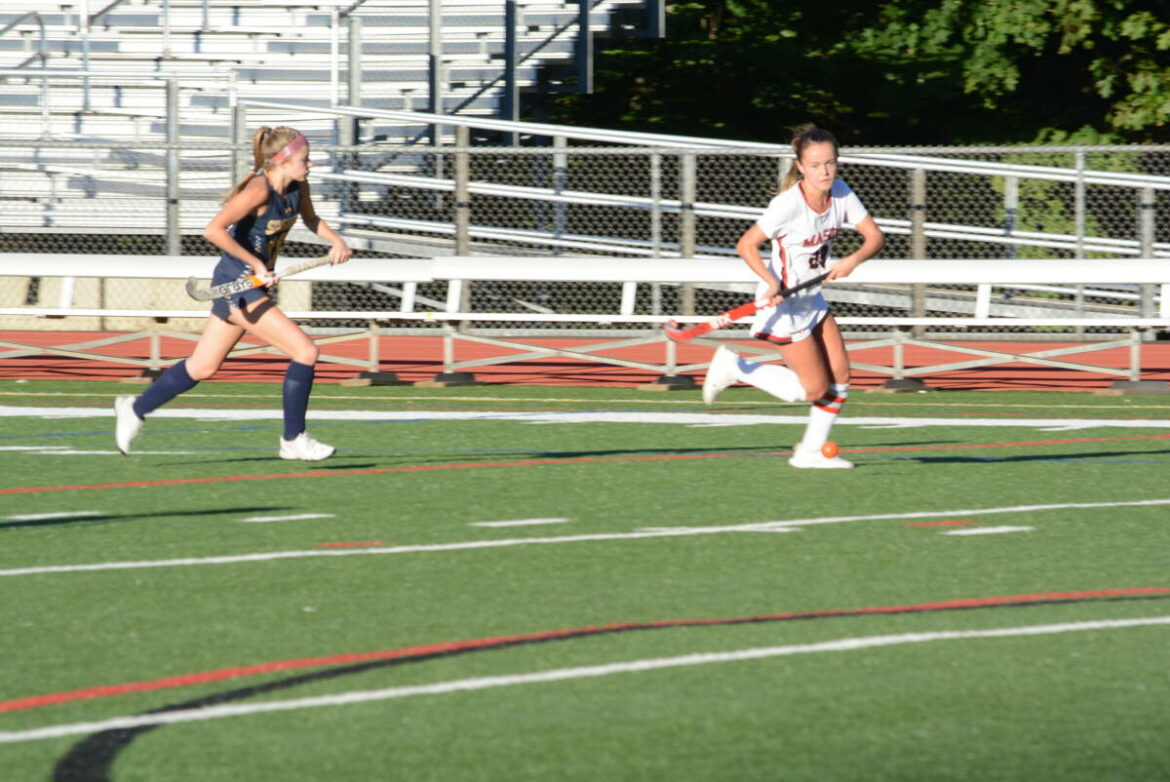 Amelia Logan races down the field in the final seconds of regulation, on her way to shoot the game winning goal in Masuk's 4-3 triumph over Simsbury Friday.

MONROE, CT — After seeing visiting Simsbury even the score with just 11 seconds to play, Masuk High’s field hockey team was not content with a tie in a nonconference clash on Friday. The Panthers may not have had much time, but they had all the time they needed to pull off a dramatic 4-3 victory.

Amelia Logan beat the buzzer by a second, sparking a celebration on the field as Masuk shocked its opponent.

Molly Halliday sent the ball forward off the center field restart following Simsbury’s tying tally, Halliday flipped the ball in the air and it bounced past a defender along the left sideline.

Logan tracked down the ball and stick-handled deep into Simsbury’s end of the field. She unleashed a desperation shot, falling to the turf in the process. The ball clanked off the inside back of the cage.

“It was pretty cool just because there were only 11 seconds left,” Logan said. “Molly has so much insight. She knows what to do, which really shows her leadership and what a good teammate she is.”

The game was tied 1-1 heading to the fourth quarter, Masuk’s first tally coming off the stick of Logan, assisted by Ella Bunovsky. Masuk went up 2-1 early in the fourth on a goal by Emma Cusa, assisted by Izzy Viglione. Simsbury got things even at 2-2, and Cusa broke the tie when she deflected a shot by Halliday off a penalty corner with 5:08 to play.

Simsbury got that clutch game-tying goal late, only to see the Panthers pull this one out.

Masuk was coming off a 2-0 win over Pomperaug on Wednesday. Logan and Grace Walker, set up by Cusa and Logan, had the goals. The Panthers bounced back from their first loss, a 2-1 setback at Newtown last Saturday.