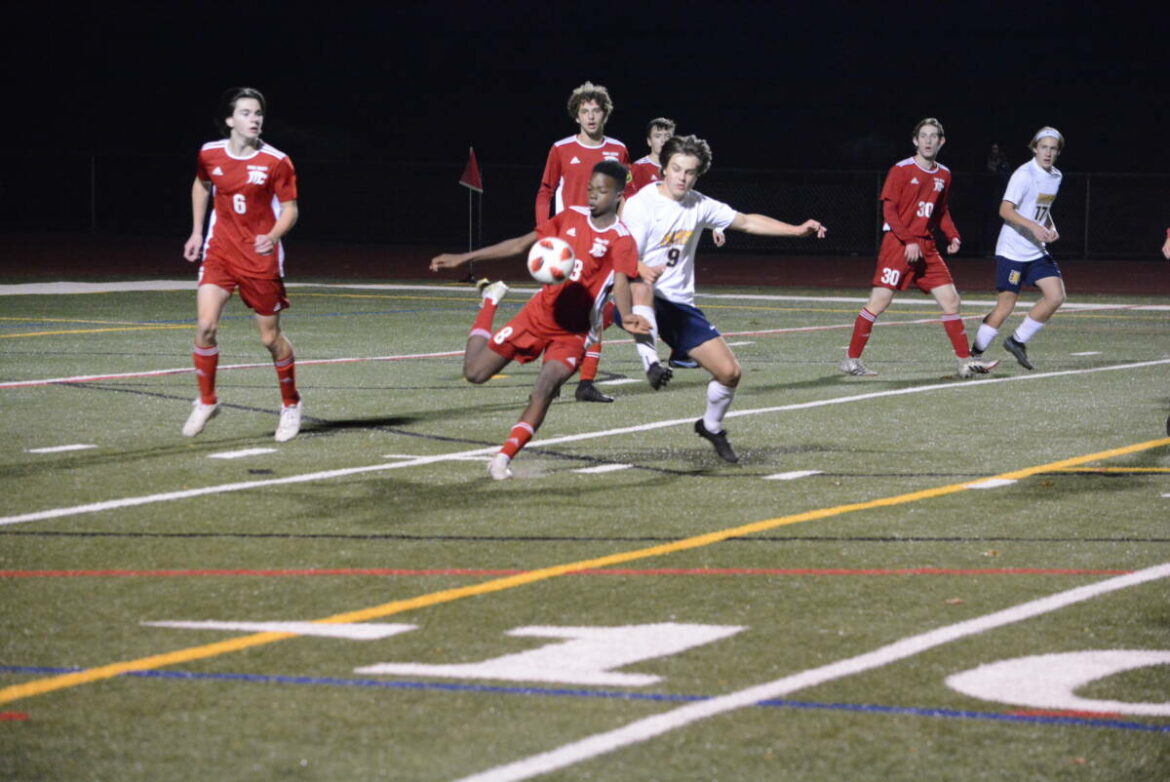 Masuk junior Hadara Sisay scored midway through the first half for a 1-0 Masuk lead in its Class L State Tournament win over RHAM Tuesday.

MONROE, CT — Soccer purists well tell you a game should be decided during game play, but those involved in the Masuk High boys’ program aren’t about to complain about the end result from their Class L State Tournament opener.

The No. 16 Panthers edged No. 17 RHAM 2-1 by winning in a round of penalty kicks (4-3) after still being deadlocked at one a piece following regulation and overtime at Masuk Tuesday.

Junior Hadara Sisay scored midway through the first half for a 1-0 Masuk lead, The Panthers fended off RHAM, which applied pressure late in the opening half, to maintain that one-goal lead heading into the break.

After RHAM tied things in the second half and a scoreless overtime, the teams lined up for penalty kicks. Senior captains Carter McCoy and 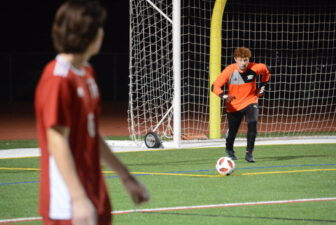 Jonah Lesiw both scored, and seniors Jake Gniadek and Kyle Mulloy both scored.