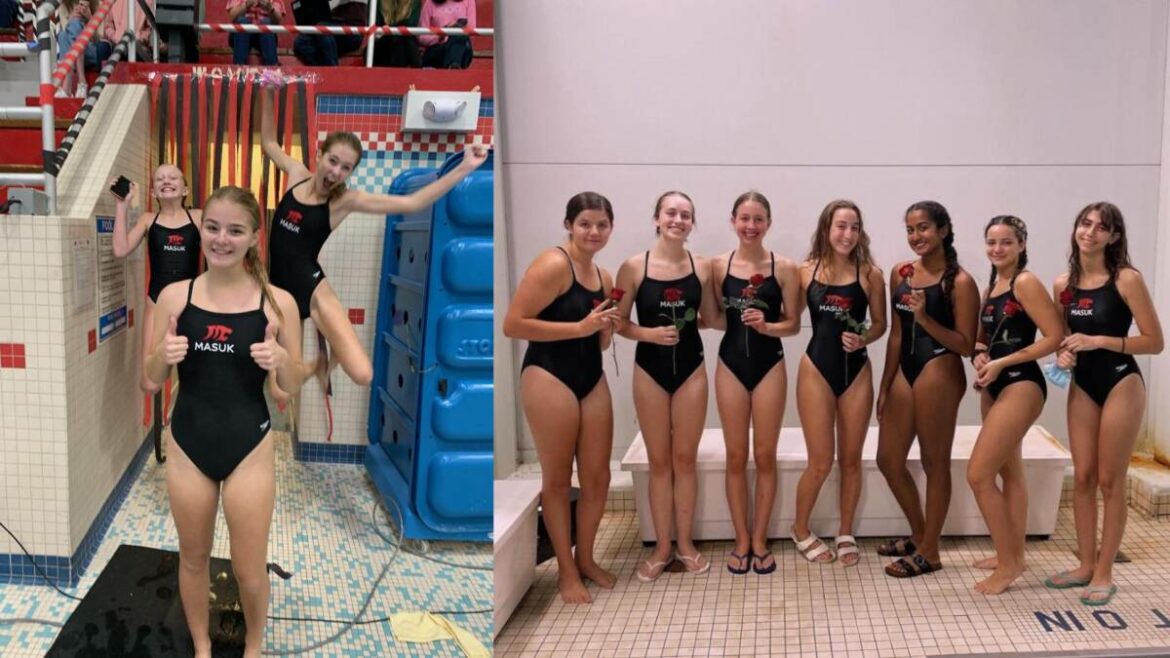 Masuk lost 99-87 in the team’s closest meet yet. It came down to the last relay. Masuk needed to place first and third to win it, but took second and fourth in the 400 yard freestyle relay event.

Highlights from the meet are as follows:

The divers have been recruited as swimmers. They have been practicing and had their own relay that came in fourth place (Riordan, C.Wittenauer, K.Wittenauer, Jordan)