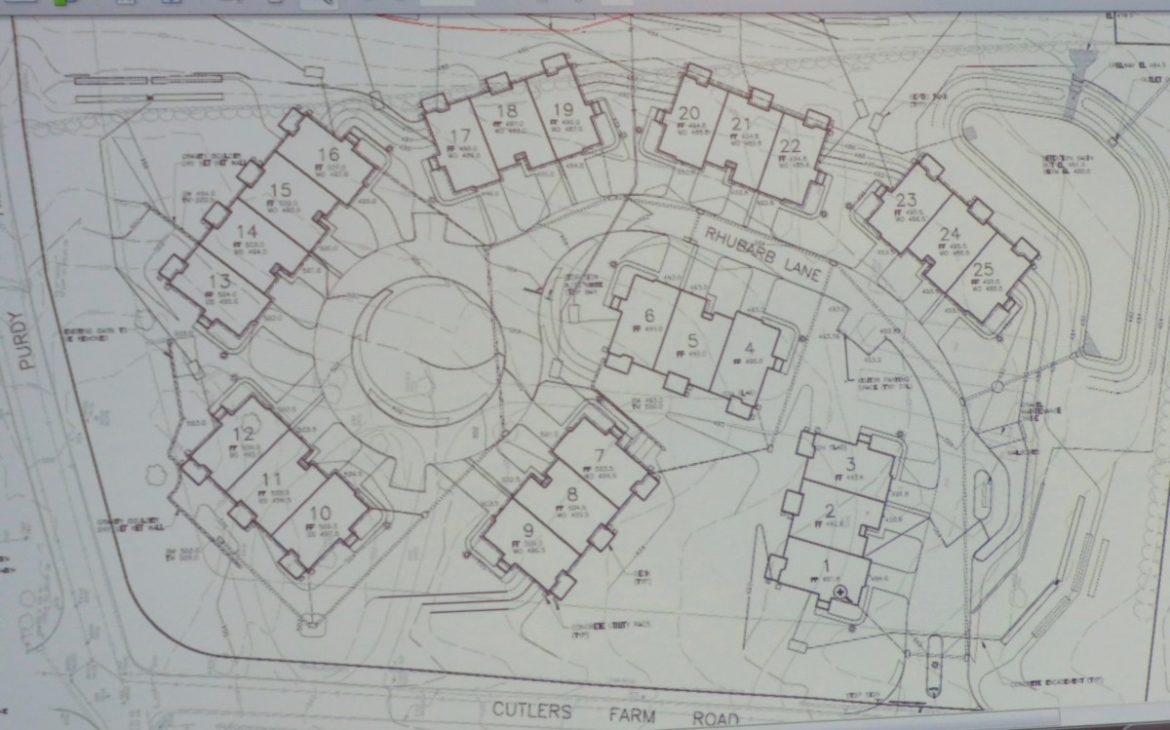 Planning and Zoning commissioners already approved a developer’s plan for an age 55 and older community of 15 detached housing units at the corner of Purdy Hill and Cutlers Farm roads, but now Beaver Brook LLC wants to build 10 more two-bedroom units.

Since the original housing plan was approved in 2016, David Bjorklund, an engineer for the applicant, says the state of Connecticut changed the health code, increasing the allowable daily wastewater discharge from 5,000 gallons per unit to 7,500 gallons.

As a result, Beaver Brook LLC is now proposing to build eight buildings with a total of 25 two-bedroom-units, increasing the number of bedrooms from 30 to 50, on the 10-acre-site owned by Kenneth and Priscilla Twombly.

“Each building would have its own septic tank and own field,” Bjorklund said. “It’s not a community septic system.”

A hearing held on the special exception permit and site development plan application for the property at 269 Purdy Hill Road before the Planning and Zoning Commission on Dec. 19 was continued to Jan. 16.

In addition to proposing a plan for higher density housing, Beaver Brook wants approval to demolish an existing house and shed on the otherwise vacant property. A raised ranch was built on the property in the 1950s.

A 1,000 foot road called Rhubarb Lane would be constructed to access the housing. The driveway will be as far away from the Purdy Hill and Cutlers Farm intersection as possible, Bjorklund said. There will be one exit onto Cutlers Farm Road from the property.

Bjorklund said sidewalks along Cutlers Farm Road are not necessary in the rural area. He also disagreed with Town Engineer Scott Schatzlein’s recommendation for improvements on Cutlers Farm and to widen the driveway.

Under the plan, visiting parking spaces for the housing community would increase from five to seven.

A rendering by architect Patrick Rose shows the front of a building for an age-restricted housing proposal at the corner of Purdy Hill and Cutlers Farm roads.

Patrick Rose, the Fairfield-based architect hired by the applicant, said seven of the buildings would have three units and one would have four. Each unit would have two bedrooms and two-and-a-half baths.

Chairman William Porter asked if that could be made into a third bedroom. Rose said there would be no closets there.

“Can you make it open, so there is no wall?” Porter asked. “I just want to make it, so it’s not easy to be a bedroom.” 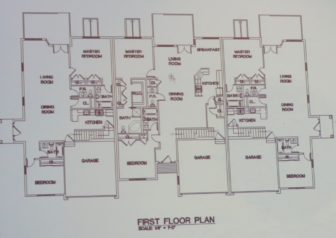 During the public comment portion of the hearing, Terry L. Greene, who owns property on Purdy Hill Road, praised the buffer the Twomblys have on their property and asked if there are any restrictions for adult children to live in an age 55-and-older community.

Porter said the regulation says no one under age 18 can live in a unit for more than three months in a 12-month-period.

Greene disagreed with the traffic study, saying there is heavy traffic on the roads certain hours of the day. She supports having sidewalks, so residents can safely walk to the Monroe Senior Center and Wolfe Park.