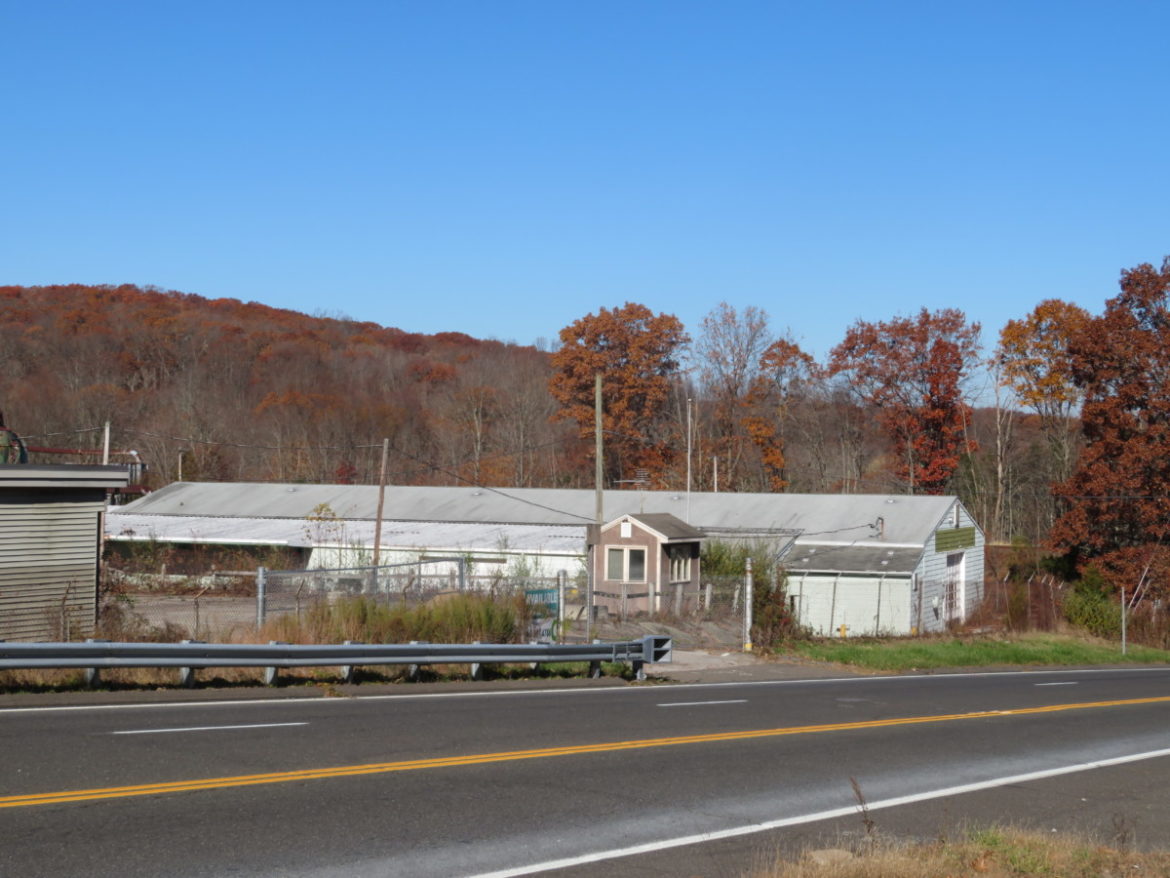 The Stevenson Lumber property has been vacant for years.

John Kimball, an acting consultant for the applicant, is proposing text amendments and zone change for a new Stevenson Business District 2, which would expand permitted uses on the site by allowing a commercial parking and indoor cultivation facilities.

During a hearing before the commission Thursday, Kimball said the site is roughly 40 acres, approximately 30 of which was developed with paved areas and now abandoned buildings. The Kimballs’ proposal includes a landscaping plan with a tree-lined driveway.

“The entryway and how it looks from the street is very important to us,” John Kimball said. “Every time we build a building, this site will be cleaner than it was with less pavement than there was. This will have that benefit at the end of the day and I think it will be something we’re all proud of when we’re done.”

The couple applied as Stevenson Properties LLC, of which Kimball Family Investments LLC is the sole member. They have been working closely on the text amendments and zone change with land use officials and the commission’s subcommittee for about 18 months.

“We’re on the first step, but the process we’re involved in with the town will bring this property leaps and bounds forward from where it stands,” John Kimball said.

Thursday’s hearing was continued to Dec. 3.

“The commercial parking concept is meant to create a place for people to park their RVs, boats and trailers,” Kimball said, noting the close proximity to Lake Zoar.

“It was a way to take a very large portion of the site and get some use and tax money from it,” he said. “It really provides a great interim use for us. If the redevelopment goes well and we need more space, we don’t have to demolish anything to build another building. This could be a long term use or a short term use.”

He also said they could store tractor trailer trucks, which have often been seen parked there illegally. Allowing commercial parking for this would also empower the zoning enforcement officer to tell violators there is a legal place for the trucks to park, according to Kimball.

He said there would be a 300 foot setback from Route 111 and the parking lot would be gated with striped spaces and fully screened from any adjoining properties. No maintenance or repair work would be allowed in the parking area, which would be fenced-in to limit access.

Kimball said he anticipates the parking lot would be manned by an onsite person during the day, though there would be card access and security cameras. Customers would be able to register online.

Leon Ambrosey, a commissioner, asked how far away the commercial parking would be from the Halfway River. Kimball said it would be 475 feet from the river and one would have to go uphill over 20 feet to get to the river.

Kimball said the indoor (non-farm) cultivation use is not meant to be an entry into the marijuana business. He said commercial brokers are looking for places to grow herbs and he has received interest in fish farming and vertical farming, which uses 95-percent less water and allows for year-round growing.

“We can potentially make a vertical farm to table concept if we could attract a restaurant to the site,” he said of the possibilities.

Kimball said he made one error in drafting the amendment. It says there could be town governmental service facilities, including but not limited to a Department of Public Works yard, dog pound and transfer station. He did not intend to include a transfer station use.

As a result, Trout Unlimited and the town of Newtown expressed opposition of the transfer station use. “We would be fine with striking the municipal use,” Kimball told the commission.

Joe Jovious, vice president of the Pootatuck Watershed Association, expressed interest in water runoff from the site, as well as the water temperature. Kimball said there would be a stormwater management plan and reducing asphalt will lower the temperature of the water.

Karen Burnaska, a former Monroe first selectman and current chair of the Conservation Commission, questioned why the Planning and Zoning Commission was entertaining the zoning amendment for “a critical area and an entryway to Monroe” before the town’s revised Plan of Conservation and Development is finished.

“It’s already a commercial area,” said Michael O’Reilly, chairman of the Planning and Zoning Commission. “If there is more commercial development in town, we’d like to see it in that area. Buildings will be falling down there pretty soon.”

O’Reilly said the hearing would not be closed that night, allowing for more public input on the application.

John Liggio, of Whispering Pine Road, said he was concerned about the aquifer and what’s going in on the southern, more elevated portion of the property. Kimball said no specific company has been identified for it yet, adding it is not an aquifer and public water supply watershed area.

“The site is significantly impaired to have any high water use, so we envision a lot of moving and storage warehousing, that kind of use of the property, because we’re very limited in septic capacity and using the ground for any kind of wastewater disposal,” Kimball said.

Liggio said the truss company used to be hammering until 11 at night and his wife added it was sometimes until 3 a.m.

“I don’t know of any truss uses for the property,” Kimball said. “We have no nighttime use from companies who expressed interest so far, they’re all daytime properties. I can’t guarantee it now because nothing is signed, but that’s all the interest.”

Kimball also said they were able to clean up the entire property over the past two years.

Ronald Bunovsky Sr., of Holly Place, said the property is in an environmentally sensitive area and recalled years of hazardous crashes involving tractor trailers going down the hill on that portion of Monroe Turnpike, especially in rainy and snowy conditions.

“I think we have to realize the town is over 95-percent developed commercially and residentially,” he said. “I think we need more time to think this out.”

Bunovsky said Monroe will not solve all its problems by developing every square inch of the town. He suggested seeking grants to remediate the property, which is near the Housatonic River, a body of water with PCB contamination from developments around it that were not thought all the way through.

Kevin Solli, an engineer and principal of Solli Engineering, spoke as a town resident.

“Please consider this,” Solli said. “I drive by it all the time. It’s a dilapidated site. Activity begets activity. Enabling economic investment will spur more interest. The existing property has none of those stormwater controls in place, with limited plantings.”

Solli noted how a goal of developing the property is in the current POCD. “It expands the tax base,” he said. “Do something to make this property more beneficial to the community.”

Nicole Lupo, of Holly Lane, said, “I agree the entire site is an eyesore and has been for a while. Does the plan include anything for the small property on Cottage Street?”

“We don’t own that piece,” Kimball said. “I talked to the owner. He plans on waiting for us to invest in our piece, before he invests in his piece. I guess he’s waiting for a bump in value.”