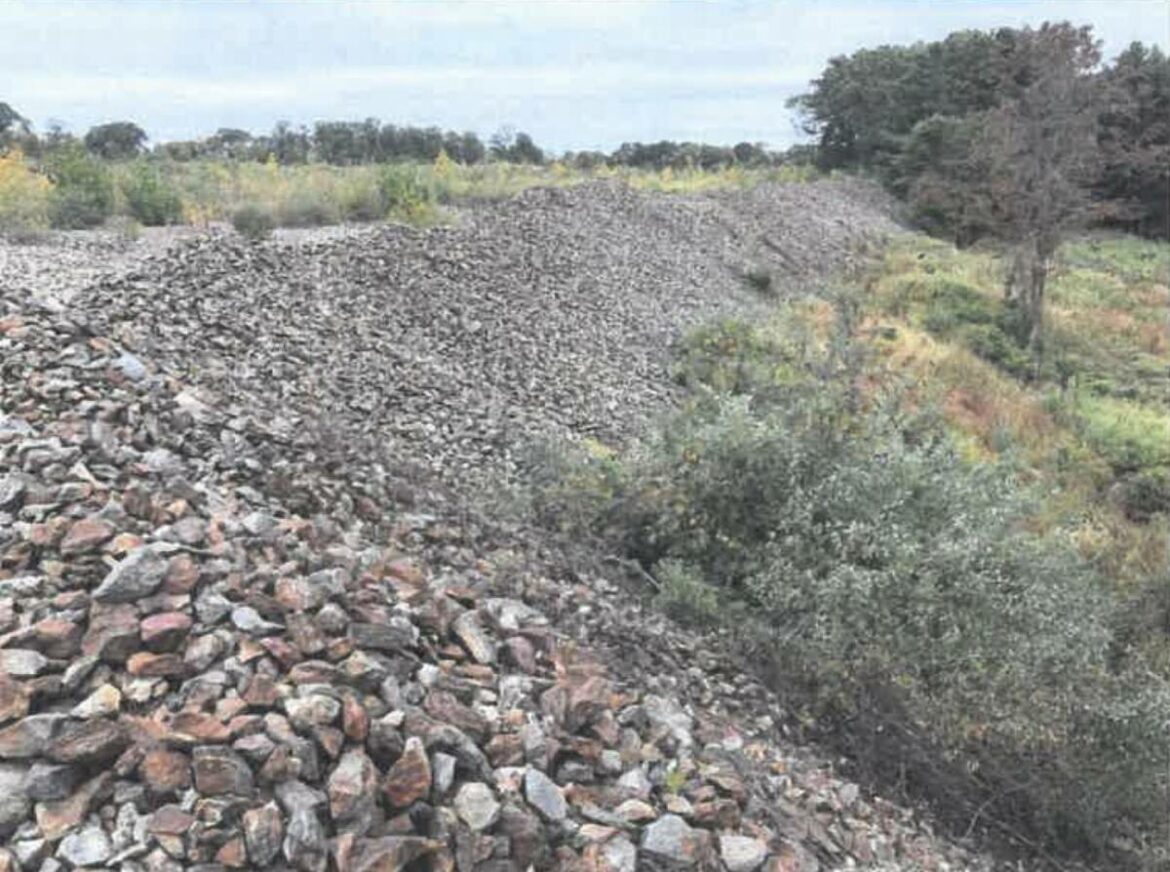 Ninety units of age-restricted housing was previously approved for this historic mining property on Turkey Roost Road, but the approval lapsed and now the owner wants to lift the age restriction.

MONROE, CT — A developer wants to bring back a plan to build 90 detached single-family dwellings on over 106 acres at 141 and 201 Turkey Roost Road. The proposal also includes 5,570 linear feet of new roadway.

Known as the Renz pond property, it was the site of an illegal quarry in 1952, with the activity going on for several decades, sparking a long history of litigation.

In the early 2000s, the Planning and Zoning Commission granted a zone change, leading to zoning and Inland Wetlands Commission approvals for the construction of a 90-unit age 55-and-older community in 2010 — but it was never built and the approval expired.

David Bjorklund, a civil engineer with J. Edwards & Associates, told Inland Wetlands commissioners the history of the property during a hearing Wednesday night. Now, he said his client, Quarry Ridge Associates, wants to bring back the plan as detached single family dwellings without the age restriction.

Chairman B.J. Hall told Bjorklund and his client that the Inland Wetlands Commission’s regulations allow it to require an environmental impact study by a licensed professional.

The study would assess the effects of the proposed development on the neighborhood and how it will diminish or enhance wetlands and watercourses, according to Hall. The commission could also require explanations of why other alternatives are not feasible or prudent.

The commission voted unanimously to require the hiring of a consultant for the study.

“We agree to fund the study,” Bjorklund said, allowing the hearing to proceed.

Ryan and Autumn Sheppard of Pinto Lane submitted a letter to the Inland Wetlands Commission expressing concerns over having 90 single family units built so close to the back of their property.

The couple said it will drive down property values in the area, “not to mention” the disruption from construction and the impact on wildlife. Ryan said he believes some eagles live in the area.

The Sheppards are also concerned that septic systems could fail and leak into the wetlands.

A couple who attended last Thursday’s hearing echoed those concerns, along with the traffic and pollution from the 180 vehicles they estimate the new development would bring.

Though the Inland Wetlands Commission does not consider economic concerns, the couple also expressed concern over the impact on Monroe’s school system and property taxes to pay for more students.

Lois Spence, a longtime member of the Inland Wetlands Commission, said she served on the commission when the previous application was approved in 2010, a time when more examination of it was not required.

“I highly recommend before you walk it, you have it staked, so you know where the buildings will be,” she said of the property. “That will help you see exactly what you are looking at.”

Though the developer wants to lift the age restriction from the previous approval, Spence noted the paperwork for the application still says, “active adult community with two-to-three bedrooms,” which she said is not consistent with the presentation.

Spence said there is a lot of sanded gravel on the property, which is not appropriate to handle a substantial amount of effluent. She said there should be testing to ensure it can purify runoff.

“I ask for as much undisturbed open space as possible,” she said.

The applicant proposed to keep 58 acres, where the gravel mine used to be, as open space, so it can be re-vegetated. 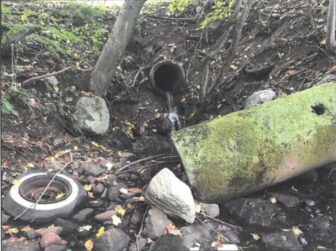 Wetlands were damaged from an illegal quarrying operation at 141 and 201 Turkey Roost Road.

After the Turkey Roost Road property was approved for an age 55-and-older community in 2010, Bjorklund said the owner/applicant had to pursue an extensive renovation of the property, so construction never happened.

“This is the former Renz Quarry, famous in town — subject to years of litigation,” he said, adding as much as 80 feet of rock was removed in some areas. “The property was used and abused. Almost everything you see on this map, distributed grades changed, topsoil was removed.”

The remaining wetlands and an open water pond were all impacted, either by heavy equipment, grading or tree removal, according to Bjorklund. “In any way, shape and form, this is not a natural wetlands,” he said. “It has all been disturbed. It’s hard to believe this much land was destroyed.”

Though the new proposal has no age restriction, Bjorklund said the layout has not changed. The three-bedroom single family, detached housing has a loop driveway and a club house. The existing driveway into the property would be widened to 24 feet.

Because the daily flow of the septic system would be over 7,500 gallons per day, Bjorklund said another Connecticut Department of Environmental Protection approval of a larger system will be needed, so the development would be built in two phases, with 45 of the 90 units build in phase two.

The housing would have underground utilities, an extensive erosion control plan, water quality basins, rip rap swales and be served by city water.

Bjorklund said an existing house on the property would be removed.

Schultz said the application will be on Oct. 12 meeting agenda, so the commission can get an update on a consultant.