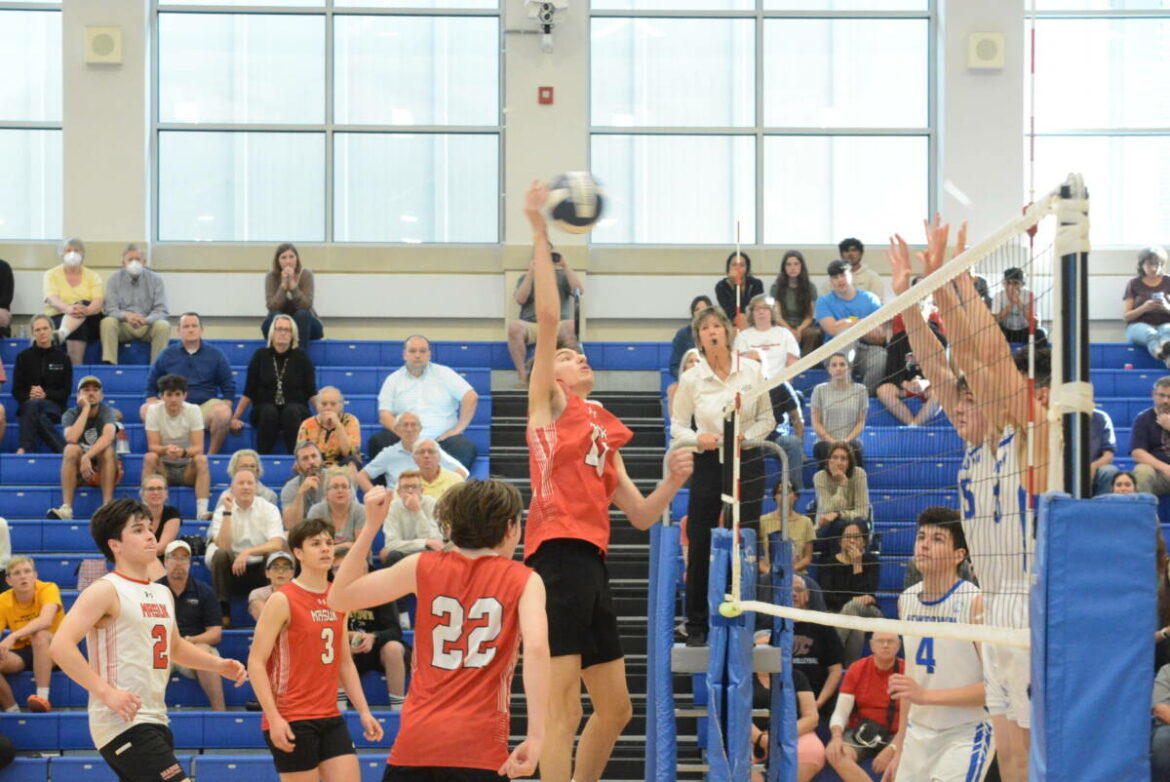 NEWTOWN, CT — Masuk High’s boys volleyball team defeated host Newtown 3-1 (25-18, 25-22, 24-26, 25-17) in the South-West Conference Tournament semifinals on Wednesday. With the win, the No. 3 Panthers avenged two regular-season defeats to No. 2 seed Newtown, and earned a spot in the championship match.

Masuk will visit No. 1 Joel Barlow of Redding this Friday, May 27, at 7 p.m. Barlow is the defending champ and has been to each of the last six SWC finals.

In the semifinal victory, Nate McCauley had 24 kills, Ryan Barringer logged 13 kills and Owen Smith added seven kills. McCauley had six service aces. McCauley and Jacob Moreno both had seven digs and setter Nathan Kurkoski had six digs to go along with his 47 assists.

The blocking game, led by Barringer with eight, was a key to victory, Coach Hipolito Castro said.

“We had much better blocking,” said Castro, comparing the two regular-season defeats to the playoff rematch. 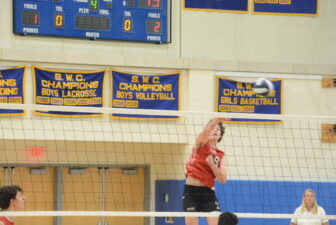 Nate McCauley hits the ball over the net for Masuk.

Castro added that the Panthers practiced loading up one side with Barringer, Smith (who had three blocks) and McCauley to defend against standout Newtown hitter Thad Teraszkiewicz. He still managed 23 kills but it took a lot of attempts to record that tally.

In the fourth game, McCauley was a force. His two consecutive smashes for points turned a five-point lead into a 13-6 advantage and the Panthers never looked back, although Newtown hung in there, trading points for most of the rest of the deciding game.

Masuk was beaten 3-0 by Barlow twice this spring.