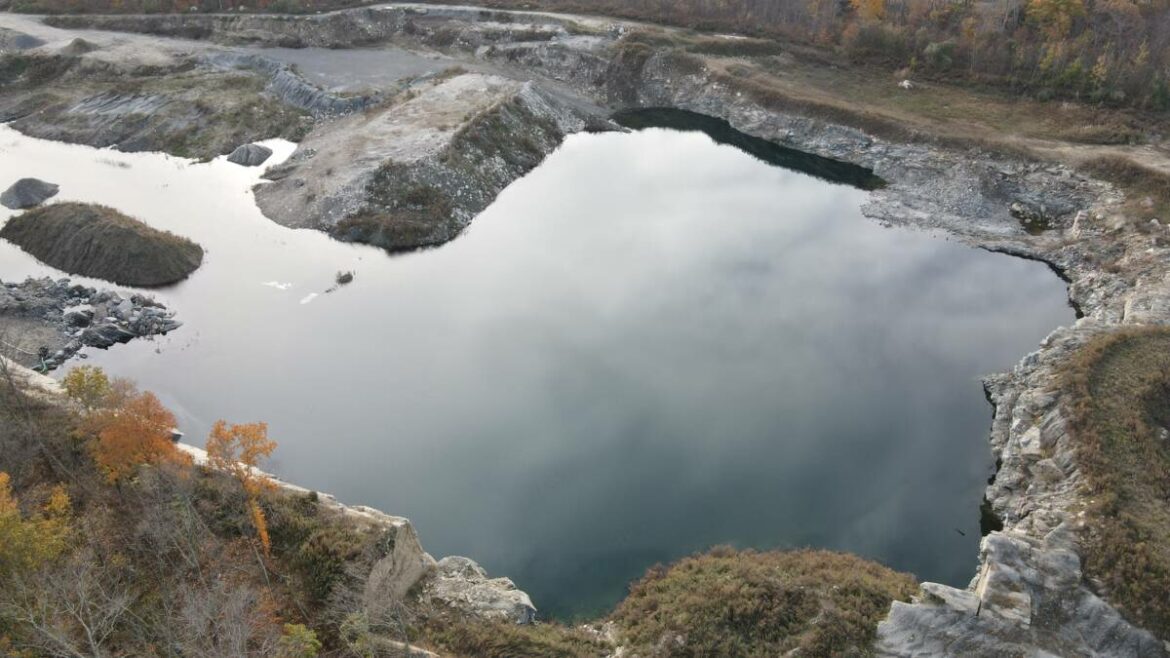 A large hole at 64 Cambridge and 4 Independence drives is filling up with stormwater. The plan is to dewater it, fill it with material, and compact it so it can support buildings.

MONROE, CT — Testimony during a Planning and Zoning Commission hearing for an excavation and filling permit at 64 Cambridge and 4 Independence drives revealed the Connecticut Department of Energy and Environmental Protection has an open investigation for potential violations on the site.

However, Jane Kimball Warren, an attorney for the applicant, said the DEEP found no violations, adding the investigation was prompted by a series of complaints filed by neighboring property owner, Peter Metropoulos, who petitioned the commission for intervenor status, allowing his own experts to participate in the hearing for the zoning application.

“I personally provided them with all the information they asked for,” Warren said. “They found no violations. The intervenor continues to file complaint after complaint. The DEEP has been to this site and found no issues.”

Warren said the DEEP does not close investigations. “They decide to act or they don’t,” she said. “They have all of the analytical data, reviewed that data and found no violation.”

Astro Land Holdings LLC and Spacely Land Holdings LLC are applying for the fill permit, so the developer can carry out an Inland Wetlands Commission approval of a plan to address violations of the previous owner by restoring wetlands and filling a massive hole on the site.

Metropoulos is appealing the wetlands approval in Superior Court.

Thursday’s hearing was continued, so the Planning and Zoning Commission can discuss whether or not to hire its own consultant. The intervenor’s environmental expert is also expected to speak. 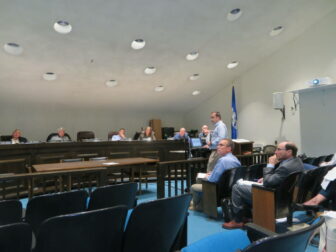 An unpermitted quarrying operation had left a huge hole on the property that reached the ground water table.

Kevin Solli, principal engineer of Solli Engineering, a firm hired by the developer, said 493,000 cubic yards of material will be imported to fill the hole. He estimates the process will take at least four-and-a-half years to complete.

He said native fill would be placed to a 411 foot elevation on Cambridge Drive. Then material that fits the State definition of clean fill would bring it to about 460 feet. An impervious liner would be put down to ensure water flows toward the eastern wetland system, which was depleted during the quarrying activity.

Solli said only native material would be placed above the liner.

The imported material would be crushed and compacted to ensure it could support buildings. Arnold Karp, the managing partner of the two LLCs that own the site, said he wants to prepare the properties for commercial and industrial development, so it generates tax revenue for the town.

Warren said her last interaction with the DEEP’s director of enforcement was in August, adding if the agency found a problem it would have ordered remediation.

Ambrosey said he spoke to Mark Jepsen, an environmental analyst at the DEEP. “I believe the investigation is still going on,” Ambrosey said.

“If it is, they just decide to enforce or not to enforce,” Warren said. “This is not your issue.”

Attorney Stephen A. Finn, who was hired by the applicant, said the intervenor got the Inland Wetlands Commission to hire its own environmental expert “to do the DEEP’s job,” and is showing the same pattern by suggesting the Planning and Zoning Commission hire one.

“The idea of combining jurisdictions with the DEEP is a bad precedent,” Finn said. “My understanding is a commission shouldn’t do its own investigations.”

Finn asked Ambrosey if he discussed this particular property with someone from the DEEP.

“I called the DEEP to find out if there were any violations on this property,” Ambrosey said.

“That’s what I wanted. It’s on the record,” Finn replied.

Ambrosey said he has concerns because the site never had a fill permit, material was brought in over the years and the town does not know how much.

Groundwater was reached from the unpermitted quarrying operation under the former owner, John Kimball, over the years, so Ambrosey also expressed concern about the water quality, because of the proximity to public drinking water.

Solli said the current owner had extensive testing done on the property before the purchase, hiring Derek Jones, a licensed environmental professional, who dug test pits, took samples and found no source of contamination on the site nor in its groundwater.

Solli also said the commission can take comfort in the fact that the DEEP has been involved throughout the process. “Mr. Karp has millions of reasons to ensure there are no environmental concerns on this property,” he said.

Joel Z. Green, Metropoulos’s attorney, said Karp tries to distance himself from the previous owner by saying the wetlands violations occurred before he bought the property.

But Green noted that Kimball has done consulting work for Karp and how Warren, one of Karp’s attorneys, is Kimball’s sister.

“There is a tremendous relationship between prior owner and current owner,” Green said.

Karp said he hired Kimball and his sister, because no one knew more about the properties he bought than they did.

“Attorney Warren and John Kimball have no equity interest,” he said. “This was purchased from the Bank of New Canaan.”

In his presentation, Green said there is a cease and desist order involving this property and conduct by this applicant.

He said he has hundreds of pages of documents showing “hundreds if not thousands” of truck loads of materials brought onto this site, include hundreds of trucks loaded with reinforced concrete, rebar and metals.

“I saw the documents that confirm what I am stating to this commission,” Green said. “This applicant received these materials and apparently used it as fill, because the contours have changed.”

Green urged the commission to hire its own independent consultant to find what the “true violations” are and about the current condition of the site before even considering the fill permit application.

“I was able to locate several brownfield sites where materials were imported, under the supervision of this applicant, from looking at his own documents,” Green said of Karp.

Among the list of “Contaminated and Potentially Contaminated Sites,” Green showed a property at 333 Main St. in Danbury and a demolition permit letter showing a Stamford carting company was hauling it away.

Green said records from Rockhead Excavation, Karp’s business, shows acceptance of the loads of materials, including concrete with rebar, from the 333 Main St. demolition.

Green went on to match four properties on the list with fill taken to 64 Cambridge and 4 Independence drives in Monroe.

“There is no Danbury contaminated material on this property,” Solli said.

Solli said any contaminated soils were disposed of at the proper locations, before clean fill was taken to the Monroe site.

“That goes with any of the other properties,” Karp said.

Solli said fill is tested to ensure it is clean fill before it is brought to the Monroe site. Then it is retested there, before it is accepted and placed.

“Testing will be done, not only to industrial standards, but to residential standards,” Karp said. “That is the highest bar in Connecticut. We have a list of what’s coming into and leaving the property.”

Solli said clean fill does not include construction and demolition debris. He also said the property will not accept asphalt.

‘Fill it with water’

Green urged the commission to deny the application.

Ryan Condon, the commission secretary, asked what Metropoulos’s goal for the neighboring properties is. “What would your client like to see this property be?” Ryan asked. “A lot of issues are raised on how it is being fixed, but we don’t have an end game.”

Green said they want to ensure the groundwater is clean and that the applicant, who is seeking some waivers, follows the process.

Karp actually plans to dewater the hole and has two active DEEP permits to do so. Then it would be filled with material, compacted and built upon.

During the public comment portion of the hearing, Joel Leneker, who lives on the Stepney side of town, said he doesn’t want a repeat of what happened about 13 years ago, when there was an approval for buildings and the site turned into a quarrying operation instead.

“I’m thinking, quite honestly, the former owner made money removing materials and I think the new owner will make money filling the site — and no building will be built,” Leneker said.

“The vision is to turn this into a tax generating property,” Karp said, adding the import of material is not an economic driver. “The vision is to get us out of the site work business and into the building and development business.”

“It’s a great deal of site work before I can get anybody to market this,” he said, adding of potential tenants, “they’re not looking for the headache of filling. They’re looking for the ease of building.”