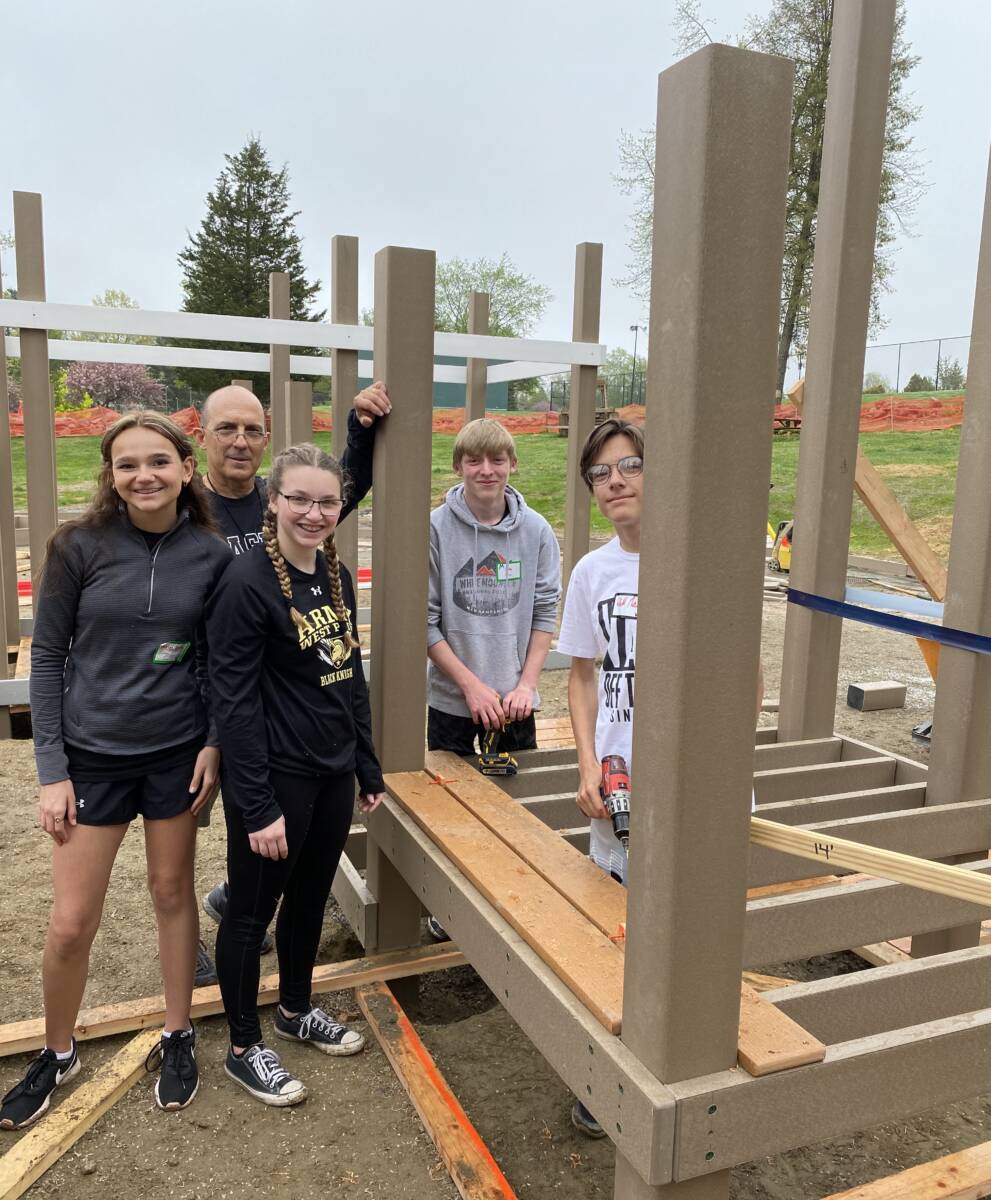 Joe Carrino, a Masuk technology education teacher, brought 11 of his students to Wolfe Park to participate in the community build of the new playground Friday.

Carrino brought his students to the park to participate in the community build of the project to replace the wooden Kids Kreations playground Friday, the fourth day of the six-day-build. They applied their construction skills from 9:15 a.m. until 1:30 p.m. 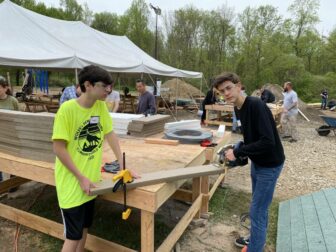 Carrino expressed his gratitude to members of the Monroe Playground Foundation, the nonprofit spearheading the project, for how accommodating they were to his students.

“Community service is number one,” Carrino said of encouraging students to volunteer for the build. “I want them to feel connected to the community and to put the skills they learned in the classroom to use in a real world setting.”

Carrino said Superintendent of Schools Joseph Kobza was the impetus behind his class getting involved with the playground project.

“He is very community oriented and was the one who initiated getting our students to volunteer,” Carrino said of Kobza. “He contacted me on Tuesday to tell me the playground project could use help and asked if I could organize something.”

Carrino’s students split up into two groups with one working on decking for the playground and the other building benches. “I think it’s been fantastic,” he said of the experience. 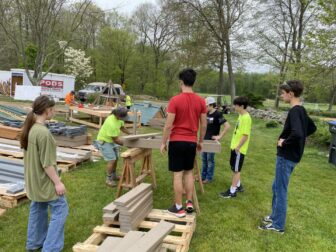 Victoria Pappaiardo, 17, a senior who took Carrino’s class for all four years at Masuk, said she wanted to apply what she learned to the playground project and to learn some new things.

“It feels good to help the town,” she said of building the playground. “It’s nice to help out and meet new people. It’s incredible. I’m definitely not going to forget about it. It’s awesome. It’s good to have Masuk students involved.”

Through the experience, Pappaiardo said she worked with new tools and technology for the first time.

Isaac Da Silva, 16, a sophomore, said his younger sister had played in the Kids Kreations playground growing up.

“Mr. Carrino said, ‘I’ll volunteer to volunteer you for volunteer work,'” a grinning Da Silva recalled how his teacher asked him to help build The Wolfe’s Den.

“I did want to build a playground and be part of something,” he added. “We have four benches over there we built. We followed the layout. We took a while to do the first one, then got the hang of it.”

While building the benches, Da Silva made a countersink for the first time, drilling a pilot hole for a screw, then a larger one for the screw head to be recessed into the wood.

“It’s a good feeling to see your work make other people happy,” Da Silva said. “It’s a sense of accomplishment to see the thing you built have a lot of use. I can’t wait to see people sitting on these benches.”