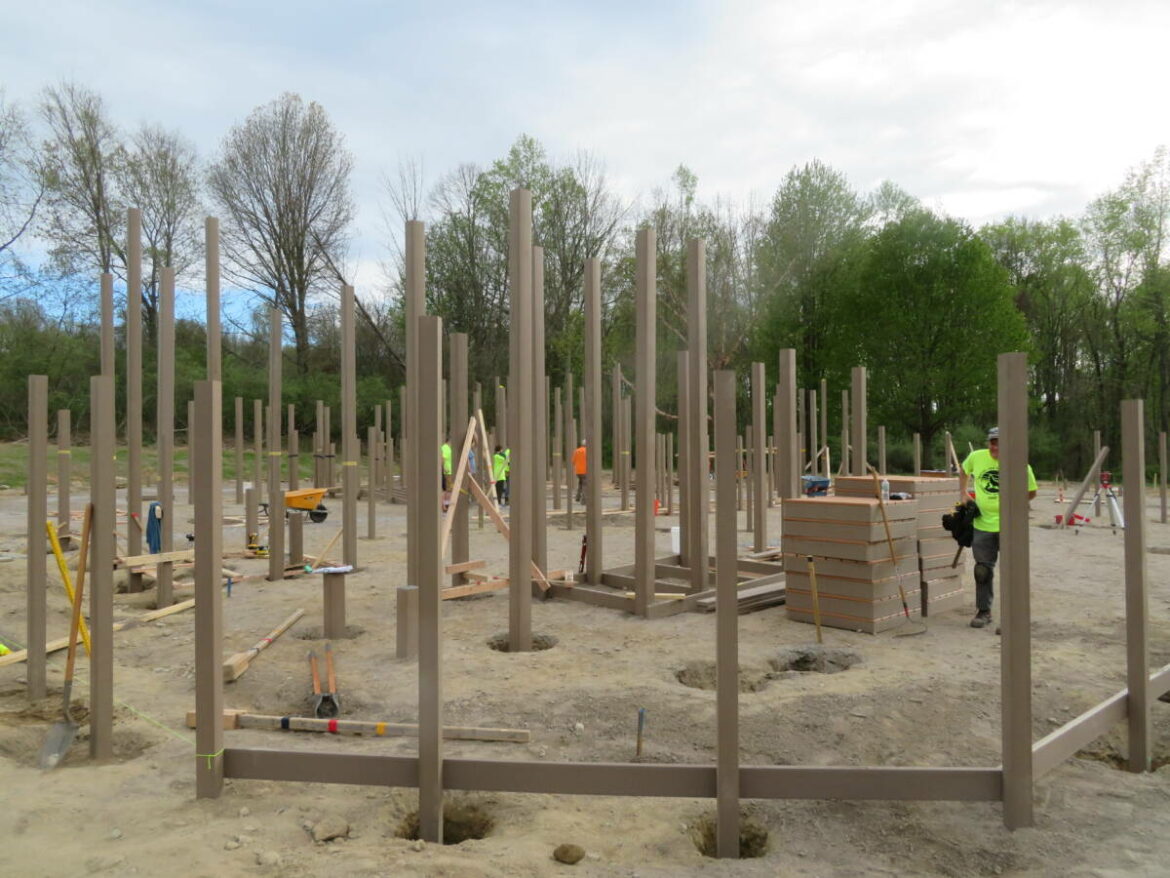 The posts are up for The Wolfe's Den Playground, but a lot more work needs to be done.

MONROE, CT — Posts for The Wolfe’s Den Playground jutted out of the ground on the construction site at Wolfe Park early Wednesday evening, a sure sign of progress. But Amanda Bean, the volunteer coordinator for the project, expressed concern over a shortage of volunteers for the community build.

“We hope enough people turn out over the next few days,” she said. “We had about 80 today. We’re supposed to have 300. We were short yesterday too.”

On Thursday morning, Bean said over 100 had turned out by the end of Wednesday.

Dan Keene, chairman of the Monroe Playground Foundation, the nonprofit spearheading the project to replace the wooden Kids Kreations Playground, said he was optimistic that more volunteers would sign up to work for the last two hours of day two of the six day community build.

Bean said the ramps, steps and flooring is now being built.

“So the math and thinking part is done,” she said with a smile. “Now it’s the easy, fun part — screwing it all together and making it look like a playground.”

Volunteers arrive on the construction site, near the Rotary Pavilion, at 8 a.m. and work goes on until 8 p.m. Breakfast, lunch and dinner is served during the day. For parents of young children, a child supervision tent is available, offering crafts, games and snacks to keep kids occupied as their parents work.

The foundation invites everyone to show up, sign-in and give as much of their time as they want. Keene has said, “we’ll take an hour, a day, a week — whatever you’re willing to give. We welcome everyone.”