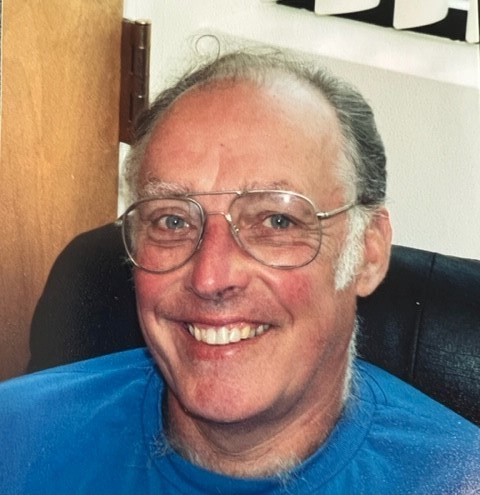 Dave W. Knecht, of Monroe, passed away peacefully September 9, 2022, at his home with his loving wife Smilie at his side.

Dave was the youngest son of Mr. and Mrs. Walter and Helen Knecht. He spent his youth at their home on White Plains Road in Trumbull and attended Central High School in Bridgeport, graduating in 1961.

After high school, Dave enlisted in the U.S. Navy. Following training in Newport, R.I., and Great Lakes, Ill., he was stationed at Submarine Base Pearl Harbor, Hawaii, for the balance of his military career. At Pearl Harbor he proudly served as a diesel mechanic on submarines from 1962 until his honorable discharge in 1964.

Dave was a man with three basic passions, love of his wife and family, the Masonic Fraternity, and “Old Iron.” He was fortunate to combine his passion with his chosen vocation working at Knecht’s Garage in Trumbull for a 40-year period.

Dave also worked as a service manager at Mario Daddario Cadillac/GMC. He culminated his career working as a security guard at Masuk High School in Monroe, where he was well loved by students and faculty alike.

As a young man, Dave was affiliated with the Trumbull Congregational Church and served his community as a member of the Trumbull Center Volunteer Fire Department.

Dave will be remembered for his contributions to the Masonic Fraternity, serving in all the officer positions at Washington Lodge #19 AF and AM in Monroe. Dave, being well loved and respected by the members, had the honor of being elected to serve as Master of the Lodge in 1984, and again in 2002.

As a member of the Masonic Fraternity, he was also affiliated with the Hamilton Commandry #5, the Baldwin/Housatonic Chapter #13 RAM and the Jerusalem/Paugusett Council #16 R+SM.

Dave’s hobbies included working on and refurbishing old equipment and tractors. His friends and family often enjoyed the benefit of his knowledge, experience, and talents as he was always willing and available to assist with all mechanical issues that were presented to him.

If you wanted to see Dave’s smile shine, all you needed to do was to show up and request that he start and run any of his equipment. He was proud to be able to show off and explain his accomplishments, being able to bring his “Old Iron” back to life. He was affiliated with the Tobacco Valley Flywheelers Assoc., and the Connecticut Antique Machinery Association.

In addition to his parents, Dave was predeceased by his five siblings, brothers Elliot, George, Lester and Ernest, sister Edith, and two sisters-in-law, Jean and Jessie V. Knecht.

He is survived by Smilie, his loving wife of 51 years, and his brother-in-law John Burek (Dedem), along with his two sisters-in-laws, Jane and Shirley Knecht. Dave is also survived by numerous nieces and nephews, along with many other second and third generation relatives — too many to count and list. He was loved by all and will be strongly missed.

In his later years, he was attended to by Margaret Kuczko, with all the exceptional skill, care and love that David deserved.

To show appreciation for the superior quality of care issued to Dave by the VA Hospital Administration, in lieu of flowers, donations can be made to the West Haven VA Hospital in his memory.

Friends and family are invited to Spadaccino Funeral Home, Route 111 in Monroe, on Wednesday, Sept. 14, from 4 to 8 p.m., to celebrate and honor David’s life and memory.

One thought on “Dave Knecht, a mechanic of 40 years, was also a beloved Masuk security guard”