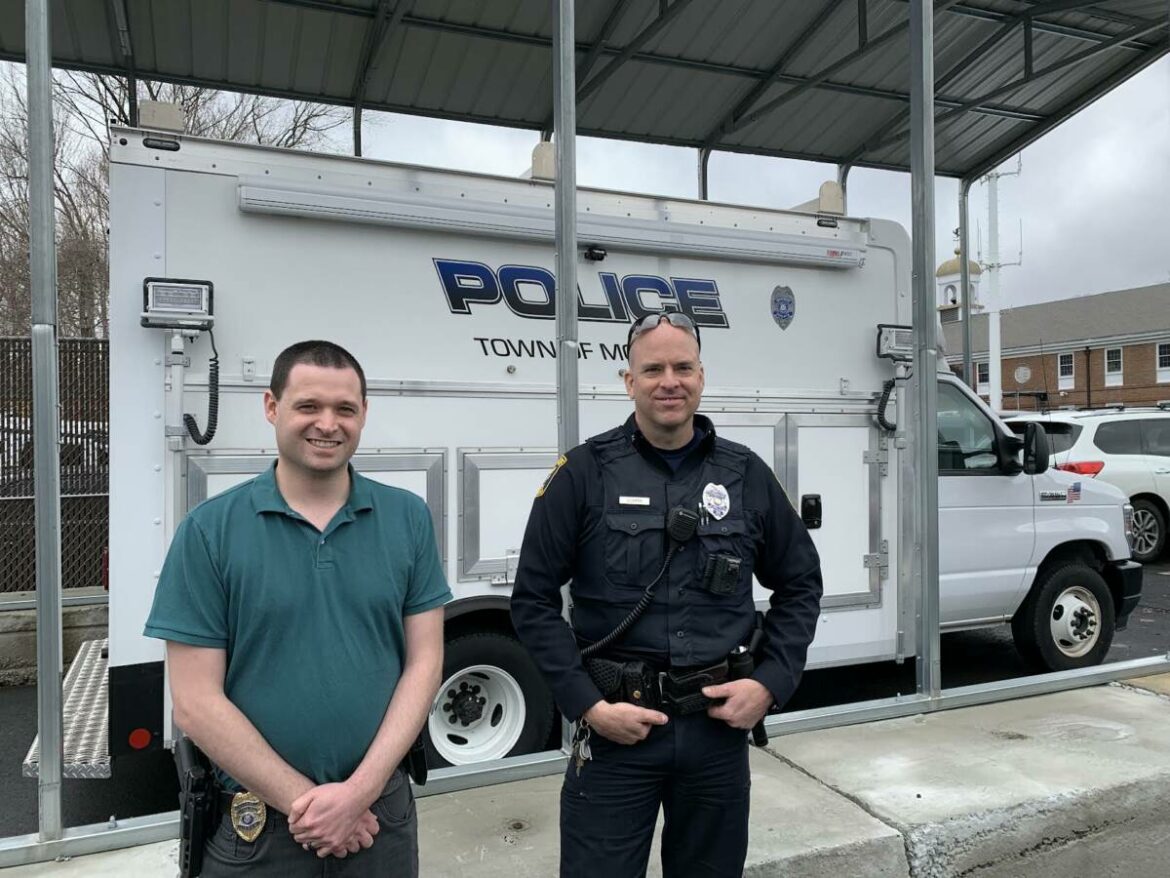 MONROE, CT — A white Hummer crashed into a utility pole on Monroe Turnpike on Sunday, April 3, ending a police pursuit that left a trail of seven damaged Waterbury police cruisers in its wake.

The scene was closed off to traffic and once ambulances took injured drivers to the hospital and firefighters checked for hazards, the Monroe Police Department’s Serious Accident Reconstruction Team moved in.

It was the team’s job to analyze the scene and collect measurements and other data needed to recreate the sequence of events leading up to every collision.

“The work they do is important, because in police work, while few cases go to trial, serious car accidents wind up in both criminal and civil courts,” Police Chief Keith White said, “and the evidence they collect at the scene is critical to the outcome of both types of cases. The roadway and the evidence accurately tell a story that sometimes witnesses and occupants cannot.”

White and Police Capt. Greg Smith once served on the Serious Accident Reconstruction Team, which is now made up of Lt. Stephen Corrone, Det. Kyle Stevens and Officer Christopher Silkman. 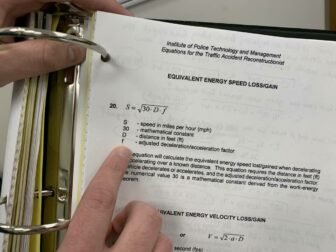 The calculation for speed is among the many formulas members of the Monroe Police Department’s Serious Accident Reconstruction Team must learn.

Members of the Serious Accident Reconstruction Team must complete six weeks of training and there are also specialty courses. For example, courses on accidents involving motorcycles and pedestrians, utility poles and on understanding airbag data.

Stevens held a thick math book filled with formulas for traffic accident reconstruction. It includes the formula for calculating speed in mph.

“Measurements become crucial when you want to figure out the speed and certain types of damage,” Stevens said. “Everything has to make sense.”

Corrone said the Serious Accident Reconstruction Team is only called to serious crashes with injuries or fatalities, in which criminal arrests or civil lawsuits are highly likely. Officers preserve and cordon off the scene before the team’s arrival.

“We do a walk through to get an idea of what took place, what the officers saw and what’s important to document,” Corrone said.

Physical evidence could be skid marks and the location and extent of vehicle damage. Stevens said contributing factors, such as weather, road conditions, vehicle malfunctions and user errors are also considered.

Other factors are braking speed and collision angles.

Corrone said accounts from eyewitnesses, as well as drivers and passengers who just went through a traumatic experience, are not always reliable. “We interview the majority of them after we document the scene,” he said.

Oftentimes, Silkman said the outcome of an investigation will be totally different from first impressions and reports. 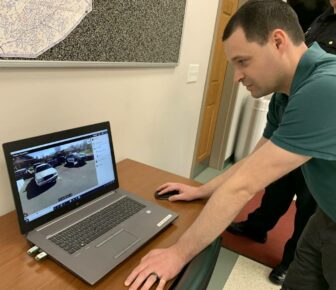 For many years Monroe’s officers had used an LTI Total Station to take measurements and accurately recreate a crash scene to scale, according to Silkman.

“It was a machine that put out a laser beam, hitting a prism and bouncing back,” he said. “The machine measures one point. We would take a thousand points sometimes. For a straight road with a curb, fog line and center line, we would use the machine every 10 to 15 feet.”

“We would load all these points into the computer to connect the dots with a drawing program,” Corrone said, adding the process was tedious and time consuming.

In 2019, the Monroe Police Department received an upgrade when it bought a FARO, a more modern machine that, when placed on a surface and leveled, spins around using a laser to take measurements as it shoots hundreds of thousands of points to produce high resolution 3D images of a crash scene.

Corrone said it is significantly faster, allowing police to reopen roads to traffic sooner and freeing up officers more quickly.

“Using the older machine, at a large scene we had to put permanent markers in the roadway to know where to merge drawings or maps,” he said. “The FARO is seamless.”

On April 3, officers moved the FARO approximately 40 times, taking scans at each location, while documenting the large scene of the Hummer pursuit. The machine took millions of points at each position. 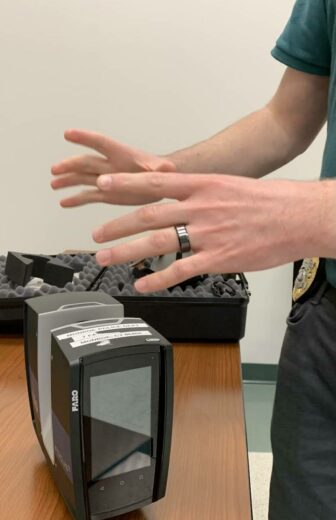 The FARO is a piece of equipment allowing police to take accurate measurements and scans of crash scenes, producing 3D images that can be analyzed back at the office.

“That would have taken us 10 to 12 hours with the older machine,” Corrone said.

“And in the end it would have been a basic drawing,” Silkman added. “It took about three hours with the FARO.”

The documentation can take as little as 45 minutes with the FARO for smaller areas, while using black and white and a lower resolution for simpler scenes.

To demonstrate the images the FARO produces, Stevens uploaded images from the police station’s rear parking lot. He could move around and in between cars shown in the 3D image on the computer screen. It also showed distances between images in the picture.

When police used the LTI, Corrone said three officers were needed, one to take photos, one to use the machine and another to hold the prism. The FARO can be operated with two officers.

In addition to the FARO, police use a Vericom VC-2000, which gives a friction value that can then be used to determine estimated speeds. A friction value varies depending on a number of factors. For example, the condition of the pavement, if it’s wet or covered with sand or ice.

Officers map out the scene, write accident reports and determine which driver was at fault.

“If there is an arrest, a team member writes the warrant and investigation results build probable cause to make an arrest,” Corrone said, “and the entirety of the investigation is used by the prosecution in court.”

Corrone has served on the Serious Accident Reconstruction Team since 2008, Silkman since 2013 and Stevens joined about a year ago.

“It just interested me in general, the technology and accidents,” Stevens said.

“I like being able to take a scene that doesn’t make sense, where people are saying different things, and getting to the truth,” Silkman said, “and ultimately bringing closure of some kind to families if they lost a loved one.”