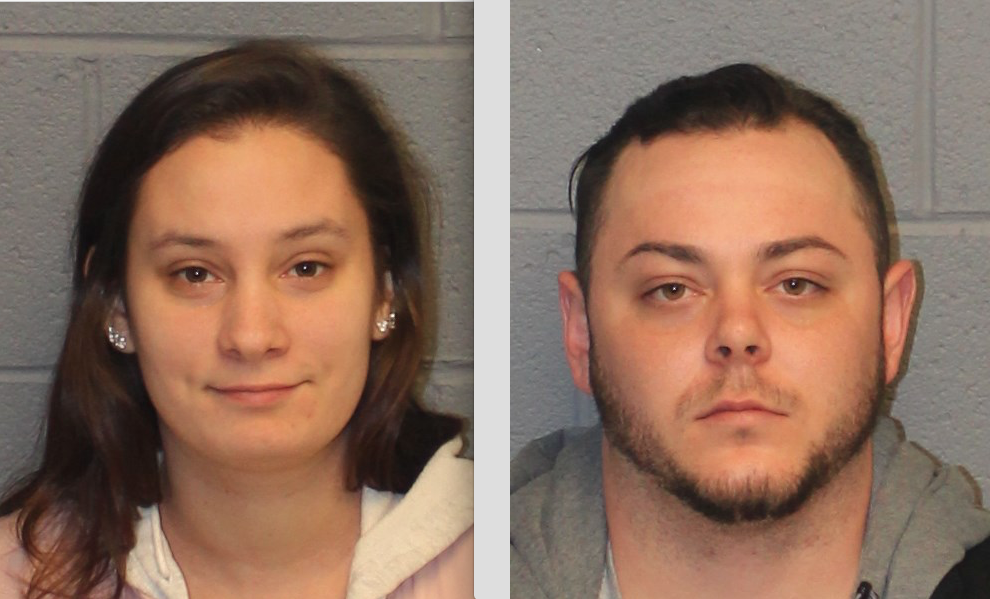 MONROE, Conn. — Police say a woman and her boyfriend staged a burglary to cover up their theft of a shotgun from her family on Oct. 23. The couple turned themselves in on warrants Tuesday.

On October 23, police received a report of a burglary in progress at Nickel Place around 12:55 a.m.

The caller told officers the burglar entered the garage and stole a shotgun and the boyfriend of a family member, later identified as Smith, chased the suspect on foot, but lost him, according to police.

Detectives’ ensuing investigation determined the burglary was staged by Smith and Lewis in an attempt to cover up their theft of the shotgun and arrest warrants were granted by the Superior Court.

Smith and Lewis were released on $25,000 bond each and are scheduled to appear in court on April 1.