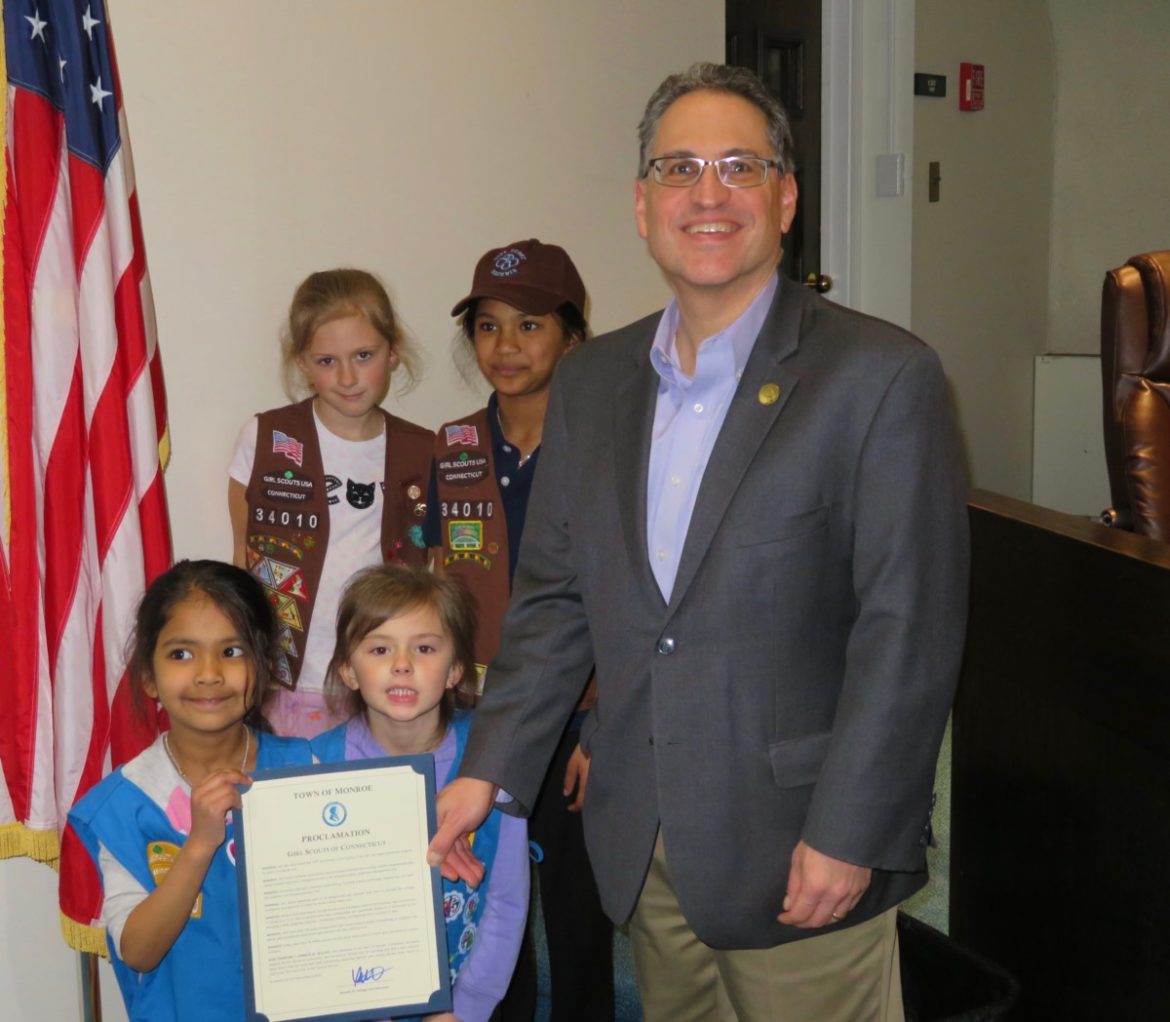 First Selectman Ken Kellogg poses for a picture with Daisies, front, from left, Samira Pudipeddi and Madelin Maurer and their older sisters, Brownies, from left, Eleanor Maurer and Savani Pudipeddi.

MONROE, Conn. — Brownies and Daisys received a proclamation from First Selectman Ken Kellogg for their fall cleanup of a garden at Monroe Congregational Church before the Town Council meeting on March 9.

In his proclamation, Kellogg noted how 2020 marks the 108th anniversary of the Girl Scouts USA, the largest leadership program for girls in the world. Today, there are more than 50 million women and Girl Scout alums and 2.6 million girls and adults are current members, he said.

“Now therefore, I, Kenneth M. Kellogg, first selectman of the town of Monroe, Connecticut, do hereby applaud the Girl Scouts of Connecticut and the Monroe Service Unit, for providing girls with a safe, inclusive space where they can hone their skills and develop leadership abilities, and I hereby declare today, March 12, 2020 to be be ‘Girl Scout Day,’ in the town of Monroe,” Kellogg said. 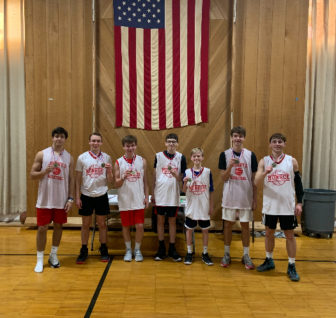