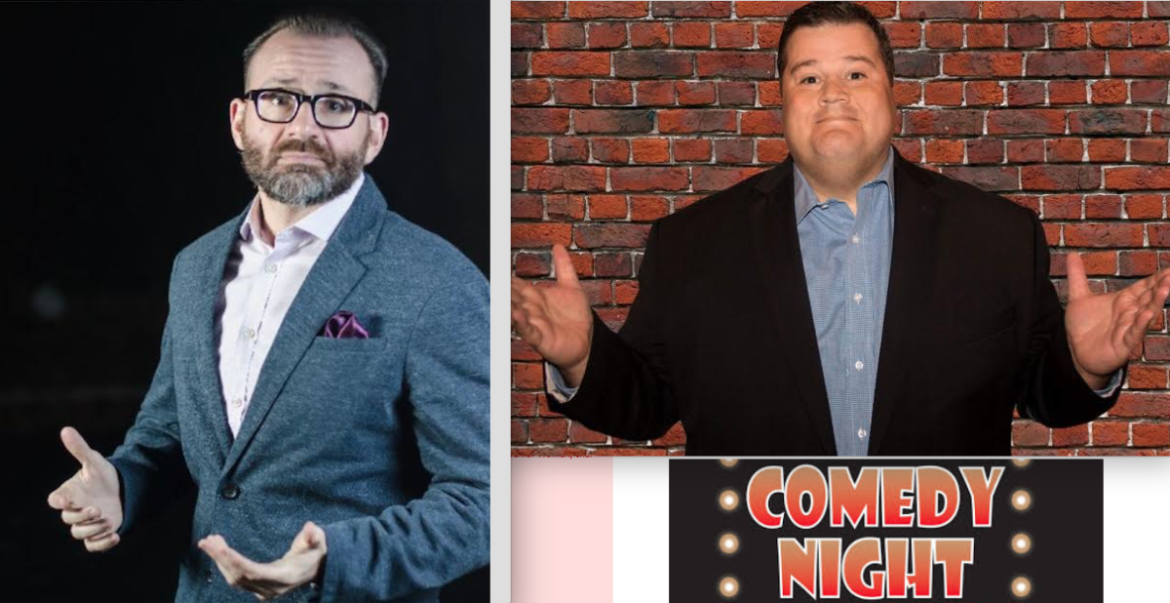 Joe DeVito, left, and Gene Trifilo will perform at a comedy show fundraiser for the Monroe Women's Club at Vazzy’s Cucina in Shelton Saturday, Oct. 26.

A comedy show fundraiser with Treehouse Comedy Productions (Laffs for Loot) at Vazzy’s Cucina in Shelton Saturday, Oct. 26, will raise money for the Monroe Women’s Club.

Headlining comedian Joe DeVito and comedian Gene Trifilo will perform in the show. The event will be 7 to 11 p.m. at the restaurant, 706 Bridgeport Avenue. Tickets are $55 tickets per person and include a buffet dinner and the comedy show.

Trifilo has performed at the Brew Ha-Ha and the Improv. His television appearances include NBC’s “Last Comic Standing” and “Laugh Out Loud.”

DeVito is a Connecticut native, who has appeared on television more than 150 times with performances on the “Late, Late Show,” “Last Comic Standing,”  “FOX TV,” “Comedy Central” and “Chelsea Lately.” His debut album “First Date with Joe DeVito” is in regular rotation on Spotify and Sirius XM satellite radio.

The evening will start with a cocktail hour of light appetizers, a cash bar and complimentary soda followed by a buffet dinner and dessert. The show will start at 9 p.m. There will also be a silent auction of themed baskets and standalone gift certificates, along with Mystery Boxes for purchase.

The event will be Halloween themed with tables of eight. Only cash or check will be accepted for the silent auction and Mystery Box items.