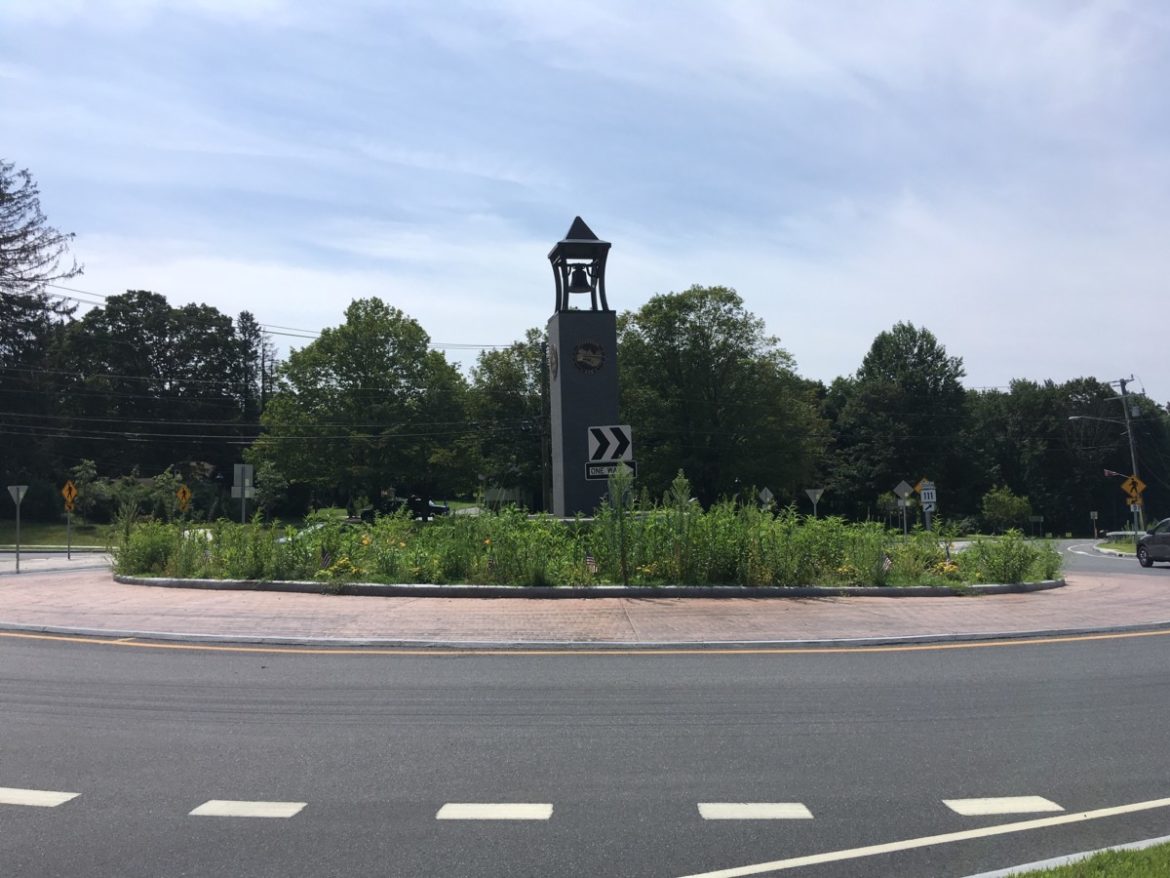 Small trees and other plantings adorn the traffic islands and rotary at the intersection of routes 110 and 111, but this summer the landscaping has been overrun with weeds.

Several people commenting on the Monroe CT Residents Facebook page complained that the traffic circle has become an eyesore and asked who is responsible for the maintenance.

First Selectman Ken Kellogg said the landscaping is the Connecticut Department of Transportation’s responsibility until the project is deemed completed and the rotary is turned over to the town.

“If our day-to-day contacts don’t get to a resolution within a couple days, then I will be escalating it on the state level, because the way it looks now is simply not acceptable,” Kellogg said Monday.

The first selectman said some minor punch list work needs to be done, including minor drainage and sidewalk repairs. Town Engineer Scott Schatzlein, who had a meeting with the DOT last Thursday, noticed some cracks in the sidewalks, according to Kellogg.

Kevin J. Nursick, a DOT spokesman, was still looking into the time frame Monday evening, but said, “we will handle the weeds, and the punch list items should be done shortly as well so we can turn the landscaping responsibility over to the town shortly too.”

Once it is turned over to the town, Kellogg said the Parks and Recreation Department will be responsible for the landscaping.

In the meantime, Kellogg said the DOT does not have to do much to improve the traffic circle’s appearance. “If they could just get in there and do some weeding, that’s all it needs,” he said.