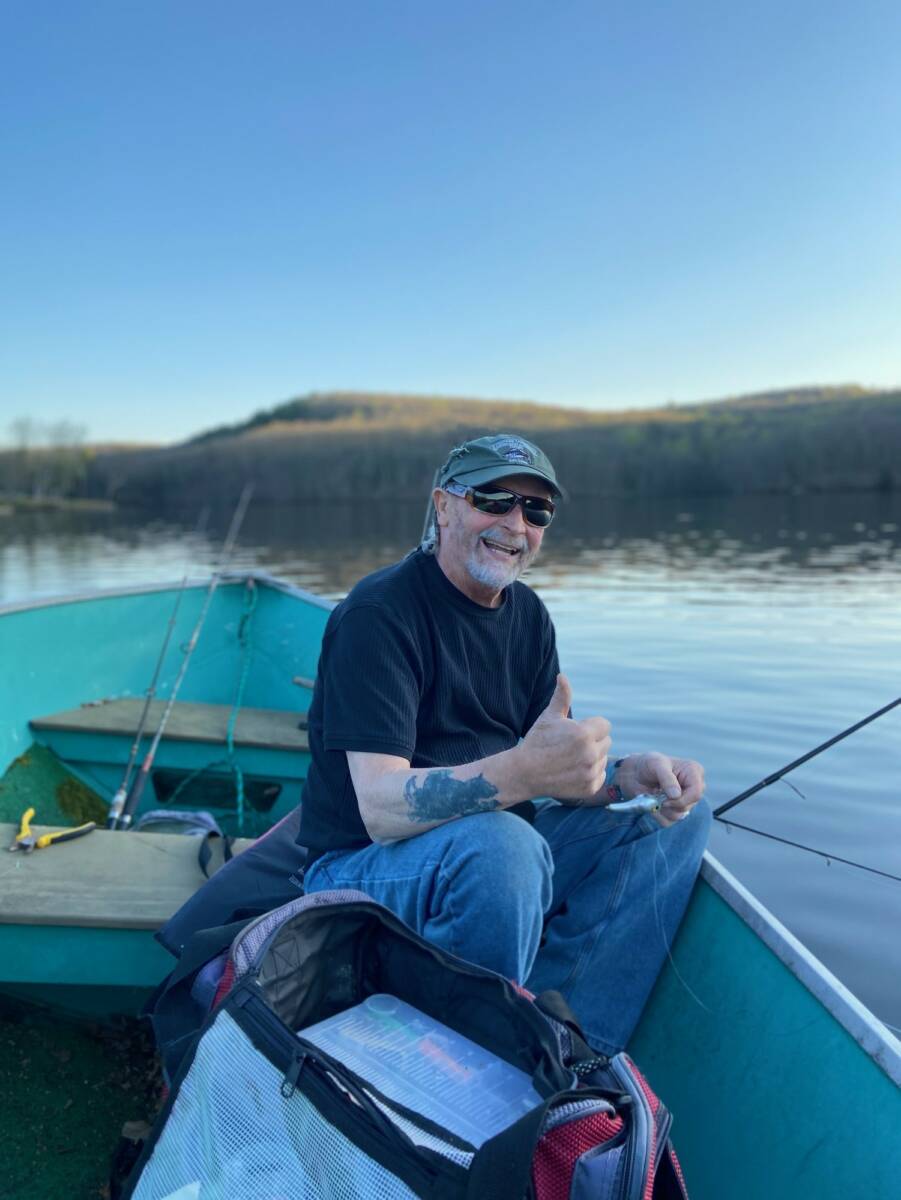 Charles G. Canfield Jr. was an avid hunter and fisherman.

Surrounded by family, the exemplary fulfilling life of Charles G. Canfield Jr. ended peacefully on Monday, May 24, 2021, after a courageous battle with Myelodysplasia. Charles was born on March 10, 1947 in Danbury, Connecticut to his predeceased parents Charles Canfield Sr. and Hattie Canfield of Monroe.

Charles aka Charlie, Chartuga, Tuna, Churly guy or the other dozens of nicknames, was a lifelong resident of Monroe and a graduate of Masuk High School. He had a long career with the Teamsters Union driving for Consolidated Freight amongst his many other careers including tiling, tool and die maker, and machinist, to name a few.

Apart from his family, Charlie loved nature above everything, being an avid hunter, fisherman, and gardener, spending as much time outdoors as possible.  Much of his travels revolved around avoiding the snow by spending winters in Florida with his son Chris and summers with the rest of the family in Martha’s Vineyard — always following the fish. If he wasn’t out in nature, he could be found shooting a little pool with his friends and family.

A bar owner in his youth and beloved guardian to the younger crowd, more recent Friday nights he could be found playing 9-ball for quarters with the guys or a Saturday putting a few hundred miles on his Softail with the crew.

He loved his family and friends and always opened his “home on the island” as he called it, to anyone who wished to visit, creating lifelong memories that will be eternally cherished by his family and friends. He had this reputation of being the life of the party as well as being friends with everyone — with the vineyard house becoming known as “Camp Canfield” and getting the title as “the cheapest babysitter” to all his friends and neighbors in the Vineyard.

Charlie was legendary with creating nicknames that stick, as he found it endearing to nickname people he was close to.

Charlie was a proud father of four children. He loved baseball and even coached his children for several years while playing softball himself. He taught his children to live life to the fullest, to constantly keep learning and trying new things, and to live as resiliently as he did. He believed there is nothing a little “wind therapy” could not cure.

He was predeceased by his oldest son Chris Canfield and survived by his sons Sean (and fiancé Megan Cook) and Ethan Canfield, and his daughter Emma Canfield (and fiancé Raphael Magri).

He took joy in the growth and successes of his children as Sean is an active member of the City of Bridgeport’s Fire Department, Ethan works as IT consultant, and Emma who lives and works on Martha’s Vineyard taking care of his home while being employed by the island’s most exclusive pool company.

He is survived by sisters Lina Canfield and Patricia Rooney. In addition to his siblings and children, he leaves behind several cousins, nieces, and nephews.

Charlie was a simple man who valued time over possessions. As his daughter Emma always said: “I think he is seeing how little he can live with as if it was a competition.” Charlie will be missed however his life will always be celebrated and his .

Friends and family are invited to celebrate his life at Spadaccino and Leo P. Gallagher and Son Community Funeral Home, 315 Monroe Turnpike, Monroe, CT 06468 on Saturday, May 29th from 1-4 p.m. with a gathering to follow back at his house in Southbury, where everyone is welcome to share memories, stories, and love for Charlie.