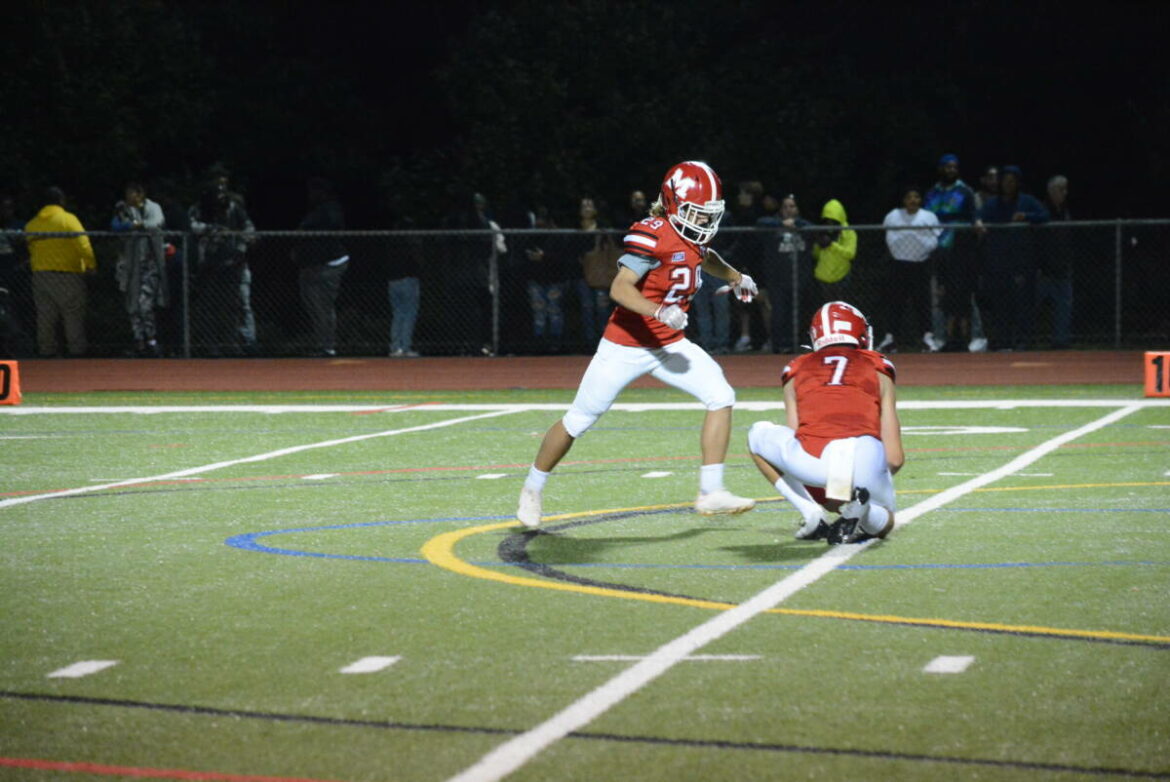 Masuk's Jackson Zylick kicks during a home game this year. Zylick had the game-winning boot to lift the Panthers past Bunnell in a nail-biter on Friday.

The Panthers overcame a 21-6 halftime deficit and trailed 28-21 before rallying again to pull out a hard-fought win.

Jason Champagne scored all of Masuk’s touchdowns, including one on a 60-yard reception. Champagne rushed 22 times for 174 yards and had a trio of catches for 70-plus yards.

“It feels great. It’s what we do,” said Masuk Coach Steve Christy, whose team seems to be involved in nail-biters almost every week. “We run the two-platoon system for a reason, so in the fourth quarter we can wear you down.”

“He’s unflappable. I don’t think he worried about that,” said Christy, noting that Zylick is a freshman who plays like an upperclassman. “He kicks like he’s a senior.”

Christy referred to running back Champagne as his equalizer. “He’s real good. To me, he’s a top five back in the state. As we proceed, we’ll make that number lower,” the coach said.

Masuk tied the score at 21 apiece on a touchdown and two-point conversion when Ryan Fideli threw to quarterback Dylan Jackson for a rare QB catch for points.

After Bunnell reclaimed the lead, Masuk came through yet again, and the defense stepped up late in regulation to make the comeback possible.

“We’re excited. When you get a win like this it has a carryover effect,” Christy said.

Masuk’s coach noted that the Panthers have a strong student section and fan support. “We have a great home field advantage,” he said.